Buddhism and the blues 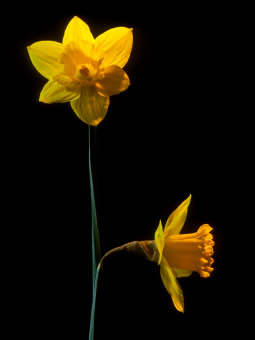 Buddhist psychology’s core techniques of meditation and awareness may have much to offer ordinary Westerners.
By: Hara Estroff Marano
From: Psychology Today

To most people Buddhism is an ancient Eastern religion, although a very special one. It has no god, it has no central creed or dogma and its primary goal is the expansion of consciousness, or awareness.

But to the Dalai Lama, it’s a highly refined tradition, perfected over the course of 2,500 years, of analyzing and investigating the inner world of the mind in order to transform mental states and promote happiness. “Whether you are a believer or not in the faith,” the Dalai Lama told a conference of Buddhists and scientists at the Massachusetts Institute of Technology, you can use its time-honored techniques to voluntarily control your emotional state.

Yes, the Dalai Lama is the spiritual leader of over 300 million Buddhists worldwide. Yes, he is the head of the Tibetan government in exile. But in the spirit of Buddhism, the Dalai Lama has an inquiring mind and wishes to expand human knowledge to improve lives. At its core, Buddhism is a system of inquiry into the nature of what is.

He believes that psychology and neuroscience have gone about as far as they can go in understanding the mind and brain by measuring external reality. Now that inner reality—the nature of consciousness—is the pressing subject du jour, the sciences need to borrow from the knowledge base that Buddhism has long cultivated.

Towards a science of consciousness
A comprehensive science of the mind requires a science of consciousness. Buddhism offers what MIT geneticist Eric Lander, Ph.D., called a “highly refined technology” of introspective practices that provide systematic access to subjective experience. Yet Buddhist psychology offers more than a method of investigation. Its core techniques of meditation and awareness may have much to offer ordinary Westerners, whose material comforts have not wiped out rampant emotional distress.

The Buddhist view of how the mind works is somewhat different from the traditional Western view. Western psychology pretty much holds to the belief that things like attention and emotion are fixed and immutable. Buddhism sees the components of the mind more as skills that can be trained. This view has increasing support from modern neuroscience, which is almost daily providing new evidence of the brain’s capacity for change and growth.

Buddhism uses intelligence to control the emotions. Through meditative practices, awareness can be trained and focused on the contents of the mind to observe ongoing experience. Such techniques are of growing interest to Western psychologists, who increasingly see depression as a disorder of emotional mismanagement. In this view, attention is hijacked by negative events and then sets off a kind of chain reaction of negative feeling, thinking and behavior that has its own rapidity and inevitability.

Techniques of awareness permit the cultivation of self-control. They allow people to break the negative emotional chain reaction and head off the hopelessness and despair it leads to. By focusing attention, it is possible to monitor your environment, recognize a negative stimulus and act on it the instant it registers on awareness. While attention as traditional psychologists know it can be an exhausting mental activity, as Buddhists practice it it actually becomes a relaxing and effortless enterprise.

One way of meditation is to use breathing techniques in which you focus on the breathing and let any negative stimulus just go by—instead of bringing it into your working memory, where you are likely to sit and ruminate about it and thus amplify its negativity. It’s a way of unlearning the self-defeating ways you somehow acquired of responding catastrophically to negative experiences.

Read the rest of this article

Evidence increasingly suggests that meditation techniques are highly effective at helping people recover from a bout of depression and especially useful in preventing recurrences. Medication may be needed during the depths of an acute episode to jump-start brain systems, but at best “antidepressants are a halfway house,” says Alan Wallace, Ph.D., head of the Santa Barbara Institute for the Study of Consciousness. But meditation retrains the mind to allow ongoing control over the content of thoughts and feelings.