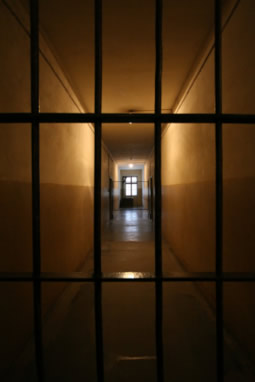 Wildmind has been active since 2003 in the State Prison for Men in Concord, New Hampshire, working with inmates who have an interest in meditation or Buddhism.

More recently we were involved in working with another group of men in North Central Correctional Institution in Gardner, Massachusetts, although some Buddhists from the Insight Meditation Society, which is much closer to Gardner, kindly got involved and took over the running of this group. This was a boon for the inmates there, since they then had volunteers meeting with them weekly rather than monthly.

Wildmind has been involved in other kinds of prison work as well. Over the last two years we have distributed hundreds of books free of charge to inmates and to prison chapel libraries. Many of these books were donated by a Taiwanese Buddhist organization, while others were damaged copies from Windhorse Publications. We are very grateful for these generous donations.

Wildmind also released one of Bodhipaksa’s guided meditation CDs as an audiocassettes that we supplied to inmates (many prisons will not accept CDs), and hundreds of copies of this have been send to inmates and prisons chapels.

Because of restructuring we decided in 2009 to wind down our book and cassette distribution program, but we continue to be involved in teaching inmates directly.