Books and other resources 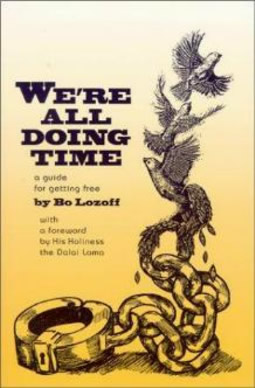 The following titles may be useful to inmates wanting to establish or sustain a meditation practice in prison, as well as to prison volunteers.

Sitting Inside, by Kobai Scott Whitney

Sitting Inside is a thorough guide, useful for both volunteers and inmates, of the challenges of practicing meditation behind bars. Kobai, who was formerly the Buddhist chaplain for the State of Washington, has experience both as an inmate and as a volunteer, and this book contains a wealth of information, including a number of suggestions for meditation practices.

This book is available for purchase from the Prison Dharma Network, who encourage you to purchase a copy on behalf of an inmate.

We’re All Doing Time is provided free to anyone in prison and to other shut-ins who can’t afford to pay for it. All proceeds from the sale of the book go to support this free distribution. Write to: Prison-Ashram Project, Rt.1, BOX 201-N, Durham, NC 27705, or you can purchase the book online.

It’s another invaluable resource for inmates and volunteers.

Dharma books for inmates of African descent are available as a PDF download for less than $8. They can be duplicated by inmate sanghas and distributed freely within institutions. The books are quite short and so reproduction wouldn’t be too time-consuming or expensive.
https://www.rainbowdharma.com/books.html

This was the first prison Dharma book I ever read. It’s a collection of short pieces by Masters, who is on death row in San Quentin. In a very informal but very well-written way, he tells the story of his incarceration and conversion to Buddhist practice. He gives a fascinating first-hand account of the realities of practice in an exceedingly hostile environment.

Dharma in Hell, by Fleet Maull

Fleet Maull, a long time student of Chogyam Trungpa Rinpoche and an ordained peacemaker priest in the Zen Peacemaker Order, founded both the Prison Dharma Network and the National Prison Hospice Association while serving 14 years in federal prison.

I haven’t had a chance to read this book yet, but it’s had good reviews. It’s available from the Prison Dharma Network.

This video tells the fascinating and moving story of the introduction of Vipassana , or Insight, Meditation to prisons in India. Available in the US from Pariyatti publications.