What does Wildmind do in prisons? 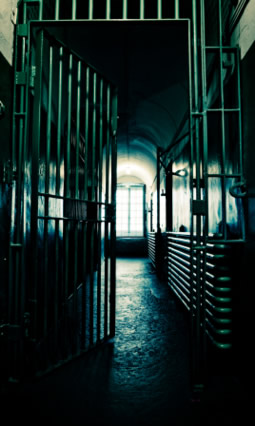 The staff at Wildmind are involved in classes at the State Prison for Men in Concord, New Hampshire. Every week we close our office and we take the roughly one hour trip up to Concord.

We didn’t start this group. The tribute for that has to go to Bodhana (formerly Dave Carr), who heroically supported the meditation and Buddhism group in Concord for many years and who continues to play a leading role there.

In the summer, even on the days when the humidity feels like a hot, wet blanket resting on your skin, we wear long pants and carry sweaters, because the chapel in which our class takes place is air-conditioned to the point that even with winter clothing you can find yourself shivering compulsively for the latter half of the meeting.

There have been times when, for several weeks in a row, we have made the 60 minute journey to Concord only to be told that for some reason, usually staff shortages, the group has been canceled. Rarely if ever does anyone from the prison call us ahead of time to let us know this, and learning to live with these disappointments is a major part of our practice as prison volunteers.

Our gathering is actually more accurately described as a group meeting than a class. The inmates trickle in a little after one, and for a while we socialize. Many of the men live in different wings of the prison and don’t have much opportunity to meet outside of this time.

About our inmate sangha

They’re an interesting group of men. Their ages range from early twenties to mid sixties. They’re a bright and intelligent bunch, and several of them have degrees at masters level. Many of them are sex offenders, while others are doing time for a variety of offenses, some as serious as murder. The atmosphere in this group is more friendly than in the average men’s meeting. The inmates are delighted to see the volunteers, and many make a point of shaking our hands as they greet us. Contact with people outside the prison walls is very precious.

When everyone has settled, we stand, salute the shrine that has been set up on the altar while we’ve been chatting, bow, and then sit once again. We chant the Buddhist Refuges and Precepts, committing ourselves to nonviolence, respect for others, honesty, and sobriety. Then we meditate.

We don’t sit for long — usually just 20 minutes or so. The whole time we’re sitting the floor shakes as heavy metal doors slam beneath our feet. Visitors come and go into the chapel, which also contains several offices. They often let the door slam the doors behind them, something I’m told doesn’t happen during Christian services. And the fans of the air-conditioning system — wafting frigid air over our bodies — rattle constantly. Learning to sit in complete acceptance of this noise is a major part of the practice. Often, as the mind settles, we go beyond mere tolerance of the noise and enter the zone of one-pointed concentration where these outside stimuli simply vanish.

Our prison meditation ends with a bell, and then after we have all adjusted to bringing our awareness fully back into the room, we do a check in. Each of us talks, sometimes for just a few sentences, and sometimes for a lot longer, on how we have been in the intervening week. Mostly we just listen with interest and empathy.

We listen with gladness to tales of minor — and sometimes not so minor — victory, where the inmates have used mindfulness and lovingkindness to deal with their problems. Over time we witness men moving from using violence as a way to solve their problems to using mindfulness and compassion.

Sometimes we’ll get into a discussion, as we help a young inmate deal with the fact that his family have stopped visiting him as often and haven’t put money into his phone account so that he can call them, or suggest ways that a prisoner can deal with his anger over having had a borrowed item returned broken.

Some weeks we’ll simply follow through on some issue that has arisen in the check-in, and discuss that fully. Other weeks an inmate or visitor will give a talk and we’ll discuss that. Sometimes we’ll watch a movie together; Groundhog Day gave much ground for discussion about the choices we make and the consequences we face.

Sometimes we’ll take a Buddhist text like the Dhammapada and reflect on what the verses mean for our lives.

These men make immense efforts to practice. Some of them meditate at 4 or 5 AM, because that’s the quietest time of day. Although surrounded by people who are exploitative and irresponsible, they work hard at applying the ethical precepts of Buddhism to their lives. One day, after a heavy rain, one of our group members, “Harry,” was walking across the yard. Another inmate asked him why he was taking such uneven steps, which must have looked very peculiar. Harry explained that he was trying not to step on the worms that were covering the paving. “Why are you doing that?” Harry was asked. Harry stops and looks at the other inmate and says, “Well, can you make a worm?”

Two of the inmates in the Concord group make meditation benches in their spare time. Wildmind for a while purchased these benches for sale on our online store, and this helped the individual inmates and the entire group. We passed our online retail activities on to a friend, and so that source of material support continues.

Wildmind has also donated copies of books to the group’s library, and thanks to the generosity of Taiwanese Buddhists and Windhorse Publications had a large selection of books available free of charge to inmates. In 2009 we started winding down our book distribution program in order to concentrate on our teaching activities.

Wildmind made hundreds of copies a guided meditation cassette for inmates. This is another activity we wound down in 2009 in order to concentrate our limited resources on teaching.