Why teach meditation in prison? 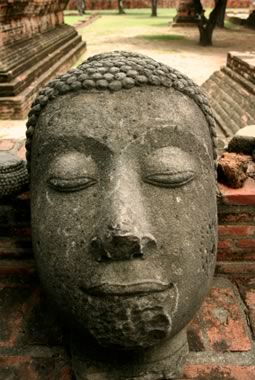 Prison life is incredibly stressful. An inmate is frequently cut off from friends and family, thrust amongst people who may be exploitative or abusive, and subject to a regime where he has little or no control over his life. (Please excuse my gender-specific language – I’m of course aware that there are many female inmates).

Prison life is often constantly noisy. Even in the prison chapel in which I teach, which you might expect to be a haven of peace, there is the constant sound of slamming doors — loud enough to make the whole room shake — and the rattle of an ill-maintained ventilation system, not to mention staff and inmates wandering in and out every few minutes, often talking loudly even during our meditations. This constant assault of noise gets on the nerves.

Prison life can be filled with arbitrary and petty mistreatment. Inmates on the way to my group may be asked by a prison officer where they are going, and when they report that they’re on the way to the meditation group they’re told, falsely, that it’s been cancelled. This kind of thing happens to inmates all the time, and creates a sense of frustration and distress.

Inmates have little or no privacy. In the prison in which I teach the best that they can hope for is to share a room with one other man. The room, originally designed for one prisoner, is as long as a single bed and about 18 inches wider. It’s impossible for two people to move around in the room at the same time. The roommate may be noisy, talkative, or needy. This creates further pressures. The less fortunate may share a small room with seven others, making quiet impossible and even making sleep difficult.

At the same time, inmates have an opportunity to pause and to look at their lives: to ask the questions, “How did I end up here?” and “Where did I go wrong?” and, perhaps most importantly, “How can I change?”

This brings some inmates to explore religion and spirituality, including spiritual paths that are new to them. Many become attracted to the idea of learning meditation techniques that can help them to cope with the stresses of prison life and to bring about positive character changes.

Some of us who follow the Buddhist path are moved to go into prisons in order to make available the powerful tools for transformation that we have seen working in our own lives. We try, as best we can, to put compassion into action, and to work for the “welfare of the many.”

Teaching in prison has been one of the most rewarding things that I have ever done in my life. It’s brought me into contact with some extraordinary men, who show a degree of compassion, intelligence, patience, kindness, and good humor in the face of adversity that frequently puts me to shame but more often inspires me to practice more seriously myself.

It’s been an enlightening experience to discover that a person is not defined by the worst thing he has done in his life. A person may commit a horrific crime and still have the potential to do great good.

I’ve known inmates who have, as a result of their meditation practice, move from being violent streetfighters to gentle protectors of weaker prisoners. I’ve seen inmates develop an extraordinary amount of patience with exceedingly trying circumstances. I’ve seen seemingly macho men show a tender concern for others. In short, I’ve seen people who have committed some of the most serious crimes possible — people that some might describe as “animals” or “beyond hope” — becoming better people.