The Buddha as warrior 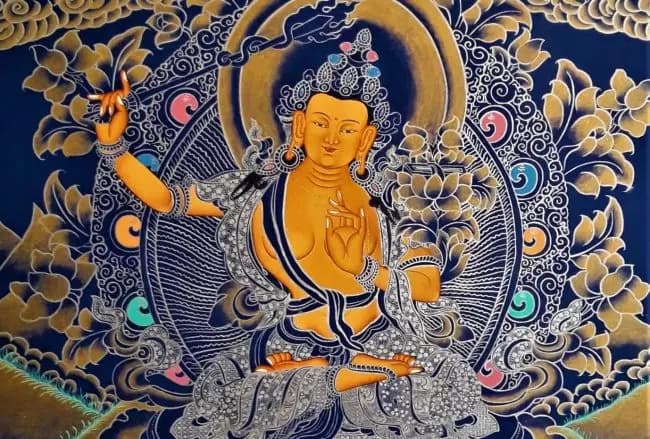 It might seem strange to think of the Buddha as a “warrior” when he is rightly seen as above all a figure of peace. Lieutenant (jg) Jeanette Shin, the US military’s first Buddhist chaplain, looks at the Buddha’s martial background.

The Buddha never advocated the killing or destruction of “infidels” of any religion or doctrine, and always recommended the path of nonviolence.

However, Shakyamuni’s life and teachings reveal a person raised to be a heroic warrior invested in honor. While he renounced the life planned for him by his parents, as a secular warrior-king, he used the language of warriors to convey the Dharma, so he could stress that following the path of Dharma required similar virtues possessed by warriors.

Siddhartha Gautama (his birth name) was born into the kshatriya varna, or caste, of ancient India/Nepal. This was the caste of the warriors, the rulers and aristocrats of ancient India. A typical upbringing of a kshatriya male included study of the Vedas (the earliest religious texts of India) and the study of archery, swordsmanship, horsemanship, etc.

Although the Buddha’s early life may sound very pampered, with his three palaces and entourage of entertainers and harem (the ancient Indian equivalent of MTV’s My Sweet Sixteen! Which would also inspire one to renounce the world), it would have been very unlikely that Siddhartha’s father, King Suddhodhana, would have neglected to provide this rigorous training for the presumptive heir of a small, regional power (and he did not become a world-renouncer until he was about age 29).

We may see evidence of this in the language that the Buddha used in expressing Dharma: martial imagery and terms like “charioteer”, “sword and shield,” “war elephants”, “banners,” “fortress,” “archers”, “arrows”, “poisoned arrows,” are all used in expressing the struggle to overcome one’s delusions and the oppositions of others.

The Buddha’s Enlightenment was described as a “battle” between himself and Mara, the embodiment of death and evil:

“King Mara, at the head of a great army of one hundred thousand, swooped down on the prince from four sides. The gods who up to that time had surrounded the prince and had sung his praises fled in fear. Now there was no one who could save the prince. But the prince thought to himself, “The Ten Precepts that I have practiced for a long period of time are my mighty army; they are the jeweled sword and the stalwart shield that guard my being. Carrying the virtuous practice of these Ten Precepts in my hand, I shall annihilate the army of demons… Instead of living in defeat, it is far better to do battle and die! But should they go to defeat to Mara’s armies even once, mendicants and sages alike will be unable to recognize, know, or practice the path of the virtuous ones. Mara, riding atop a huge elephant, you came leading a whole army. Come, do battle! I shall emerge victorious. You will not throw me into disorder. Although the human and celestial worlds were both unable to destroy your army, I shall defeat your army as a rock destroys tree leaves.” (Lalitavistara)

The ancient texts emphasize the need for determination, sacrifice, and courage for Buddhists to follow the path of Buddha-dharma, to bear up under hardships in order to achieve the highest goal a human being can attain: to conquer death, fear, ignorance, evil, and thereby attain liberation. The qualities of a good warrior are exactly the qualities needed for a serious Buddhist practitioner.

As a kshatriya, the Buddha had many advantages in getting others to listen to his message, rather than if he had been born as a shudra (peasant) vaisya (merchant) or even a brahmin (priests); it is also said that the future Buddha, as a bodhisattva, was able to chose the time and society of his birth. The religious atmosphere of the time (5th-6th BCE) witnessed a resurgence of people of this caste re-examining and questioning the authority of the brahmins, so the Buddha’s teachings became popular with them, as did the teachings of his contemporary, the Jain teacher Mahavira. Other kshatriyas also likely recognized him as such (perhaps similar to the idea of “Once a Marine, always a Marine”?), possibly one reason why he was readily accepted (and protected) by the local rulers such as King Bimbisara, and which may also explain a curious story that occurs near the end of the Buddha’s life.

As a kshatriya, the Buddha had many advantages in getting others to listen to his message

King Virudhaka declared war against the Buddha’s own clan, the Shakyas, and marched against them. The Buddha stood in his way three times. Each time King Virudhaka dismounted, paid his respects, remounted and retreated, but he kept coming back every day. By the fourth day, the Buddha did not stand in his way, and the Sakyas were defeated.

This story is very puzzling by contemporary standards: it would have been much easier for this king to simply shoot the Buddha with an arrow the first time! If he wasn’t threatened, why should the Buddha not have stood there, every day, to prevent war? This story is presented as a cautionary tale on the reality of karma. At our most idealistic moments, we may like to imagine that a simple and polite expounding of the Buddha-dharma to violent and ignorant persons can end conflict, but even the Buddha himself was unable to convince everyone he met to renounce violence, or even to accept the validity of the Buddha-dharma. This teaching infers then that not even the Buddha could prevent war; War, like other acts, results from the working of karma within the realm of samsara. If the karma is present, then we may commit any sort of act, whether or not we had even planned to do it, according to Shinran Shonin. As Plato said, “Only the dead do not know war.” This is something to keep in mind when considering the importance of the role of the armed forces and our place within it.

Even given the reality of war, we should also keep in mind that the Buddha cautions against the glorification and worship of war and violence for its own sake. As is stated in the Dhammapada:

There is no Buddhist version of ‘Valhalla.’ Everyone is responsible for his or her own karma, and should be mindful of what our present and future actions may entail, which is the causing of death and death for ourselves in battle. Preferably, people should consider this before enlisting! Even though we have voluntarily accepted this path, we should also be prepared to accept the karmic results, and also know that, like any career, our own military path will end one way or another.

The military life is not for everyone. As service-members, especially those in leadership positions and those who have been in for awhile, we know that some are simply not cut out for military service, whether it is because, on one end, they are whiners, “dirtbags” (I’m sure many people in the military have heard this word before) and outright criminals, or others who, although not bad people, simply can’t adjust to the military lifestyle.

I’m sure many of us have encountered these individuals, and also knew that the best thing for all concerned was for them to get out and go home (preferably as quickly as possible). But we’ve also known others who become very successful, who take to the military life and deployments like fish to water, look out for their people, and thrive on the warrior lifestyle, hardships and all. Chaplains see this all the time. Therefore, there are many different teachings in the Buddhist canon concerning the use of force and conflict, just as counseling is different for different individuals, just as not all wars are alike.

The Buddha must have encountered many similar situations in talking to people from different castes and professions, some he may never have associated with before, like barbers and shopkeepers; we also know that he included kings and their warriors in his audiences. We do know that he admitted them to his presence, and talked to them, advising some to renounce the life of a warrior, others he would not admit in the Sangha until after they had completed their military service. He did not shun them because of their profession. He had been one of them.

Lt. j.g. Jeanette G. Shin serves in the U.S. Navy and was commissioned as a chaplain on July 22, 2007. She was the Department of Defense’s first Buddhist chaplain. She blogs at the Buddhist Military Sangha website. Prior to becoming a military chaplain she was ordained as a priest in the Nishi Hongwanji sect of Jodo Shinshu Buddhism — a school of Mahayana Pure Land Buddhism.