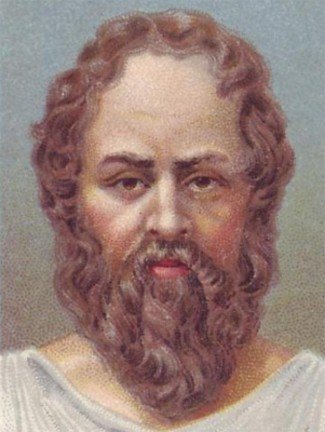 Socrates said that the unexamined life is not worth living.

Every aspect of ourselves other than the Wildmind is relatively shallow, trivial, and unsatisfactory. When we are at our most inspired, and creative – those are the times when the surface has stilled and the Wildmind is becoming manifest.

At that time I felt very unsure of myself, very insecure, and I tried to compensate for this by adopting a persona, which literally means “mask,” of course. This persona consisted of trying to appear very knowledgeable about Buddhism, and trying to impress people with my intelligence.

I suppose what I wanted was for people to be impressed and therefore to like me. Of course what actually happened was that I was a royal pain in the butt, throwing my arrogant opinions around and being critical of everyone (especially those who were far wiser than I), and finding fault in everything.

Things happen when you meditate for eight hours a day, day after day. You are forced to face up to who you really are. You try to run and hide – fall asleep, get distracted in fantasy – but ultimately there is no avoiding that person with whom, above all others, you feel uncomfortable – your own self. And I did not like my self – with a vengeance. Eventually something had to give.

I had one powerful experience where I was literally stewing in my own negativity, running over the details of a conflict that I had stirred up with another person, try to justify myself, trying to look at it from every angle but straight on, convinced that there was a way that I could be the one who was in the right. I must have invested a huge amount of energy in keeping the truth at bay – the simple and unavoidable truth that I had been offensively arrogant and insensitive to another person.

Eventually, I ran out of energy with which to fight the truth, and ran out of places to hide, and the truth came crashing through my defensive systems and swamped me. I felt awful. I felt like a piece of shit – completely worthless. I felt utterly lonely and desolate. I felt an unbearable weight of suffering descend upon me. To be honest, I had never felt so low.

Tears streamed down my face as I sat in a row of silently meditating figures in a long, low candle lit shrine room. Some of the others had blissful smiles playing about their mouths. Their meditation practices were going well, and they were in their own private heavens. In my own small corner of the shrine room, I was in a very different realm. I had constructed for myself a very potent and virulent hell.

Finding the jewel within

And yet, there was a sense of something else as well. Faint, almost imperceptible, was a feeling of relief. It was the relief, I now think, of having let go of the tremendous effort it had taken to blind myself to the truth of how badly I had behaved.

And then, an extraordinary thing happened. I was sitting there, wrapped in my blanket against the chill air, the smell of incense in my nostrils, and tears wetting my cheeks. And I had a sort of vision. I say it was a “sort of vision” because it was an internal, rather than an external experience. But it hit me just as strongly as any external vision would have.

What I saw was this: My true nature was a flawless, multifaceted jewel, hanging in the soft velvet darkness of space. The jewel was incomparably lovely, and it was the most essential thing about me, at the core of my being.

But it was soiled. The jewel was somewhat stained and dusty. These dust marks were the normal faults and foibles that I, as a normal human being, had had. But for some reason – perhaps due to some quirk of my conditioning – I could not accept these faults. I desperately wanted to be pure and flawless, and I was not. I was ashamed of my faults. I felt like I couldn’t live with them.

The most sensible thing to do, of course, would have been to get rid of them. But I realize now that I was so ashamed of having faults that I tried to deny to myself that they were there. And if they weren’t there, then how could I work to get rid of them? My alternative strategy – the one that got me into my own private hell – was to try to “mask” these faults with my persona. I tried to pretend that I had no faults. I tried to convince myself that I knew everything. I tried to rationalize away my anger. I tried to convince myself and others that I was a serious seeker after truth. And that was the biggest irony of all, because the truth was something I did not want to face. In the vision that I saw, I realized that what I had been doing was trying to hide the dirt on the jewel by applying cosmetics. And what I had created was a ludicrous dirtball. I had been getting further and further from my own true nature by pretending to be someone I was not.

It became obvious to me then, that what I had to do was reverse the process that I had put so much energy into. I had to stop trying to whitewash my own imperfections, but instead strip them away to reveal the inherent purity that was there. That is the task that I have been engaged in, falteringly, in the years since then: polishing the jewel of my own being to allow its natural radiance and beauty to shine through. And it is no false modesty to say that there is a long way to go before all the grime is gone.

All any of us has to do is to face up to the task of working patiently and with compassionate determination to polish the jewel of our being, clearing away the dust and grime to let the pure light of our own nature shine through. This is a task that requires a degree of heroism.

Sometimes it seems that it would be easier to just give up. But once a certain degree of awareness has been gained – once you realize that your normal states of mind are just the superficial dust and grime covering the essentially spotless diamond of your being – there is no turning back. There is no other way to live. As Robert Louis Stevenson said: “To be what we are, and to become what we are capable of becoming, is the only end of life.”

It is my hope that the Wildmind site will be a tool to help others find the purity in the depth of their own beings, and to live in full awareness of the loving and lucid warmth of their own Wildminds.