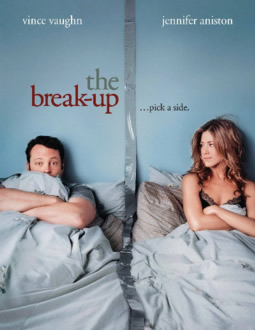 I only recently decided to become a Buddhist, so I’m still trying to work out how best to apply it to some situations in my life. I was especially wondering if there is a good way to break up with someone in a Buddhist manner. I am currently in a relationship that just isn’t working out, but I can’t think of what to say to end it without causing a negative situation. I really don’t want the person to be hurt, or for there to be bad feelings between us. Break ups most often do seem to end that way, but I was hoping that by taking a new approach this time, in keeping with the Buddhist tradition, it could work out better for both of us. Do you have any advice for me? Thank you very much!

Your question is not an easy one. You might as well have asked, What is the best way to separate someone from what they desire?

Traditional Buddhism has had little to say about relationships. Part of the reason is that Buddhist texts were preserved by celibate monks who spent their days memorizing suttas and doing formal practices such as the Recollecting the Loathsomeness of the Body. So you probably wouldn’t want romantic advice from these people (or perhaps Auntie underestimates them?)

At any rate, Buddhist practice generally focuses on the cultivation of impartial love, friendliness and awareness. How can you apply this in your situation? What might it mean to break up with someone “in a Buddhist manner”? Might it mean, for example, leaving in the middle of the night while they’re asleep? That’s what the future Buddha did before his awakening. This really pisses people off. Turns out, this story is apocryphal; the Buddha probably was never even married. Ha Ha!

Considering the celibates and the accounts of the deadbeat Buddha-dad, not to mention the various Buddhist abominations to good taste (at least in titles) such as ‘If the Buddha Dated,’ we don’t have much to go on here. Perhaps Auntie may be excused in turning now to a non-Buddhist source, such as Richard Nixon, for guidance.

Here’s what he said at the White House after he resigned:

Always remember others may hate you, but those who hate you don’t win unless you hate them. And then you destroy yourself.

Not that your former girlfriend or boyfriend will necessarily hate you, but they might. And even though you seem pretty mellow at the moment, you could start hating him/her later. (And all this in response to the person we gazed at with doe’s eyes perhaps only days before — tragic!) And even though of course in many ways he was an unethical person, take the good advice from Tricky Dick and try not to get swept away by aversion. Set an intention for yourself to speak in a way that you can be proud of later – or at least in a way you will not regret.

Beyond this it’s hard to make specific suggestions about how to approach this without knowing the particular personalities. [Dear readers, when you ask for Auntie’s advice PLEASE give her more detail!] Moving into the future, examine your mistakes as much as possible and resolve not to repeat them or, at worst, resolve to bring more awareness to them next time around. Try not to base choices in your life on what is essentially a pheromone fog. This will reduce suffering for all.