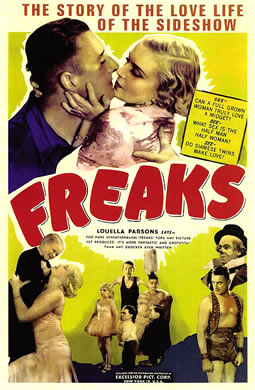 I am a Buddhist working in rehab, which is a very Christian environment, so I was happy to discover a co-worker sporting Buddhist memorabilia at her work site. I wanted to have a friendship with this woman because I believed we might have a lot in common, at least spiritually. However, all my attempts to get to know more about her have been thwarted.

When I ask her about herself she changes the subject or says let’s talk about that sometime… then we never do. She never reveals anything. Most of my co-workers don’t like her and the patients complain about her. They say she doesn’t listen and is not empathetic. One day she misinterpreted an innocent comment I made about her being new and inexperienced. She mentioned it to a coworker, completely distorting what I said. When I confronted her she wouldn’t answer me and just stopped talking. I’m starting to think she’s a bit of a freak and I don’t know if I should pursue this. Have any ideas?

In order firstly to determine whether or not this woman is a freak, I watched the definitive 1932 film “Freaks,” in which a gorgeous trapeze artist called Cleopatra becomes the lover of the strongman Hercules, but pretends to love the rich German midget Hans, who is in love with her. When The Living Torso, The Pinhead, and another German midget ask Cleopatra to spare Hans from the deception, the fact that Hans is an heir of a great fortune is leaked… But I won’t reveal any more. Apparently the bearded lady hated the film and ended up regretting her participation. I regret that the lady lived long before the appearance of my column on body hair. At any rate it’s clear at this point that your ersatz Buddhist friend at work is not a freak.

Still, you could rethink your approach. Consider the fact that almost all of us want to be seen as competent and can find it painful when we feel we are not. Many people will react badly to being referred to as new and inexperienced even if — perhaps especially if — they are. One of the slogans I like from Nonviolent Communication is “Connection before Correction.” This means that rather than being concerned with being right (or with showing how wrong the other person is) we shift the priority to finding a deeper understanding of the situation. Specifically, trying to see what is behind the words. Certainly she was upset by your comment. So rather than confronting her, you could see that she was upset and respond to that, or just tell her what you meant.

But that particular situation has already passed. At the end of the day she may not want to be your friend; you may not want her as a friend. But you can try being kind and see what happens.