“The Brain and Emotional Intelligence: New Insights,” by Daniel Goleman 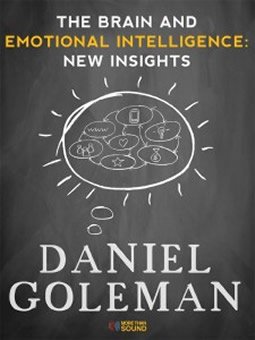 Although Daniel Goleman’s breakthrough book was the classic Emotional Intelligence, it is his Destructive Emotions that has most impressed me. Destructive Emotions provides the edited highlights of one of the Dalai Lama’s periodic interdisciplinary conferences, and it was the first book to reveal to me the serious scientific work that was being done investigating how the the meditating mind works.

Destructive Emotions kicks off by describing an extraordinary study conducted on a western-born Tibetan monk, who agreed to meditate while having his brain’s functioning studied by functional MRI and EEG. These studies revealed the the monk had developed an extraordinary ability to remain focused in a distracting environment, that he was able to generate compassion at will, and that his experiences of compassion were accompanied by extraordinary shifts in brain activity that are known to accompany positive emotion.

This was my first introduction to these kinds of studies, and so I was delighted to hear that Goleman has a new book coming out that explores the implications of these, and more recent, studies on the brain and emotional regulation.

The Brain and Emotional Intelligence: New Insights is a short work, and it’s Goleman’s first digital-only book. It “provides updates on the key findings that further inform our understanding of emotional intelligence and how to apply this skill set.” It’s aimed at those working in the emotional intelligence field, and who need to apply the concept in effective action — leaders, coaches, human resources officers, managers, and educators — but I believe it’s also a must-read for anyone interested in the overlap of science and spirituality.

In The Brain and Emotional Intelligence Goleman convincingly cites studies that support his contention that emotional intelligence is a phenomenon separate from IQ. As Goleman observes, echoing Howard Gardner,

“For an intelligence to be recognized as a distance set of capacities there has to be a unique underlying set of brain areas that govern and regulate that intelligence.”

Using the work of Reuven Bar-On, Goleman shows that it is in fact the case that there are distinct circuits in the brain for emotions and emotional regulation, and these are duly outlined, along with accompanying diagrams (which are unfortunately in black and white on the Kindle).

In highlighting the importance of self-awareness in emotional intelligence, Goleman recounts the fascinating case of a brain-damaged lawyer whose intellect was unaffected, but who was unable to make even simple decisions. Unable to connect his thoughts with his emotions, he was rendered unable to tell good decisions from bad. “In order to make a good decision, we need to have feelings about our thoughts.”

The most important decisions we make are those laden with ethical significance, and the mechanisms of these kinds of decisions are explored. One of the most extraordinary things I learned here was that some parts of the brain are unable to communicate directly with each other, and that they use nerve clusters in the gastrointestinal tract as a relay. It appears that “gut feelings” have a scientific basis. As someone who both relies on gut feelings and who teaches others their importance, this was an important validation.

I was fascinated to learn, in the chapter “Self-Mastery: The Right Brain State for the Job,” about the pros and cons of various positive and negative mental states. In positive states of mind we are more creative, but may also be less discriminating. In negative moods we may be unpleasant to be around, but we also pay more attention to detail, are more able to stick with boring tasks, and are more inclined to think for ourselves.

A chapter on “The Creative Brain” discusses the neurophysiology of creativity, and gives important suggestions about how to make creative insights more likely to arise.

The chapter on “Self Mastery” explores the territory of emotional regulation, and how the amygdala, responsible for the “fight or flight” reflex can hijack the entire brain, leading to stress and panic. Goleman identifies the top five “amygdala triggers” in the workplace: Condescension and lack of respect; being treated unfairly; lack of appreciation; believing that you’re not being listened to; and being held to unrealistic deadlines. Simply being aware of these is helpful, but Goleman goes on to suggest strategies and tools that make an amygdala hijack less likely. These include self-awareness, self-talk, empathy, and (naturally enough) meditation.

Goleman goes on to summarize important research on various topics such as motivation, stress (including how much stress is the right amount), how rapport emerges, why it is that online interactions can be so much more contentious than real-life encounters, gender differences in the brain regarding empathy (and here Goleman rightly stresses that the differences may be true in general, but do not apply to every individual), and sociopathy (a condition suffered by those who do not care about the effects of their actions on others). In most cases the approach is not merely theoretical. The theory is fascinating, but Goleman’s drawing out of the implications for all this on our lives and for practice are, for me, the key element.

The chapter on schools is fascinating, and left this reader with a warm glow. That on developing emotional intelligence emphasizes that the brain grows new cells throughout life, and that the brain is plastic. It also walks us through the difficult task of learning new skill and, more importantly, of unlearning old skills, by looking at the underlying changes in circuitry that take place during learning. Here Goleman draws together lessons from his own book, stressing how we can generate commitment, use self-awareness to develop detailed learning plans, and tap into the brain’s capacity for mental rehearsal.

In a way I thought that the order of the final two chapters should have been reversed, leaving us with practical advice rather than with the discussion of how emotional intelligence techniques are being used in schools, but I’m sure that there is research somewhere showing that books are more effective when they leave you with the pleasant feelings that result from a human interest story that is also a success story. And I’m sure Daniel Goleman knows about that research!

The Brain and Emotional Intelligence: New Insights is a book I’ll be returning to over and over. I’d highly recommend it for anyone, and not just the businesspeople and trainers at whom it seems to be primarily aimed.