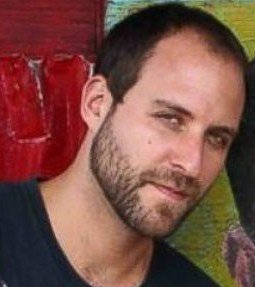 There’s an unusual connection between Ebola and Buddhism.

Ashoka Mukpo, one of a handful of Americans who have contracted Ebola, was identified soon after his birth as a reincarnated lama, or Tulku.

Mukpo is the son of Diana Mukpo, who married Tibetan lama Chogyam Tungpa in Scotland. Ashoka is not Trungpa’s biological son, but was raised as his child after his mother became pregnant while romantically involved with another of Trungpa’s followers, Dr. Mitchell Levy.

As a child, Ashoka was identified as the reincarnation of Khamyon Rinpoche, and he was enthroned as a tulku in Tibet.

Although Mukpo regards himself as a practicing Buddhist, he decided not to pursue a monastic life, and he works in the U.S. division of Human Rights Watch. He has also worked as a freelance cameraman for Vice News, NBC News and other media outlets. He spent two years working in Liberia, doing research for the Sustainable Development Institute, a nonprofit that highlights the concerns of workers in mining camps outside the west African country’s capital, Monrovia.

It was in Liberia that he was diagnosed with Ebola. Soon after he was moved to Nebraska Medical Center for treatment, where he is recovering.

NBC News reports that his parents say he “would likely rather the attention be paid to the West African countries that have been ravaged by the disease.”

Although many people in the west are anxious about Ebola, we should remember that the vast bulk of the suffering that’s taking place is in Africa, where thousands have been infected, and where its possible that a million people could contract the disease.

This article on Forbes suggests ways that individuals can contribute to fighting Ebola in Africa.