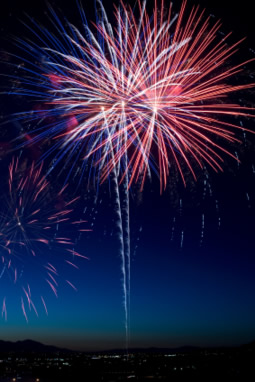 It’s been a busy year. We’ve redesigned the site, reorganized our news section, and added many hundreds of new posts on the theme of meditation and spiritual practice. So now it’s time to pause and look back with some fondness and appreciation at the most popular blog articles that were published on Wildmind in 2008. But before we do so, we’d like to thank you, our 1.5 million dear readers, for taking an interest in what we do and for posting interesting and insightful comments. All the best in 2009!

10. Back in February Wildmind welcomed the awesomeness that is Auntie Suvanna (aka Dharmacarini Suvarnaprabha of the San Francisco Buddhist Center). Auntie Suvanna dispenses wit and wisdom in equal measure as she helps mere mortals like ourselves with their problems, both spiritual and mundane. In her debut Ask Auntie Suvanna column she offered solace to a seeking soul who was comparing her breast-size unfavorably with the bodacious curves of female Buddhas and Bodhisattvas. For those of you who have been missing Auntie of late, do not despair. She’s merely taking a sabbatical and waiting for some good questions to come in.

9. In March, Bodhipaksa riffed on a saying by SÃƒÂ¸ren Kierkegaard, “Purity of heart is to will one thing.”

7. In October, our resident teacher and blogger Sunada shared heartfelt advice on Being an introvert in an extroverted world

6. Author, activist, and performer Vimalasara graced our pages back in March, with a fascinating account of Waking up into the moment

5. In his regular monthly “quote of the month” column, new dad Bodhipaksa shares some of what he’s learned through observing his young daughter’s consciousness evolving by discussing a quote by Muhammad Ali, “Children make you want to start life over.”

4. And it’s Bodhipaksa’s “quote of the month” column again, this time discussing AnaÃƒÂ¯s Nin’s saying, “And the day came when the risk to remain tight in a bud was more painful than the risk it took to blossom” and sharing lessons he has learned the hard way.

3. Bodhipaksa once more, this time with some practical advice on how to use meditative techniques not to wake up but to get yourself to sleep: Meditation and insomnia

2. In March, Sunada reveals how we can see our “difficult” mental states as teachers rather than as problems in Anxiety, depression, anger… Paths to purification?

1. But our most popular post of the year was guest blogger Lieutenant Jeanette Shin outlining her vision of The Buddha as warrior. Lt. Shin was the US military’s first Buddhist chaplain, and she serves in the US Navy. Thank you Lt. Shin!

Wildmind Meditation News
We comb the internet, looking for news stories related to all forms of meditation, whether Buddhist or not. To date we have posted thousands of news stories that cover everything from meditation and health to meditating celebrities. When we publish a story that's favorable to or critical of one form of meditation, this does not imply that we agree with the stance of the original news story.
Buddhist chaplains, depression, friendship, insomnia, kalyana mitrata, Kierkegaard, meditation for children, warriorhood