A day without complaining 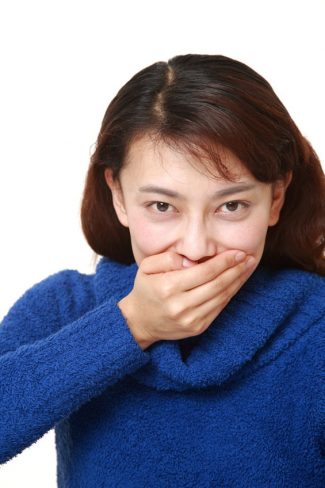 In Buddhist practice, we cultivate something called “mudita.” Mudita is most commonly translated as “sympathetic joy,” which can sound a bit odd since nowadays we think of sympathy as being concern about someone’s suffering. Being sympathetic about happiness might seem peculiar.

But in earlier days the word sympathy meant more like the current use of our word “empathy.” And in fact, you’ll often see mudita translated these days as “empathetic joy,” meaning that we feel happy when others are happy.

But I don’t think that’s what empathy is really about. In a very early meditation text, called the Vimuttimagga (Path to Liberation), we’re asked to cultivate mudita in the following way: “When one sees or hears that some person’s qualities are esteemed by others, and that he is at peace and is joyful, one thinks thus: ‘Sadhu! Sadhu! May he continue joyful for a long time!'”

Sadhu means something like “Hurray!” The crucial thing here is the link between having good qualities and — as a consequence — experiencing peace and joy.

Mudita is the third of a series of practices, which begin with metta (kindness) and karuna (compassion). Kindness is wanting others to be happy, and behaving accordingly. Compassion is wanting beings to be happy, but recognizing that they’re often afflicted with suffering. Because we want beings to be happy, we therefore want them to be free of suffering, and (again) act accordingly. The “acting accordingly” thing is important. Kindness and compassion are not things that we simply feel, but that we do. They’re actions. They’re ways of relating to and interacting with the world.

Mudita recognizes that if we value beings’ happiness, and if we therefore want beings to be happy, then we must want them to have the causes of happiness.

So what are the causes of happiness? Lots of money, a beautiful/handsome partner, and a nice job, obviously. Just joking! Psychologists have put a lot of effort into studying what factors lead to happiness, and material wealth is pretty far down the list. Far more important are things like being involved in loving and supportive relationships, having a sense of meaning and purpose in life, doing things for other people, expressing gratitude, being mindful, forgiveness, and optimism. So, mudita is: valuing, appreciating, and encouraging what is positive in others, and leads them to experience peace and joy. Since mudita is appreciation, and since practicing it is joyful, I translate it as “joyful appreciation.”

Mudita is appreciation; complaining is its opposite. The Vimuttimagga says that the “non-fulfillment” of mudita is both “resentment” (internal complaining) and “derisive action” (complaining that we do out loud).

Today I’m suggesting that we become more mindful of complaining, in particular. If you focus on noticing the “out-loud” complaining you do, that’s a good start. It’ll help you to become more aware of the internal complaining—resentment.

It’s been interesting, over the last week or two, to pay more attention to my tendency to complain. I can be a bit snarky about things that frustrate me, like computer programs or mobile apps that often don’t function as advertised (I’m talking about you, Siri!). And we have a running joke in the office about the amount of noise made by the trash and recycling trucks that visit not just our building but several adjacent ones, too. But one thing I’ve realized is that I don’t complain as much as I assumed I did, which is good news!

Mostly this complaining is pretty good-humored, which actually makes it hard to know sometimes whether I’m complaining or not! Commenting that the recycling truck is particularly noisy today — is that a simple observation, or is it a complaint? I guess it depends on the tone of voice, motivation, etc. This may not be an easy practice!

In the past, trying not to complain would have been challenging in another way — I used to do so much of it! When I was younger, I complained all the time. I guess I thought it made me look smart. I remember when I was at university, my girlfriend’s best friend once gave me a ride back to their home town. Afterward she commented to my girlfriend that I kept up a constant stream of complaints about one thing or another for the entire 90 minute journey. When my girlfriend told me of this, I was mystified. Apparently, complaining was something I did so habitually that I wasn’t even aware I was doing it! That’s a completely different kind of difficulty from what I face today.

Over the years I’ve been practicing, I’ve worked on complaining less. This is the result of applying the Buddhist speech precepts—ethical guidelines that encourage us not to 1) be untruthful, 2) speak harshly, 3) indulge in trivial and distracting conversation (still working on that one!), or 4) sow disharmony. I’ve gotten better at training myself not to lie, not to exaggerate others’ faults, not to present a skewed and misleading picture when I’m talking about others, not to gossip maliciously, not to indulge in blame, and so forth. All of this was a big challenge when I was going through a divorce just a couple of years back! But it’s a good practice!

Of course, wanting to complain but restraining yourself feels unpleasant, like trying to hold in a fart at a dinner party. It’s a good thing to do, but it’s not a comfortable feeling! It can be a relief when you give up the effort and just let out your snarky comment. But that relief is temporary. Complaining really doesn’t makes us feel good. And the discomfort of holding in our complaints is temporary too. As we get used to complaining less, we’ll start to experience the benefits. And so will those around us!

So I suggest that you give this a go. See if you can become more aware of your complaining. The point is not to notice how often other people complain! (Strangely, this is often an early response to practicing ethics.) Nor is the point to give yourself a hard time when you catch yourself in the middle of a rant. When you do notice that you’ve been complaining, or are about to complain, just take a breath and let go. Maybe you’ll think of something skillful to say, maybe not. But each time you do this at least you’ll be taking a small but important step toward living with joy and appreciation.

I don’t know if I am ready to give up moaning Bodhi. I’m a Scot. It’s what we do.

Beautiful article. I can relate to your words. I intent that I practise Mudita today:)
Thank you, Maria