Accepting that your brain sucks can make you happier 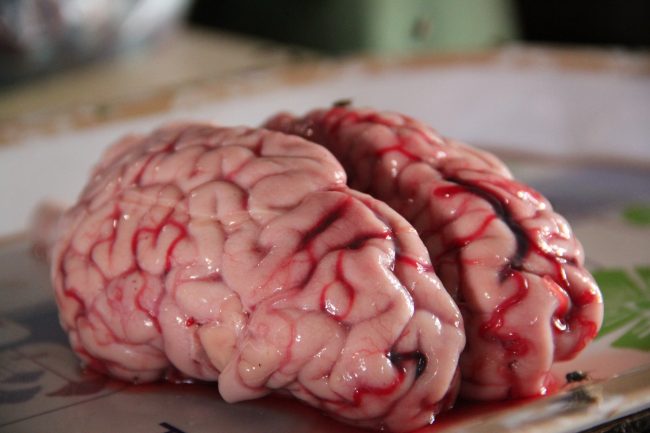 Imagine that scientists announce that they’ve managed to make a primitive computer out of meat, and that this computing device is able perform tasks such as solving a maze, or even doing simple arithmetic with a reasonable degree of accuracy. What an astonishing (and slightly creepy) story that would be!

What’s more astonishing is that you’re reading these words—a far more complex task than in my hypothetical example—using a computer made of meat. Your brain is made mostly from protein and fat, and yet it’s able to make sense of the world around it. It’s astonishing also that these meat-based computers in our heads require electricity to work, and yet function in a wet environment. The whole thing is incredibly unlikely! And yet it kind of works. Not only are you able to read this article, but meat-based computers designed and build the device you’re reading it on, as well as the communications networks that allow you to connect with this article whether you’re in Juno or Johannesburg, La Paz or Lhasa. Meat-based computers, right now, are using robots to extend their senses into space and even to other planets.

The reason I’m pointing out how absurd and amazing it is that our brains are able to function at all is that a lot of the time we expect a degree of performance from ourselves that’s simply unattainable. We want to be able to sit and meditate, and experience calm, and instead we experience an endless stream of thoughts. We try to remember information, but keep forgetting things, even when they’re important. We’d like to be patient, and yet we keep losing our tempers. We’d like to be happy, but a lot of the time our experience is less than satisfactory.

When we expect perfection from ourselves or each other, we set ourselves up for failure. For in truth these meat-based computers of ours are quirky, fragile, and unreliable, even under the best of circumstances. Your meat-based computer malfunctions when it runs low on fuel, when it is required to process too much information simultaneously, or when it isn’t powered down sufficiently (roughly six to eight hours per day for a full-grown meat computer).  Under those circumstances it not only performs badly on cognitive tasks such as memory, but believes itself to be under attack and acts accordingly, or creates narratives about its own lack of worth.

When we expect perfection, these defects upset us. We can become critical of ourselves (“Damn, how could I forget. I’m so stupid!”), slip into denial about them (“You didn’t need to remind me to take out the trash. I was just about to do it anyway!”), or deflect (“Well, you lost your car keys three months ago!”). Life becomes much easer when we realize that meat-based computers don’t function that well, and that we’re bound to slip up.

When I become irritable and yell because I’m overloaded (for example I’m cooking, trying to get my kids to do their homework, and also reading text messages that have come in) I feel a great sense of relief to realize that it’s not that the world is a horrible place, and it’s not that I’m failing in being a good dad. It’s just that my brain, my meat-based computer, is running low on glucose and is trying to do too much at once. It’s easier for me to forgive myself, to regulate my emotions, and to change my behaviors so that I’m less stressed.

Notice that I’m not saying, “Keep on losing your temper. Your brain does a pretty crappy job anyway.” I mean just that you shouldn’t beat yourself up about being imperfect.

I’d also like to suggest that you can compensate for your brain’s weaknesses if you understand them.

And realizing how finicky my meat-based computer is, I can take better care of it and provide it with better conditions. I can make sure that it does get powered down for eight hours. I can keep it fueled. I can give it breaks during the day. At keys times I can disable notifications on the silicon-based computer I carry around in my pocket, so that I’m not bombarded by information. I can meditate daily so that my meat-based computer works at optimum efficiency.

We can apply those considerations to other people as well. When someone forgets something we can  remind ourselves that this isn’t unusual. When a child or spouse is moody or behaves in ways we don’t like we can empathetically consider that their meat-based computers may not have the conditions they need right now to function effectively. With more understanding we can kinder and more supportive.

Well all I can say is ?. Great article. Thanks.

I’m glad you enjoyed it.