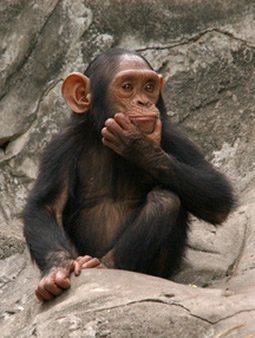 Some recent and ongoing research sheds light on how the experience of depression arises, and also squares with the Buddhist teaching on the hindrance of doubt (vicikicchā).

Buddhist meditation traditions speak of five hindrances to meditation. No, this isn’t things like throbbing knees or the neighbor playing his stereo too loud. The hindrances are five mental states or activities that “hijack” the mind and make it hard, if not impossible, for us to stay focused in meditation. The central one of these hindrances is doubt.

In English we use the word doubt to mean many things. We can talk about doubt in terms of a willingness to question, and a desire to seek the truth without taking ideas on board too quickly. You might be skeptical, for example, that there are in fact five hindrances to meditation, and want to know more about them. You might want to test out in your experience whether this model is valid and useful. And those are very useful responses. That’s part of the meaning of the English word doubt, but in Pali, the word vicikicchā is much more specific. It refers to a lack of confidence and clarity.

Doubt has a more cognitive aspect as well. Accompanying the confused, critical, and sometimes depressed emotions are various kinds of disordered thinking. For example, we may be having a hard time with a task we’re working on — whether it’s meditation or something at work — and we generalize this into statements about ourselves (“I can’t do this … I’m not getting anywhere”) or about the task (“Meditation is stupid … this is pointless”) or about the world generally (“This isn’t fair … life sucks”).

Part of the cognitive distortion is that we’re temporarily unable to remember any counter-examples — times that we succeeded and when the task went well, and times when we experienced obstacles and difficulties and overcame them. We think of ourselves as trapped, and stuck, and can’t imagine any creative way out of our situation. The hindrance of doubt hijacks the mind — both our emotions and our thoughts — and leaves us feeling trapped.

The other day I was talking to a meditation student who is writing a novel, and he talked about the difficulty of actually finishing his writing. Being on the verge of completing a project, or being on the verge of a breakthrough, can often trigger doubt. Say the book isn’t popular; how are we going to deal with that? Say it is popular; we’re then faced with the problem of adjusting to a new self-view, and the dread of having other people’s expectations of future success to live up to. Sometimes it seems best just to delay completion.

The research I mentioned earlier, which is described in a New York Times article, illuminates the connection between the emotional aspect of doubt (at its most extreme, depression) and the cognitive.

People were given words, like “rejection” or “loved” and were asked to come up with one specific memory connected with the word. The word specific here meant an event that lasted less than one day.

For “rejected,” one participant answered, “A few weeks ago, I had a meeting with my boss, and my ideas were rejected.” Another said, “My brothers are always talking about going on holiday without me.”

The second answer was wrong — it is not specific, and it refers to something that took place on several occasions.

You can see how the second response is a generalization. It’s highly unlikely that the brothers in question were literally “always” talking about going on holiday without the participant who wrote that comment. Sometimes people will take one or two examples that happened on specific occasions, and generalize them into an “always.” Sometimes counter-examples will be ignored: the time the writer was invited to go on vacation with his or her brothers but wasn’t able to go, or chose not to go for some reason. Sometimes the generalization in these cases is built on a misunderstanding: the intent wasn’t to exclude, perhaps, but the joint holiday was based on an activity that the brothers shared (like rock-climbing) and that the writer didn’t. With doubt, all the nuance gets squeezed out of the experience, and we’re left with a tight, hard statement of hopelessness expressing doubt in the brothers (“they don’t care about me”) and oneself (“I’m not likable enough to be invited”) and even the world (“Nobody likes me”).

These over-general memories seem to be connected with the arising of depression and related conditions:

Scientists at the University of New South Wales in Sydney, Australia, assessed 46 firefighters during their initial training and again four years later, when all had experienced traumatic events like seeing comrades injured or killed. Those who could not recall the past in specific detail during the first assessment were much likelier to have developed the disorder by the later one.

Interestingly, Dr. Mark Williams, who is well-known for his research into how meditation can help with depression, has

induced an overgeneral style in subjects by coaching them to recall types of events (“when I drive to work”) rather than specific occasions (“when I drove to work last Saturday”). He found they were suddenly less able to solve problems, suggesting that overgeneral memory is capable of producing one symptom of depression.

Doubt is treatable. My advice to students when doubt arises in meditation is first to deal with their posture. When we’re feeling depressed the body usually slumps and the head drops, and this posture reinforces the feelings of depression. When we straighten up the body it’s harder to feel depressed. Remembering how the body feels when we’re full of confidence can help us change our posture and empower us by bringing confidence into our present-moment experience.

The next thing I advise is to cultivate a healthy distrust of our own stories. Just because we think something doesn’t mean it’s true. If we recognize the signs of vicikicchā — in the form of over-generalized thoughts and stories that disempower us — we can step back from them and not take them so seriously. Jack Kornfield has suggested giving this inner doubter a name. When you hear the nagging voice of doubt you can say something like “Thanks for your input, Betty. I’ll get back to you on that.”

I also suggest seeking a more balanced perspective by seeking the truth. “My brothers are always planning to go on vacation without me.” Really? How often? Twice? Three times? Is that really “always.” Is it a bad thing if they don’t invite me on a climbing trip given that I don’t climb? Have I ever invited them to go away with me? We need to be doubtful of our doubt.

“Meditation just doesn’t work?” Wait, is that true? Are there counter-examples? Well, I guess there are actually lots of times I’ve been on retreat and felt amazing afterward…

I’d expect that this research on depression and over-generalizing will end up by recognizing that depression is just the extreme end of a spectrum of doubt that starts with a mild lack of confidence, and that patterns of over-general thinking are the mechanism that get us from feeling just a bit “down” to a full-blown depressive attitude.

There’s good news in the article regarding how to circumvent this slide:

Williams has found that specificity can be increased with training in mindfulness, a form of meditation increasingly popular in combating some types of depression. Subjects are taught to focus on moment-to-moment experiences and to accept their negative thoughts rather than trying to avoid them. It may help by making people more tolerant of negative memories and short-circuit the impulse to escape them, which can lead to overgenerality.

Spanish researchers have reported that aging patients showed fewer symptoms of depression and hopelessness after they practiced techniques for retrieving detailed memories.

This is good news for depression sufferers, but it also shows other people how to maintain robust mental health: be specific in your recollections so that you don’t “talk yourself” into a depressed state of mind.

Great article, Bodhipaksa. You show how the concept of vicikicchā is relevant to everyone.

Hi Bhodi. Enjoyed the article ( as a depression sufferer ). Need to try to remember to question those blanket negative assertions when I am in a depression. It does get so overwhelming unfortunately that it can be difficult not to be overwhelmed by the negative bombardment.

The May 29 blog entry ends in mid-sentence and is missing this comment entry box, making comments impossible.

(Oh wait…. he actually likes doing that doesn’t he? Hmmmm…)

Yikes. Something went wrong there. I blame it on the very slow internet connection I was working on yesterday. I think I saved an edit before the page had finished loading. Anyway, I’ve tried reconstructing the end of the article. Thanks for pointing this out.

Beautiful article. I have just began reading about mindfulness and meditation, and have always “doubted” myself for being able to achieve meditation. I didn’t realize that by doubting myself I already am placing a hindrance between me and success. Before I could gather the courage to enroll in meditation classes, I would think that it might just go to waste as I will be unable to keep focused on what the teacher may ask me, because I have always been worrisome about a lot of things like work, family, etc. I doubt that it could work with me, even if my teacher is an expert. I realize now that its all a matter of perspective, and once I become open, I will welcome success into my life. Thank you Bodhipaksa! I am looking forward to reading more of your blogs.

[…] reading the blog post titled “Becoming doubtful of doubt,” I was struck by one particular idea hidden amidst it: generalizations are a dangerous […]