Beyond the “defended self” 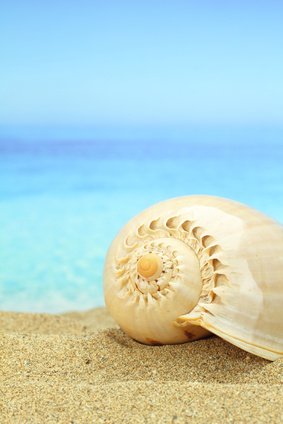 During the years right after college, I was the director of a yoga studio at the ashram where I was living near Boston. One day, at a time when we were behind in promoting our major event of the year, which featured a number of well-known teachers, the head of our local community arrived late to our weekly staff meeting, visibly upset. I asked him what was wrong.

In a barely controlled voice, he thrust in front of me a flyer I’d created for the event. “Just take a look at this.” Immediately, I saw the typo in bold print—it was the wrong date. My heart sank: we’d just printed three thousand of them; I’d screwed up big time.

Although my mind scrambled to solve the problem, the weight of failure sat like a big stone in my chest. At the end of our meeting I began an apology: “This was my responsibility,” I said in a low monotone, “and I’m really sorry for messing up . . .” Then as I felt the others’ eyes on me, I felt a flash of anger and the words tumbled out: “But, you know, this has been a huge amount of work and I’ve been totally on my own.” I could feel my eyes burning, but I blinked back the tears. “It would have been nice if someone had been available to proofread . . . maybe this kind of thing wouldn’t have happened.”

For the rest of the week I was trapped in self-disgust. Hour after hour my mind replayed every recent incident that highlighted my flaws: I’d lied to get out of a social obligation, exaggerated the size of my yoga classes to another teacher, gossiped to feel more like an insider. Instead of generosity and selfless service, my focus was on my own spiritual progress. Once again I found myself facing what I most disliked about myself: insecurity and self-centeredness. I felt disconnected from everyone around me, stuck inside a self I didn’t want to be.

Because my self-doubts seemed so “unspiritual,” I didn’t talk about them with anyone. At work I was all business. I withdrew from the casual banter and playfulness at group meals, and when I did try to be sociable, I felt like an imposter. Several weeks later, the women in our ashram decided to form a sensitivity group where we could talk about personal challenges. I wondered whether this might be an opportunity for me to get more real.

At our opening meeting, as the other women talked about their stress at work, about children and health problems, I felt my anxiety build. Finally, when there was a pause in the conversation, my confession came pouring out. “I know I do a lot of yoga and teach a lot of classes, that it looks like I’m a helpful, caring person … That may be true in some ways, but it’s also a front. What I’m covering up, what I don’t want anyone to see, is how self-centered I am, how selfish and judgmental.” After pausing and glancing around at the solemn faces, I took the real plunge. “This is hard to say, but … I don’t trust that I’m a good person, and that makes it hard to really feel close with anyone.”

Directly after the meeting, I retreated quickly to my room, curled up in fetal position on my futon and cried. By naming my experience out loud, I had stripped away a layer of the small self’s protection. Feeling raw and exposed, I started mentally berating myself for having said anything. I told myself I should get up right that moment and do some yoga. Instead, I began trying to figure out what really had gone wrong, what was making me feel so bad about myself.

Suddenly I realized that this inner processing was yet more of the same. I was still trying to control things by figuring them out, by trying more practice, by trying to manage how others might see me. Recognizing these false refuges stopped me in my tracks—I didn’t want to stay stuck. An inner voice asked, “What would happen if, in this moment, I didn’t try to do anything, to make anything different?” I immediately felt the visceral grip of fear and then a familiar sinking hole of shame—the very feelings I had been trying to avoid for as long as I could remember. Then the same inner voice whispered very quietly, a familiar refrain: “Just let it be.”

I stretched out on my back, took a few full breaths, and felt the weight of my body supported by the futon. Again and again my mind tried to escape into reviewing what I’d said hours earlier, or rehearsing what else I could say to explain myself. Again and again the intention to “let it be” brought me back to the fear and shame I was experiencing. Sometime during the night, lying there alone in the darkness, these emotions gave way to grief. I was struck by how much of my life—my aliveness and loving—was lost when I was caught in feelings of unworthiness. I let myself open to that fully too, sobbing deeply, until the grief gradually subsided.

I got up, sat on my cushion in front of my small meditation altar, and continued to pay attention. My mind quieted naturally and I became increasingly aware of my own inner experience—a silent presence suffused with tenderness. This presence was a space of being that included everything—waves of sadness, the feeling of my drying tears, the sounds of crickets, the humid summer night.

In this open space thoughts again bubbled up —the memory of being defensive at the staff meeting and my subsequent attempts to offer a real apology; then a flash forward to me teaching the yoga class I’d scheduled for the following morning, trying to project a positive, confident energy. This time, as these scenes came into view, I felt like I was witnessing a character in a play. The character was continually trying to protect herself, but in the process, she was disconnecting more and more from herself, from authenticity, from the potential sustenance of feeling connected to others. And in each scene, I saw her perpetually “doing” in order to feel better about herself, “doing” in order to avoid pain, “doing” in order to avoid failure.

As I sat there watching this play, I had, for the first time, a compelling sense that this character wasn’t really “me.” Her feelings and reactions were certainly familiar, but they were just ripples on the surface of what I really was. In the same way, everything happening at that moment—the thoughts, the sensations of sitting cross-legged, the tenderness, the tiredness—were part of my being but could not define me. My heart opened. How sad to have been living in such a confined world; how sad to have felt so driven and so alone!

That night by my altar, an old sense of self was falling away. Who was I, then? In those moments I sensed that the truth of what I was couldn’t be contained in any idea or image of self. Rather, it was the space of presence itself—the silence, the wakeful openness—that felt like home. A feeling of gratitude and reverence filled me that has never entirely left.

Tara Brach
Tara Brach is a leading western teacher of Buddhist meditation, emotional healing and spiritual awakening. She has practiced and taught meditation for over 35 years. Tara is the senior teacher and founder of the Insight Meditation Community of Washington. A clinical psychologist, Tara is the author of Ã¢â‚¬Â¨Radical Acceptance: Embracing Your Life With the Heart of a Buddha and the upcoming book, True Refuge: Finding Peace & Freedom in Your Own Awakened Heart (Bantam, February 2013). You can subscribe to Tara's blog here. For more information, visit www.tarabrach.com or to join our community, go to facebook.com/tarabrach.
acceptance, authenticity, gratitude, letting go, self-compassion