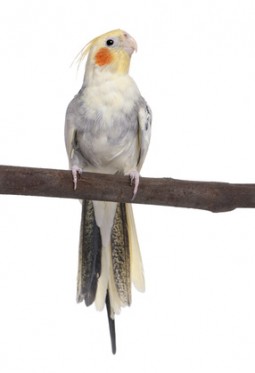 At home we have two cockatiels and already several times i have seen that they really are receptive to communication. In the morning for instance, when i come into the room, they put their heads as closely as possible to mine and in a very unreserved way, without any shame or reticence whatsoever, they just want full attention. Nothing less. And they go for it with all of their body and by producing cute sounds.

I have thought more than once, if only i was able to ask attention for myself in the same way….it always has been difficult to ask attention if needed some. Usually I made myself invisible. But the last few months my daughter was severely ill, even close to death, and it made me realise the importance of really looking carefully after myself in a skilled way, looking after my body, my emotions, my thoughts, aware of the importance of every living being, including me. Not everyone else except me as my usual pattern is.

I remember visiting Sangharakshita once and after a conversation of some length I asked him if it had not been too much for him. And his reply was: “Oh no, don’t worry, i’m very sensitive in taking care of myself”. I came to think that taking care of oneself in a mindful and compassionate way is really a courageous thing to do.

Arthakusalin
Arthakusalin lives with his family in Oudenaarde, an old Flemish city known for its tapestries. He is involved in the Triratna buddhist centre in Ghent which he considers to be "probably the most beautiful city in the world." He was raised in the Western part of Belgium, not far from Ypres, a city who still breathes the tragic stories of the first World War. After living a few years without direction or sense he decided to try to live as ethically as possible, even if life would have no sense at all. A few months later he met the Dharma and was impressed with the clarity, the simplicity and by having the responsibility for his own life. For the time being he works with adolescents with mental disabilities coming from social classes with lesser opportunities.