Cultivate only the path to peace 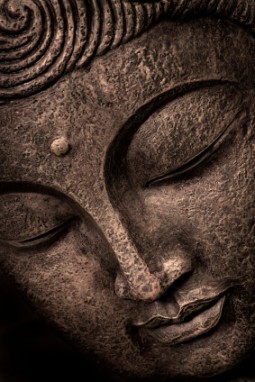 The Buddha was a man on a mission, and very single-minded. He said over and over again that his only interest was in addressing suffering:

Both formerly and now, it is only dukkha that I describe, and the cessation of dukkha.

This word “dukkha” is often rendered as “suffering.” I have no real problem with that translation. It’s accurate. But many people have problems with the word “suffering.” As a friend and I were discussing just the other night, many people don’t recognize the suffering they experience as suffering, and so they don’t think that dukkha applies to them. Often people think of suffering as actual physical pain, or severe deprivation such as starvation, homelessness, or being in a war-zone. All those things are of course dukkha, but so are many others, some of which people might be reluctant to apply the label suffering to.

Often people don’t even see that they’re suffering; they’re blind to their pain. They so take it for granted that life is hard, or think that people and things around them are awkward and frustrating, and they don’t even give the difficulties they face a second thought.

The Buddha commented on this reluctance or blindness to dukkha:

“What others speak of as happiness,
That the noble ones say is suffering.”

We often think we’re OK, but actually we’re living at a sub-optimal level — far below our potential.

For example, any kind of craving is dukkha, whether or not we want to recognize this. Even “pleasant” cravings like longing for a tasty treat, or longing for a new electronic toy are forms of dukkha. Look underneath the excitement of the wanting, and there’s a void that we’re trying to fill. Beneath the wanting is a want.

Anger is dukkha, even when we enjoy getting angry. Frustration is dukkha. Irritability is dukkha. Resenting someone is dukkha. Worrying what someone thinks about you is dukkha. Hoping that the traffic light will stay on green is suffering. Wishing that the driver in front of you would go a little faster is dukkha.

We actually experience dukkha dozens, perhaps hundreds, of times a day. Dukkha is not an uncommon experience that only visits us on rare occasions. It’s woven throughout our experience and often goes unnoticed or unrecognized.

So some translators render dukkha as “unsatisfactoriness,” some as “stress,” some as “unease,” some as “anguish.” The root of the word is obscure, but it may come from dus-stha “unsteady, disquieted.” There’s no word that’s quite adequate. Personally, I find “suffering” to be fine; I just have a very broad understanding of what suffering is in my life.

But what are we left with when suffering has ceased? What is the opposite of suffering?

I suspect most people would think of “happiness” as the opposite of suffering, but “happiness” isn’t quite right. Happiness is not what Buddhist practice aims at. The goal of Buddhism, which is the spiritual awakening of bodhi, isn’t really happiness. I think of it more as “peace.” Think of the goal as the opposite of “unsteady” or “disquieted” — it’s steady, at peace, settled, quieted, calm, untroubled. Happiness may accompany this peace at some times, and not at others. It’s the peace that’s fundamental.

In the Dhammapada, the Dhamma is is said to be the path to peace:

Cultivate only the path to peace, Nibbana, as made known by the Sugata [Buddha].

And the Buddha is described as being supremely at peace:

Serene and inspiring serene confidence, calming, his senses at peace, his mind at peace, having attained the utmost tranquility and poise.

In our lives we’re often seeking happiness in some way or another. And a common assumption is that happiness comes from having pleasurable experiences. Buddhism points out, though, that there’s so much change and instability in the world and in our own beings that we can never guarantee ourselves a constant stream of pleasurable experiences, and so we can never find true happiness that way.

True happiness — or rather peace — comes not from having pleasant experiences, but from changing our relationship with our experience, whether it’s pleasurable or unpleasurable. It’s when we can completely accept pleasure and pain without responding either with craving or aversion that we find ourselves at peace. So this insight changes everything. Most of our pleasure seeking, most of our pursuit of happiness, is actually causing us more dukkha, because we’re aiming to keep at bay unpleasant experiences and hold onto pleasant ones. And both of these aims are impossible, fruitless, and frustrating — dukkha, in short.

Peace and joy come not from the experiences we have, but from how we relate to those experiences. Our experiences are inherently unsatisfactory (another meaning of dukkha), and we need to stop chasing after them or resisting them. 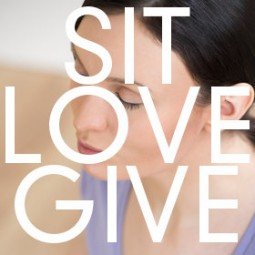 If you benefit from this work, please consider supporting Wildmind. Click here to make a one-time or recurring donation.

It’s only learning to accept impermanence, and developing the ability to bear with our experiences non-reactively, that will bring peace.

So we need to remind ourselves of this all the time, so that we can find peace. And we also need to bear in mind, as we’re interacting people or cultivating metta, karuna, mudita, or upekkha for others that they too are often trapped in cognitive distortions — seeking happiness but not knowing how to create it; trying to avoid suffering and yet creating suffering inadvertently. And in the upekkha bhavana we can look out into the world and be aware of beings striving, blindly, for happiness. And we can wish that beings (ourselves included) develop the clarity and wisdom to be able to create peace — genuine peace — the peace that comes from awakening.