Mysticism: where the dharma rubber hits the road 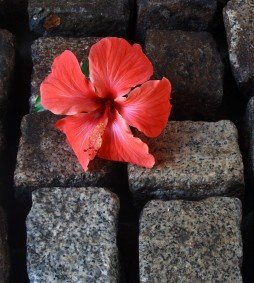 In Sunada’s view, mysticism isn’t about indulging in out-of-body experiences as a way of escaping the world. It’s about meeting the world head-on and learning directly from it. It’s about as practical as it gets.

If you’ve been reading my blog articles for a while, you may have gathered by now that I’m a rather down-to-earth sort of practitioner, with a keen interest in how meditation and Buddhist practice interplays with the practical aspects of our daily lives. So when I heard that this month’s topic was Mysticism, well, my first impulse was to take a pass. How does Mysticism relate to everyday life? Like Bodhipaksa (as he mentions in his related article), my first stop was a dictionary. And I was somewhat surprised by what I found. It gave the following definition:

“Mysticism: a doctrine of an immediate spiritual intuition of truths believed to transcend ordinary understanding”

With this definition in hand, I’ve changed my view of what mysticism is all about. It’s actually a central part of Buddhist practice, and very much a practical matter. It’s our experience of spiritual intuition that moves the teachings from the realm of intellectual thoughts and concepts into one of personally meaningful truths that inform how we live our lives.

Mysticism is a central part of Buddhist practice, and very much a practical matter.

One of those experiences happened to me in 1995 during a vacation to the state of Washington, and a visit to Mount St. Helens. St. Helens had erupted catastrophically fifteen years earlier, causing the most destructive volcanic event in all of US history. After several weeks of rumbling earthquakes and steam-venting, it finally in May of 1980 erupted so violently that its entire north face blew off. Hot gases and ash spewed outward for miles in diameter, instantly roasting and flattening everything in their path.

My husband and I hiked to the peak of a nearby ridge where we came upon an unobstructed panoramic view of massive destruction on a scale beyond belief. As far as I could see, everything was dead and ash-covered. From where we stood, what I knew had once been a dense forest of 40-foot pine trees appeared as though someone had thrown down millions of charred toothpicks. Bare blackened sticks were all that remained — all lying on the ground. But strangely, they were all neatly pointing in the same outward direction from the epicenter of the blast. It was a terrible but beautiful and awesome sight.

I have no idea how long I stood there taking in that vista. In my stunned silence, time had stopped. In one sense, I felt incredibly small and insignificant in the face of such vast power and devastation. But at the same time, I also felt empowered by its greatness. In an odd way that I can’t explain even now, I felt like I was a part of this greatness, that somehow its magnificence was something that was very much alive and part of me. It was my first intuitive inkling of life as something universal. I wasn’t a separate and independent being, but part of something much greater that incorporated the earth and sky as much as my own puny body.

I wasn’t a separate and independent being, but part of something much greater…

These kinds of encounters can happen at any moment, in the most ordinary of circumstances. It can happen when talking with a close friend, when a shared moment seems to dissolve all boundaries between us. Or when reading a moving novel, or listening to evocative music, or seeing a work of art that touches us – when we get a glimpse into something in a way that we can’t put into words, but it hits home deeply within ourselves. We’re taken out of our small self-centered viewpoint and see something bigger, something beyond, something universal. I’m sure many of us have had experiences of this sort at one time or another. We may not know what to make of the experience as it’s happening. It may take years or decades for it to mature into something we can even begin to talk about. But something inside gets stirred.

I know that Buddhism appeals to many people, myself included, because its teachings are rational and for the most part built upon observable phenomena. But to leave it at that would be to categorize Buddhism as a philosophy or an intellectual pursuit – which falls far short of its true significance.

To truly take up the practice of the dharma is to open ourselves up to the invitation of those intuitive experiences. We can’t make them happen, of course. But we can stay open and receptive, keep a stance of curiosity and wonder, and refrain from our habitual ways of sizing up situations and overlaying them with expectations or fears. As we practice this more and more, our skills at observing and perceiving become clearer and more refined. And that in turn allows us to see more deeply for ourselves the truth behind the Buddha’s words. We begin to change as well, as we become wiser in our ways of responding to our experiences, and that inspires us to go further still. And the cycle continues upward. This is true practice of the dharma.

So, mysticism is not about going into weird trances or out-of-body experiences as a way of escaping from our world. Far from it! It’s really a way of delving more and more deeply in the world, meeting it head-on, and learning from the school of hard knocks, as the saying goes. It’s about learning and growing from life itself. I can’t think of anything more practical than that.

Sunada Takagi
Sunada Takagi is on a mission to help people transform their lives through mindfulness. Her work includes leading classes in Mindfulness-Based Stress Reduction in the Boston area, and coaching individual clients from anywhere in the world via videoconference or phone. Read more at her site, Mindful Purpose Coaching. Sunada also teaches and leads retreats at the Boston Triratna Buddhist Sangha and Aryaloka Buddhist Center. Sunada was ordained into the Triratna Buddhist Order in 2004. This is where she received her name, which means "beautiful, excellent sounding." You can follow her at her Mindful Living Blog as well as on Facebook.
interconnectedness, mindfulness in daily life, mysticism, practice