Enlarging our tribe – seeing behind appearances 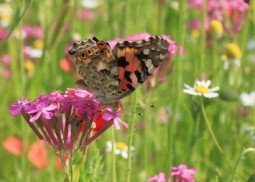 In the mid-1970s I worked as a tenants’ rights activist with poor families in Worcester, Massachusetts. Through organizing tenants’ unions we would try to pressure landlords into assuring fair rents and decent living conditions.

One of these unions was comprised of families renting from one of the most notoriously callous slumlords in the city. The union’s leader, Denise, was a forceful and articulate woman who worked hard to galvanize the group into action to fight a steep rent increase that no one could afford.

Over the many months it took to build the union, I had become friends with Denise and her family. I joined them for dinner, played with the children and was privy to their struggles. Their apartment had been vandalized several times, and there was no way to keep out the rats and cockroaches.

Denise’s oldest son was in jail; another was a drug addict. Her current husband was unemployed and they were in debt. Feeding and clothing her young children and keeping the heat on were challenges she faced regularly. I admired her willingness to put such a dedicated effort into her role as union leader when she had so much to handle at home.

Two days before we were about to begin a rent strike that Denise was coordinating, she left a note under my door, saying she was leaving the union. I was surprised and disappointed, but had an idea of what had happened. Landlords frequently co-opted tenant leaders as a way of crippling the unions. As it turned out, Denise had been bought off with the offer of a new double lock, a rent break, and a part-time job for her son.

The other tenants, feeling betrayed and demoralized, called Denise “two-faced” and “spineless.” Whenever they saw her on the sidewalk, they would cross to the other side of the street. They didn’t let their children play with hers. She was an outsider, one of “them.” In the past, when union leaders had been bought out, I’d felt the same. They were obstructing our progress.

With Denise, it was different. I understood how desperately she was trying to help her family. I’d seen how, like me, she felt anxiety about her life, how she too wanted love. The poet Longfellow writes, “If we could read the secret history of our enemies, we should find in each man’s life sorrow and suffering enough to disarm all hostility.” I had read enough of Denise’s secret history for her to be real to me; I cared about her.

On the other hand, while it was possible for me to feel openhearted towards Denise despite her actions, I certainly didn’t feel the same toward the landlords. They were in my “bad guy” category.

A number of years later, I had the perfect opportunity to face someone in this category and look more deeply. A friend of mine knew a CEO from a very large corporation who wanted to set up a mindfulness program for his company’s employees, and wanted me to discuss the program with the CEO over lunch.

The CEO fit exactly my rich white man stereotype. He’d been the focus of a well-publicized class action suit for systematically denying women the same opportunities for upward mobility as men. The discrimination was particularly egregious towards African American women. Reluctantly, I agreed to talk with him, feeling uncomfortable about the meeting, expecting that we’d be coming from very different and unfriendly planets.

Yet, close up, he turned out to be quite human and real. He bragged a bit and was obviously eager to be liked. His mother had had triple bypass surgery several weeks earlier. His oldest son had juvenile diabetes. On the weekends his wife complained that he didn’t play enough with the children. He was crazy about them, but invariably urgent calls on his cell phone would pull him away from the barbecues, games of ping-pong, or the videos they were watching together.

He wondered, “Can mindfulness help me to relax when everywhere I turn is another demand?” It didn’t matter that we probably disagreed on most political and social issues. I liked him and wanted him to be happy.

Even if we don’t like someone, seeing their vulnerability allows us to open our heart to them. We might vote against them in an election; we might never invite them to our home; we might even feel they should be imprisoned to protect others.

Still, our habitual feelings of attraction and aversion do not have to overrule our basic capacity to see that, like us, they too suffer and long to be happy. When we see who is really in front of us, when we can glimpse a bit of their “secret history,” we don’t want them to suffer, and our circle of compassion naturally widens to include them.

Tara Brach
Tara Brach is a leading western teacher of Buddhist meditation, emotional healing and spiritual awakening. She has practiced and taught meditation for over 35 years. Tara is the senior teacher and founder of the Insight Meditation Community of Washington. A clinical psychologist, Tara is the author of Ã¢â‚¬Â¨Radical Acceptance: Embracing Your Life With the Heart of a Buddha and the upcoming book, True Refuge: Finding Peace & Freedom in Your Own Awakened Heart (Bantam, February 2013). You can subscribe to Tara's blog here. For more information, visit www.tarabrach.com or to join our community, go to facebook.com/tarabrach.
Read more articles by Tara Brach
: aversion, compassion, daily life, emotions, suffering, Tara Brach