Exploring the breath as an adventure of discovery 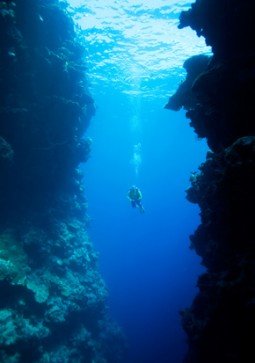 One of my Skype workshop participants recently wrote with a request for advice, which (slightly edited) was as follows:

I am aware during my meditations that sometimes my awareness of the breath is quite superficial, distant and coarse. And I suspect that part of the reason for this distance is that my brain filters out the finer physical details of the experience, and just works with the coarse-grained concept of the breath – which is basically a fixed construct in memory rather than a direct experience of change happening now. I’d appreciate any tips on how to deal with it.

Here’s my reply (also slightly edited to include one point I forgot to mention, and polished up a little).

I think what you’re describing is very common. In fact I think it’s what almost everyone does, and what I’ve done a lot of the time over the years. In certain sense it may not matter too much, as long as you’re still keeping up the good fight by letting go of hindrance-driven thinking and coming back to the breath, or at least a token representation of it. It quiets the mind, and brings happiness.

But in the long run I don’t think it’s very satisfying to meditate in this way, and I’ve found that it’s useful to develop a sense of curiosity about where the sensations of the breathing ends.

You can start from where you normally pay attention to the breathing in a token manner, and then ask, what’s just outside that experience?

And then the abdomen isn’t just the front of your body! You start to notice what’s at the edge of what you’ve been focusing on, and you realize that you can feel the movements of the muscles and the sensations of the skin on the sides of the body. And on the lower back; the entire lower back is moving as you breathe in and out.

And to you can do the same with the chest. You can move from feeling the sensations of the ribs on the front of the body rising and falling, to sensing the entire ribcage expanding and contracting, not just on the front of the body but on the side and the back. And you can notice the skin on those areas, too. You can feel the chest move against the arms, which are often lying against the chest wall. And there’s all that skin, moving against your clothing – the temperature, the sense of touch…

The whole spine is moving.

You can keep doing this through the whole body — the neck, the head, the hips, the legs, the feet.

And I haven’t mentioned the internal sensations of the air touching the inside of the passageways! Where do they end? There’s no sharp edge to those sensations, and you can notice them “blurring out” into your body.

So there’s a huge amount there to pay attention to. You can in fact end up experiencing the breathing everywhere. The whole body can feel like it’s involved in the breathing process, which on some level it is.

Of course noticing all this isn’t what we usually do. What we typically do is pick some token sensation and try to pay attention to that. It’s coarse and very, very selective. And it becomes a habit to notice just that sensation, and to ignore everything else. We convince ourselves we’re paying attention to “the breathing” when it’s more like “a bit of the breathing connected with the muscles on the front of the abdomen,” or “one small aspect of the breath moving through the pharynx.”

We notice so little of the breathing process that the mind’s actually bored, and we find that lots of thoughts are arising to fill the vacuum in our experience.

But if we start exploring what’s around those token sensations, with a sense of curiosity and openness, then we’re starting to pay attention to “the breathing” and not just a token representation of it. And as we notice more of the breathing, then the mind’s less bored. It’s actually quite interested! And often our attention is so full of the sensations of the breathing that there’s no room in there for thinking, and the mind becomes quiet.

It’s worth emphasizing as well that this exploration needs to be done in a spirit almost of playfulness and wonder. It’s not a checklist — yeah, been there, done that. It’s OK to take my suggestions as “things to look for” but I’d suggest you don’t take it as an exhaustive list, because it isn’t. If you for look just what I’ve suggested, then you’ll miss stuff that’s going on, I’m sure. I’m probably missing a lot. You’ll probably miss important stuff if you follow me too closely, and not have the thrill of discovery. But it’s handy to have some suggestions for where to start looking.

Anyway, that’s my suggestion for breaking out of having a token representation of the breathing, so that there’s more of an open sense of mindfulness and even of adventure. You’re leaving the familiar and rather dull territory of the known, and pushing out into the wide ocean of experience.

I’ve been finding this a rewarding thing to do. It might be what you need as well.

It’s possible to be aware of the breath moving outside the body, warm stream of breath funnelling the air ahead and the inbreath pulling in the air. If you are out of doors each breath may be differently scented or at a different temperature or fluctuate as a bird flies by and shakes it. You realise how much of the environment can be known through breath – as in a deer say or your cat sniffing the air.

I’ve been teaching a meditation class at a local Senior center. Most of the people are brand-new to meditation. I start them out with the ‘body scan’. After that I show them how to count breaths. But some have been asking for more advice on what to ‘do’ while they are meditating. What you have shared would be very useful as a 2nd or 3rd step into deeper meditation. Thanks for the detailed description of this process. I will share it with them.

Wow – so much more to the breath than I realized. Thanks very much for this, it will make my meditation experience much richer!

Thanks for the great suggestions! I’ve found some other really interesting tips on your site. I’ve often had trouble letting go of my breath. But, the more I meditate I find that really focusing on the sensations of breathing in my nostrils or chest keeps my mind occupied enough to let go. It seems to get easier with practice. :)

These suggestions have been so helpful.
I am a newcomer to meditation and feared I
may have been missing the point with regards to
Technique. I can’t wait to try it tomorrow