Four things to remember when online discussions get heated 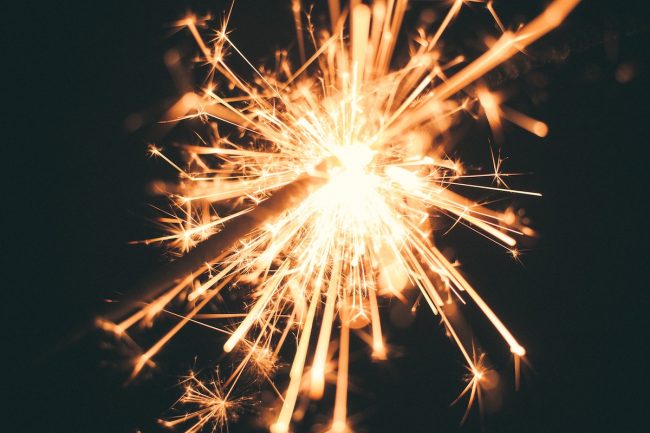 While Buddhism teaches that all beings have the potential for awakening, and that we should endeavor to relate with kindness and compassion to everyone, I admit that this is especially difficult for me on social media.

We live in particularly challenging times. Society is becoming more polarized and tribal, and I’m shocked to see a resurgence of racism and of desire for authoritarian rule, for example. Those things really stir me up emotionally when I see them online.

I’d like to offer just a few suggestions that I’ve found helpful when dealing with people I disagree with online. None of this is rocket science, and I’m not presenting myself as an expert. This is all work in (imperfect) progress.

1. See each online communication as an opportunity

Every interaction we have offers us an opportunity to get better at communicating, at dealing with conflict, at learning to practice empathy, and so on.

It’s best not to regard every interaction as an opportunity to show off your skills: Look how good I am in discussions. I’ve fallen into that trap before and it always backfires. It’s not about being right: it’s about learning to connect more compassionately.

2. Be mindful of your feelings

Unpleasant feelings flare up in the face of viewpoints we disagree with in the same way they did for our ancestors when they were physically attacked. We respond to insults and even disagreement as if they were threats to our very existence.

I try to notice when I feel emotionally provoked, and take a break. I step back and recognize the discomfort I’m feeling. When I step back and observe that I’m suffering, I can create a mindful pause in which I can evaluate the best way to respond.

Rarely do we have to reply right now. We can wait. The angry parts of the brain tend to respond very quickly. The wise and compassionate parts of the brain operate more slowly. Give the better angels of your nature time to get their boots on.

It may be that you decide you don’t have to respond at all. Certain people are trolls, just looking to provoke a response. Sometimes ignoring them is the best thing to do.

You don’t need to have the last word. I’ve found that it can be hard to walk away from an argument, though, even when I realize that it’s never going to go anywhere and that engaging is just going to cause more suffering. At first it’s agonizing. Sometimes it takes a couple of days for the painful feeling of not engaging to die down. But it does eventually vanish; all feelings are impermanent. I’ve always been glad in the end to have let someone else have the last word in a pointless argument.

I’m not suggesting that we “just experience our feelings” in order to avoid conflict, by the way. It’s just that there can be times we realize that a productive discussion is never going to happen.

And we shouldn’t ignore actual physical threats. Earlier today I reported both to his web host and to the FBI one person whose blog was advocating violence against political opponents. Some threats need to be taken seriously.

And I’d suggest that you always stand up for others, and not ignore racism, misogyny, or threats of violence. Bullying needs to be stood up to.

3. See the other person as a human being

Ask yourself as you’re responding — am I trying to convince this person or am I trying to make them hurt by showing that they are wong? Usually we can’t do both. It’s hard enough for others when we criticize what they say and do — none of us like it when that happens — but it’s even harder for them when we attack their character.

It can be tempting to insult someone in order to change their mind. But how often has being insulted online actually changed your mind? Probably not often. Insults don’t help. I try to remember that they just create further suffering. I try to notice even very subtle digs and delete them before posting. The other person probably won’t see them as subtle.

One beautiful exchange I saw on Twitter involved the comedian, Sarah Silverman. After someone responded to one of her messages with a single offensive word (with four letters, starting with c) she said that she’s read a number of his tweets and empathized with the physical pain he was experiencing. She also invited him to see what would happen if he decided to choose love. This led to a dialog in which he revealed past abuse and in which Silverman helped him to find affordable medical treatment.

One thing we can bear in mind when we’re online is the Scottish writer, the Reverend John Watson’s saying, “Be kind, for everyone you meet is fighting a hard battle.”

4. See the other person as capable of change

Many times recently when I’ve seen someone being outrageously offensive online — being racist, or insulting a person’s appearance, for example — I’ve said the same thing: “You can be better than this.” I haven’t criticized them or their words. I haven’t told them how they should behave. I’ve just reminded them that they are capable of acting differently. So far I haven’t had a single angry response to that. Of course I don’t know how this line is actually received, but the fact that people who have said some pretty vicious things to others and have refused to back down in the face of criticism haven’t responded to me adversely makes me think I’ve struck a chord.

“You can be better than this” acknowledges the simple truth that many times we’re capable of acting better than we do. It recognizes that all beings have the potential for awakening. We’re all potential Buddhas, and we need to remind ourselves and each other of that fact.

Much – all actually – of what you say, chimes with me. Very useful skills for me to emulate, delivered with kindness and a hint of self-deprecation. Thank you, friend.

Thanks Bodhipaksa, I needed that. The points you make echo the waves of emotion I feel reading comments online that, honestly, make me feel threatened for what seems like the end of critical thinking, desire for autonomy, and need for compassion.

Excellent and timely post Bodhi, I’m very guilty of getting into meaningless spats, because like you I’m aghast at what is happening in our Society. I’m not sure I gain anything from it and I’m fairly sure I’m not changing minds!

Timely for so many, and specifically for me on this day. Thank you so very much.

Thank you so much for this! It clears up a lot of questions that my mind has been battling.

I am always very interested in what you have to say and often find it extremely helpful. I want you to know that it goes in.

Thank you for this thoughtful post. I always remind myself that the person on the other end of the comment is in fact a human being just like me, who probably feels as strongly about their beliefs and values as I do. Enjoy this beautiful day.