Four tips for meditating in public 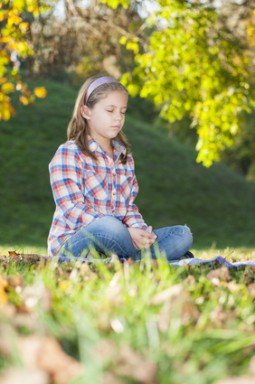 I love meditating in public places. I’ve meditated on park benches, and on trains and buses and airplanes. I’ve done walking meditation on country lanes and on busy city streets.

One benefit of meditating in public places is being able to squeeze a bit more meditation into your day. If you regard meditation as something you can only do in a special room, relatively free from audible distractions, then you’re limiting the amount of time that you can spend meditating. If you regard these other times I’ve mentioned as being fair game, then you have many more opportunities for practice.

There are just a few things I’d suggest you bear in mind if you’re going to meditate in public.

It’s worth considering that the Buddha probably did the majority of his meditating outdoors, in places that we might consider public. He probably didn’t meditate in city streets, except for when he was walking or begging mindfully, but he had a reputation of meditating much closer to towns than was considered normal in those days; most meditators would withdraw to very secluded places deep in the jungle or up in the mountains. And this makes me think that the Buddha meditating in that way, in those relatively accessible places, might have had the effect of “normalizing” the practice of meditation by making it visible. Perhaps we too can have the effect of normalizing meditation, making people curious about what it is that all those people sitting peacefully with closed eyes on the bus, or train, or plane, of park bench are doing. Perhaps meditating in public could be a bodhisattva activity, subtly transforming our culture.

Reply
7 Ways To Wait At A Restaurant, Instead Of Looking At Your Darn Phone | Interesting News From World
July 13, 2015 5:11 pm

[…] can meditate over a cup of coffee, on a restaurant bench or at a barstool. Acknowledge the sights and sounds around you, accept distractions with grace, and pay attention to your breath. You’re setting yourself up […]

Thanks for your article. I disagree that one should avoid their preferred mudra for fear of appearing pretentious in front of others.