From shame to self-worth: development of shame spectrum feelings in childhood 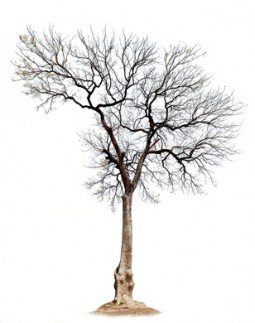 Shame is a very primal emotion, one that has a lot of traction in the mind.

As we grow up, from infants to adults, shame elaborates many nuances, like the branches and twigs growing from a single trunk.

First, consider a young child who is continually signaling her state of being and her needs. Maybe her caregivers respond routinely with attunement, empathy, and skillful responsiveness: this sends messages, associated with positive feelings, of existing for and mattering to her caregivers, of being inside the circle.

Or maybe her caregivers ignore her signals, or continually misinterpret them, or simply have a kind of dismissive tone – “I’ll put up with you if you don’t ask too much of me” – or even punish her for expressing her needs at all: this sends messages, associated with negative feelings, of not mattering (and sometimes not even existing), of being outside the circle. As many such experiences get layered on top of each other, there is a growing sense of being unwanted, of lacking value.

In the extreme, in cases of severe neglect and abuse, there can be a global sense of worthlessness.

More commonly, a kind of bargain is struck, in which the child learns that as long as she walks inside certain lines – and inhibits certain forms of expressing her true self (her true needs, her true feelings, her true perceptions of her world) – then the supply train keeps coming and all is well. But step outside those lines and wham, it’s the chilly exile or the hot attack.

Second, a child’s environment – both adults and peers – will praise certain qualities and behaviors and criticize or punish others. Those behaviors and qualities get associated with feelings of worth – or shame.

For example, the psychoanalyst, Erik Erikson, described shame in terms of Freud’s stages of psychosexual development, as the emotion that arises naturally when that which should be hidden (e.g., excretions, private parts) is exposed. But how would a child know that certain natural aspects of life should be hidden without messages from his environment.

So what is it that gets criticized? Certainly, it is specific behaviors, and there is a place for that in healthy child-rearing. Examples include hitting your kid brother, lying, or stealing another kid’s cookie. Even if the criticism is not so wholesome, as long as it stays at the behavioral level, it’s not so bad.

That criticism is often conveyed implicitly, as a communication of disdain, disrespect, contempt, scorn. Think of the power in human societies when certain groups institutionalize the devaluation of others. I still remember my shock in 1963 in North Carolina for the summer when I saw three bathrooms at a gas station, labeled “Men,” “Women,” and “Colored.” As if African-Americans were something other than “regular” men and women, and not just other, but less as well in not being worth separate bathrooms for their own men and women. Racism has certainly not disappeared in the past 45 years, and other forms of devaluation exist today; just think of the fear-driven labeling these days of Arabs and others from the Middle East.

Researchers such as John Gottman have found that disdain is typically the most corrosive element in a relationship. Be very careful with it. It’s especially insidious when we feel it is justified, as with others in the political world that we disagree with. Or those in our everyday life who are Exhibit A for a roll of the eyes and the thought, “You’ve got to be kidding!”

In turn, those criticisms of the individual overall are very easy to internalize, and “You’re so stupid” becomes “I’m so stupid.” The contempt of others become hatred of the self. In terms of transactional analysis models of the personality – classically, child/nurturing parent/critical parent . . . or the modern formulation of victim/persecutor/protector – the internalized critic or persecutor has way too much power, and the internalized nurturing parent or protector is too weak.

Third, we are intensely social animals, with an evolutionary history that associates survival with belonging to a group, for its protections, nurturance, and opportunities for finding a mate and passing on one’s genes. To be outcast, exiled, banished, shunned, etc. is a terrible thing, exposed to the cold whistling winds of the elemental world, trudging alone and vulnerable through life. Traditionally, it was the most severe punishment short of death, which puts it in perspective.

Those associations are active somewhere deep in the brain when a preschooler trots over to a group of children to play and they ignore her, when a child gets picked last for a team, when you audition for the school play and don’t get a part, when you apply to a special college and don’t get in, when you aren’t hired for the job . . . whenever by action or word you’re told: “You are the weakest link!” “You’re fired!” “You’ve been voted off the island.”

It’s kind of sick that there is a weird vicarious gleeful schadenfreude – pleasure in another’s misery – in reality shows watched by millions in which one person after another gets publicly scorned and rejected until there is only one . . . “American idol!!!!!” It’s somewhat the modern equivalent of the gladiator battles in the ancient Roman Coliseum.

These associations to lethal exile are triggered in one-to-one contexts as well, when someone doesn’t want to be your friend, or lover, or mate . . . especially if they have been that to you – and don’t want that any longer. When these events occur, haunted by their ancient shadows, they typically trigger strong and painful feelings of being unwanted – because, in fact, that is indeed the case.

Fourth, to function in life, we need to learn from our experiences, and that requires feedback. We have to look in the mirror and see if there’s some spinach stuck in our teeth. We need that internal evaluator continually registering: that worked and that didn’t; that helped and that hurt.

As long as the evaluator is clear-eyed and friendly, it’s a wonderful internal resource. But if it grows harsh – often through absorbing the emotional residues of the anger and contempt of others, or the meanings derived from social exclusions – it can become a terrible monkey on your back . . . actually, worse, a terrible growling spitting monkey in your mind. This negativistic evaluator blurs together with the internalized critic/persecutor, and then looks continually for the shortfall between “should” and “did.”

And so it goes, and here we are today.

These four sources of shame-spectrum feelings are exacerbated by a range of external factors, such as:

These external factors add to the lived history of inadequacy that is buried in emotional memory. They also intensify any here-and-now challenges to self-worth.

So – as a result of these four sources of shame-spectrum experiences, exacerbated by external factors, we have within us circuits of shame that are ready, willing, and able to be activated by any appropriate trigger. That’s why little things can have such a big impact: it’s just a tiny spark, yes, but there’s that pile of dynamite there . . .

And then we often add insult to injury by feeling ashamed of getting ashamed!

If you like, you could try this exercise, though you definitely need a partner for it. Here are the original instructions for the exercise from our script, which you can adapt freely:

“Find a partner, pick an A and a B. A’s will go first – after which you will go back and forth.

It’s okay to name good qualities in yourself or the other person without false modesty or fears of flattery. These are facts, not compliments. And it’s okay if these qualities are not present all the time; perhaps they are deep down, even covered over, and would be served by calling them out.

This exercise can be very powerful, and enjoy and let sink in the beautiful feelings it brings up.

In the days and weeks ahead, you are encouraged to keep moving from shame to worth. As one simple way to do this, keep recognizing the factual existence of your good qualities and accomplishments. “Just the facts, ma’am.” In closing, to quote Meher Baba, six words to live by: “Don’t worry. Be happy. Make efforts.”