Have less, give more 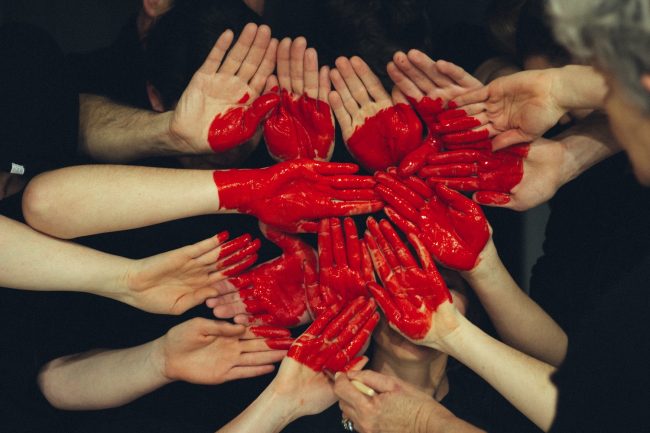 I’m fascinated by the psychology of giving and/or financial exchanges. Just this morning I was noticing my hesitation in committing to pay 99¢ for an iPhone app without having tried it first. But when I go into a coffee shop I happily plonk down $1.50 or so for a cup of Joe, without hesitating or asking for a free trial. The coffee will last me for 20 minutes, while I might end up using the app on a daily basis for an indefinite period of time. There’s no guarantee I’m going to find the coffee pleasant. Screwy, but normal.

One peculiarity regarding money is that people who have less of it are more willing to give it to another person in need. The following is from an article in today’s Boston Globe:

Given the opportunity to share money with an anonymous person, people who considered themselves lower in socioeconomic status shared more. When asked how much of one’s salary should be donated to charity, they designated a higher percentage. And, when confronted with a distressed person in need, they offered more help. These differences don’t seem to be innate. For example, after simply asking people to contemplate their socioeconomic status relative to those with higher socioeconomic status, people became more charitable. The authors theorize that people in the lower strata of society are particularly motivated by a greater dependence on — and, thus, concern for — social relationships, though affluent individuals may be more inclined to abstract charity (e.g., the environment).

The research is from, Piff, P. et al., “Having Less, Giving More: The Influence of Social Class on Prosocial Behavior,” Journal of Personality and Social Psychology (forthcoming).

Isn’t that interesting? It’s not a simple case, as I would have assumed, of “the rich” getting that way by being tight with their money. It seems more that poorer people are more tied into social networks and value the support they give. In my experience, many people who are better off are unable or unwilling to empathize with the difficulties of those who are less well off. In the US it’s common to blame people for being poor, even though it’s impossible for every single person to accumulate wealth, given how our society operates, with the people who have wealth setting the wages and conditions for those who don’t, often making it very difficult indeed to escape poverty.

It’s encouraging that reflecting on one’s relative lack of wealth compared to others boosts empathy and generosity. At least these attitudes are not fixed, and reflection, self-awareness, and social awareness are tools for change.

Bodhipaksa
Bodhipaksa has been meditating since 1982 and teaching since around 1989. He is a Buddhist practitioner and teacher, a member of the Triratna Buddhist Order, and a published author. He launched the Wildmind website on November 11, 2000. Bodhipaksa has published many guided meditation CDs, guided meditation MP3s, and books. He teaches in various meditation centers around the world. He is supported by donations from members of the Wildmind community. If you're interested in becoming a supporter and in getting access to more of Bodhipaksa's teachings, please click here to learn more about his meditation initiative.
dana, generosity, giving, money, psychology and meditation, society