Helping yourself speak your truth 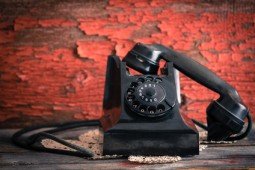 Normal as they are, these inhibitions limit your autonomy, and consequently, your intimacy. Their regulation is excessive and thus unskillful. And they harm others by denying them important information about how you are feeling and what you really care about. Here are some ways to deal with them:

1. Draw on the slow but powerful prefrontal cortex to keep reminding yourself that you are entitled to the pursuit of your own happiness, to your own experience, and your own view – and that you will communicate in a virtuous manner. It could help to write out a kind of manifesto – usually for your eyes alone – declaring what is fair and just for you in your relationships. In actual conversations, particularly if they are over the phone or via email or texting, you could set your manifesto, or even just a few jotted notes, in front of yourself. The clarity in explicit language is a kind of secure base that establishes the moral, principled rationale for your self-expression.

2. Similarly, remind yourself that you are responsible for conducting yourself in an honorable way, but not for all the other things affecting a person’s reactions to you.

There are 10,000 causes upstream of this moment in that person’s life that are not wearing your name tag. Fundamentally, each of us is responsible to our reactions to stimuli – including the person with whom you’re communicating. Just because he or she feels bad does not in itself mean that you did anything wrong. In fact, you could be helping a person by bringing something to light that, unfortunately, also makes him or her uncomfortable.

3. Keep exploring your experience. Think of it as a multi-track song, the major tracks being perceptions, body sensations, emotions, thoughts, images, and wants. Particularly sense into the tracks you’re least aware of. Even if you feel out of touch with yourself at first, continuing to gently investigate your inner world and treating what you find with curiosity and kindness, will forge neural connections and increasingly bring unconscious material into awareness. I once did a stint of Jungian dream therapy with a wonderful analyst who had this saying: “When your unconscious knows you’re listening to it, it’ll start talking to you.” (The important exception to this general advice is for people with a trauma history, who are advised to steer clear of painful material until they’re really ready to go there.)

4. Consider how your upbringing, gender, culture, and life experiences have shaped your communication style. Sense their impact in your body, in body sensations, constriction of breath, posture, shoulders hunched forward protectively, etc. For example, for a long time my feelings were blocked by a kind of valve in my throat; I knew what they were but just couldn’t get them through that choke point. Awareness alone often slowly dissolves these patterns. Additionally, there are formal methods for opening up self-expression, such as bioenergetics, psychodrama, counseling, and somatic experiencing.

5. Off-line, not in the moment with the other person, practice expressing the things that you usually avoid. Write and say sentences out loud (by yourself) that would be tough to express directly, such as “I feel really needy” or “I’m very angry with you.” Yes, it’s artificial and theatrical, but you could also act out certain strong feelings just to break the logjam around them – what body-oriented therapists refer to as “armoring” – such as by venting loudly in suitable situations. Until I did an “anger release” workshop in my 20’s, it was nearly impossible for me to express that emotion, but just one day of role-playing and a fair amount of yelling cracked open that capability.

It’s not just the “negative” emotions that are locked up; often the biggest undelivered communication is “I love you.” Here’s another quick story from my 20’s. I was getting Rolfed, a form of deep-tissue bodywork that back then was routinely painful, and in the hands of my particular no-mercy Rolfer sometimes actually led to rising screams coming from her office as I fidgeted in the waiting room: “Stop, Myra, please stop, oh God, please stop!” So I anticipated the fifth session in the series with dread, since it plunged into the abdomen, where I figured buckets of tears were buried. But when she got in there, an incredible wave of love poured out, which had been suppressed for many years.

In your mind or on paper, make a list of your major undelivered communications, past and present. Be sure to include positive emotions and statements which haven’t been expressed. Then decide what you want to do with this list. It will be too late or inappropriate to deliver some communications directly, though you can still experience a lot of benefit from saying them out loud or writing them in a letter that does not get sent. For the rest, it could be good to get them off your chest!

Methods like these can really help you communicate autonomously – and thus help you connect intimately.