How to get into jhana 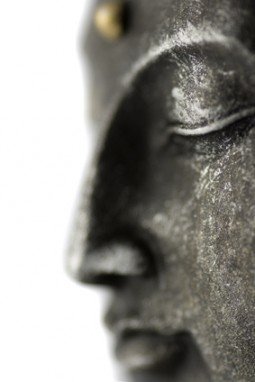 A lot of the time in meditation our experience is of distractions relentlessly colonizing our attention. We set off to follow the sensations of the breathing, but after some time we come to realize that we haven’t been paying attention to the breath at all. We realize that we’ve been caught up in some inner drama, or that we’ve been turning over thoughts in the mind. What were we thinking about, exactly? Often it’s hard to say. Our distractions are often dream-like, and as we “awaken” into a more mindful state they often slip away from us, as do our dreams when we wake in the morning. We commit ourselves once more to mindfully observing our experience, but the cycle goes on.

But once in a while, like a blessing, come joy and ease. We find ourselves effortlessly able to stay with our experience. Our distractions are nowhere to be seen. The mind is calm, and we’re deeply happy. We feel alive and vital. This kind of experience is called jhāna (Sanskrit: dhyāna), and it arises when the five hindrances of ill will, sense desire, restlessness and anxiety, sloth and torpor, and doubt have been dispelled. The turbulent emotions that normally fill our consciousness are gone, and we find that the mind is naturally joyful and focused.

There are four levels of jhāna, each one deeper than that preceding it, and collectively they constitute sammā samādhi, or right concentration. Some Buddhist schools place little emphasis on the jhānas, and some teachers dismiss them altogether as non-Buddhist, but any objective look at the earliest Buddhist teachings shows that in the early Buddhist tradition they were regarded as tremendously important, and as indispensable for enlightenment.

So if we’re serious about freeing ourselves and others from suffering, we should be serious about deepening our experience of jhāna. How, then, can we move beyond having jhāna as an experience we sometimes stumble into accidentally, and make it more of a regular occurrence in our meditation? Getting into jhāna is easier than you might think. I’m going to outline an approach that I’ve found to be useful in cultivating jhāna. Before we begin, I’m assuming that outside of your meditation practice you have trained yourself to be reasonably ethical. After all, you meditate with the same mind that you carry around in the rest of your life. My approach is based on an adaptation of the traditional list of jhāna factors that’s found in the suttas (early Buddhist scriptures). In the suttas we find that there are four “jhāna factors” described.

First, there’s pīti, which is often translated as “rapture,” but which is better thought of as physical pleasure and energy. Pīti can manifest as a feeling of ease, warmth, and relaxation, as localized tingling, or as currents of energy flowing in the body. In everyday life, pīti is experienced when we’re startled, or when we listen to arousing music, or when we’re relaxing (e.g. when we’re having a massage).

The second factor is sukha. This is joy. While pīti is physical, sukha is emotional. It’s the emotion that arises when we’re free from the distractions and turbulence of the hindrances, and when the mind is undisturbed by the world around us. Joy is something we’ve all experienced outside of meditation.

The third and fourth jhāna factors are vitakka and vicāra, which are both forms of thought. In the first of the four jhānas, there is still some thinking going on. This is not “monkey-mind,” with our attention leaping from one thought to another on a whim, like a monkey swinging from branch to branch. Vitakka is called “initial thought,” and it’s when a thought simply pops — or is dropped — into the mind but doesn’t go anywhere. It doesn’t start off a train of random thoughts. Initial thoughts may pop into the mind, as when we think “Gosh, this meditation is going well” and we simply leave the thought there without pursuing it. Or we may introduce an initial thought into meditation, as when we drop in the words “May all beings be well” and simply notice what happens. Vicāra is called “sustained thought” and is a mindful train of thought. The counting in the mindfulness of breathing is a form of sustained thought — a series of connected thoughts that doesn’t deviate from its course. The important thing to note about initial and sustained thought is that they’re the kind of thinking we do when the mind is calm.

Once the body begins to relax, pīti (pleasure, energy) tends to arise naturally. The release of tensions from the body is experienced as pleasurable. And as we observe the body, and especially sensitive parts of the body like the hands, we notice a sense of tingling, or of flowing energy.

Sukha (joy) can be encouraged simply by paying attention to pleasure and energy in the body. However we have to simply accept pleasure, and not grasp after it. We can also encourage the arising of joy by smiling, by imbuing our experience with a sense of lovingkindness, and by appreciating the present moment as something miraculous. (There’s nothing like taking our experience for granted for killing joy).

With a calm mind, pleasure and energy in the body, and a mind imbued with joy, jhāna begins to flow naturally. At this point we’re not simply observing the sensations of the breath, but noticing the breath accompanied by the experience of pleasure and joy.

Although it’s not enumerated as a jhāna factor, continuity of awareness becomes a prominent experience at this point. We’re able to stay with our meditation practice quite effortlessly. Our experience is generally very pleasurable at this point, and so the mind has no motivation to go wandering. If calmness, pleasure, and joy are present, but continuity of awareness isn’t yet established, then what is needed is a gentle effort — an effort that seeks to perceive the object of concentration more vividly.

Calmness, pleasure, joy, and continuity of awareness can be regarded as a practical set of jhāna factors, not simply seen as milestones showing us that we’ve reached jhāna (as the traditional jhāna factor list tends to be used) but as tools to help bring jhāna into being. At any point in your meditation you can assess the balance of calmness, pleasure, joy, and continuity of awareness. (You can even give each factor a score out of ten!) If one or more of these factors is less developed than the others, you have a clear sense of what you need to be working on in order to bring jhāna about. Jhāna ceases to be an accident and simply becomes what happens in meditation. And by repeatedly establishing the mind in jhāna you turn your mind into a powerful tool for reflection, and for cultivating insight.