In a little park in Ghent 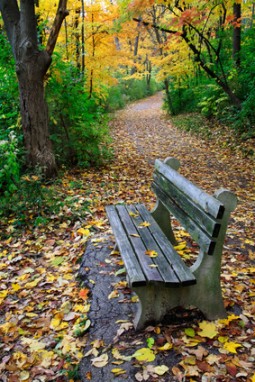 Yesterday i was sitting in a little park in Ghent together with a friend talking about….friendship. The sun was shining gently and cosy on us as if she was warming our love for beauty and truth. And i remembered Narziss and Goldmund, the novel of Herman Hesse, about the remarkable story of two friends.

A few weeks ago i left my job to work for the Buddhist Centre in Ghent and so i had to say goodbye to my colleagues some of whom i have known for years. I definitely wanted to leave my job yes but i didn’t want some of my colleagues to dissapear. I wanted to hold them, to grasp them, i wanted them near me, to stay near me, i wanted our experiences with one another to last. I realised that a good part of my life is over. So i looked for all kinds of reasons to justify that things could go on just like they used to do, as if i would still be working there. What a difference with Narziss and Goldmund!

These two people are friends and they don’t even see each other that much. Most of the time they are living separately but they are in each others’ minds nearly all the time, as a guide, as a mentor. And if they do see each other they don’t waste time. They ask questions to one another, penetrating questions to help the other live his qualities. To help the other unfold the fullest possible potential as a human being. And all that space…they don’t limit each other, they give one another space to breath, to grow, to explore…And there was i manipulating reality, colleagues and myself because i find saying goodbye and things changing uncomfortable, even painful.

Narziss and Goldmund rejoice in each other as well. Rejoicing too is connected with the flowing nature of reality. And their rejoicing in each other is fluent, spontaneous. Sometimes i rejoice in friends as well and sometimes i almost immediately think, in a secretly way, i can do that too and probably even better. But other times when i really succeed in rejoicing wholeheartedly and sincerely, wow, what an energy is flowing then, what a fountain of joy and happinness, what a flow of reality itself.

Narziss and Goldmund showed me that friendship is about letting things flow, about relaxing in reality, about pointing out to each other the qualities one has in order to unfold these and realise a more creative life in accordance with reality.

And i had tried for days on end to deny all this, to capture others in my nets, to limit myself and them to an illusion of holding, not letting go…but now Narziss and Goldmund are my friends.

Arthakusalin
Arthakusalin lives with his family in Oudenaarde, an old Flemish city known for its tapestries. He is involved in the Triratna buddhist centre in Ghent which he considers to be "probably the most beautiful city in the world." He was raised in the Western part of Belgium, not far from Ypres, a city who still breathes the tragic stories of the first World War. After living a few years without direction or sense he decided to try to live as ethically as possible, even if life would have no sense at all. A few months later he met the Dharma and was impressed with the clarity, the simplicity and by having the responsibility for his own life. For the time being he works with adolescents with mental disabilities coming from social classes with lesser opportunities.
literature, reality, spiritual friendship