Integration of mind and brain 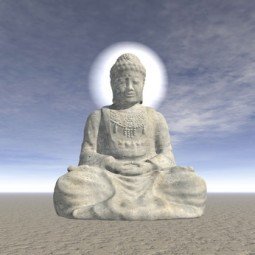 Linking of mind and brain has three important implications.

The fleeting flow of experience leaves behind lasting marks on your brain, much like a spring shower leaves little tracks on a hillside.

For example, the fine motor areas of pianists are measurably thicker than those of non-pianists. Similarly, the portions of the hippocampus that are responsible for spatial memory are discernibly thicker in experienced London taxi drivers compared to when they started their training. On a darker note, chronic serious trauma and stress lead to a noticeably smaller hippocampus, which also has a central role in registering new experiences into memory.

Second, as your brain changes, your mind changes. For example, if millions of your neurons start firing together in relatively slow rhythms – called Alpha waves – you will experience a growing sense of peacefulness and calm. Alternately, if your hypothalamus tells your pituitary to tell your adrenal glands to release epinephrine, cortisol, and other stress hormones, you will feel revved up to fight or flee.

Third, you can use your mind to change your brain to benefit yourself – and everyone else whose life you touch.

It may seem a little disorienting at first to think about “using your mind to change your brain to change your mind,” to intervene within your own brain at the organic, material level. But it’s actually very natural. For an everyday example, consider how you might routinely change your brain with a cup of coffee or tea – or a donut! – to feel more focused in an afternoon meeting.

You can use your mind to change your brain to benefit your being in two ways.

First, you can use your mind to activate brain states, right now in the moment, that promote patience or inner peace or other positive qualities in response to difficulties, such as wounds to your brain.

Second, since “neurons that fire together, wire together,” by deliberately cultivating wholesome states of mind, over time you create permanent, structural changes in your brain. Those changes may be a matter of uncovering a Buddha Nature, or Transcendental Awareness, or True Self that was there all along – but the “removal of the obscurations” is still a change within a person’s brain.

These scientific findings in modern psychology and neurology offer incredibly good news. They confirm the ancient teachings of the Buddha about the possibility of each person transforming his or her life – even to the point of enlightenment. They nourish conviction, sometimes called faith: one of the seven factors of enlightenment. They explain why it is really beneficial to do certain practices, which encourages right effort. And they suggest new practices that may increase the power and penetration of traditional ones.