“Let everything happen to you: beauty and terror. Just keep going. No feeling is final.” Rainer Maria Rilke 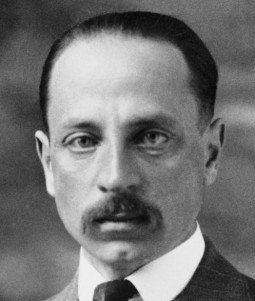 I offered her a few suggestions, which I’ll enlarge on here:

1. Stop considering grief as an emotion.

Is grief an emotion? Is “emotion” even a meaningful term, in the context of Buddhist practice?

Increasingly I find the word “emotion” to be an unruly and overly broad category. It’s not a traditional Buddhist term, and I tend to avoid it. Buddhism talks about vedana, or feelings, but these don’t overlap very well with our term “emotion.” Vedanas are a primarily a sense of whether something is pleasant, unpleasant, or neutral. They’re our evaluation of something we’ve perceived: look out of the window and see rain, feel your heart sink; see the sun come out from behind a cloud, feel a rush of joy. Those are things we’d often call “emotions.”

Buddhism also talks about cetana, which is volition or intention. Metta (lovingkindness) is the desire that beings be happy, and the intention to act in a way that makes them happy. Anger is the desire to hurt, or wound, or to destroy an obstacle. So we might often call cetanas “emotions” as well.

But from a Buddhist point of view, vedanas/feelings and cetanas/intentions are completely different things! We can’t directly choose what feelings arise, but we can choose what intention we’re going to put our energy into. For example, you can’t choose not to be hurt by a cutting comment, but you can choose not to express or reinforce our anger, and instead to focus on being kind. Feelings are part of out “input” (i.e. experience that arises in consciousness) while intentions are what lead to output (i.e. actions).

So our term “emotion” covers two different phenomena in an unhelpful way.

Also, some intentions may not have much feeling associated with them. We can be kind to others without actually feeling anything like love. We might even feel rather depressed, but still want to act in a way that’s helpful and considerate to others, and we wouldn’t want them to suffer. This confuses people sometimes when they’re practicing meditations in which they cultivate lovingkindness. They look for something resembling an “emotion” of love (gushing warmth in the heart, a feeling of radiance) and don’t find it. So they think they’re doing the practice wrong and don’t have any of this “thing” called lovingkindness. Actually, they have the intention for beings (including themselves) to be happy, so they have plenty of lovingkindness.

So that’s why I tend these days to avoid the word “emotion” and to stick to the traditional terms vedana and cetana, or their translations, feeling and intention.

And I suggest that the primary experience of grief is what Buddhism calls a vedana. It’s a feeling. In this case it’s an unpleasant feeling, and it usually arises when something we’ve loved or clung to has been lost. Sometimes we’re not even conscious that we have lost anything, so grief can seem to arise randomly.

But what we call grief can also have a volitional, or intentional, aspect to it as well. After the primary experience of grief comes our response, which can include aversion, or thoughts about how this experience shouldn’t be happening, or how we just want it to go away, or we think that we’ve “failed” because we’re suffering, etc. Those are all volitions, and they intensify our suffering. Every time we respond to our initial experience of grief with a thought akin to “woe is me,” a new wave of unpleasant feeling is generated.

The initial grief — the first pang — that we experience is what the Buddha called the “first arrow” of suffering. Our resistance, etc., is the “second arrow,” which we fire ourselves, and which adds to our pain.

So first of all we need to accept that the grief is there, and that it’s OK to feel it, even if it’s unpleasant. You can even say to yourself, “It’s OK to feel this.” So we keep dropping all the “second arrow” volitions, thoughts, and actions, and mindfully pay attention to the grief as best we can.

But we can also have compassion for our own pain. This doesn’t mean wallowing (that would be the second arrow again) but simply recognizing that there is a part of us that is in pain, and giving it our kindly and loving attention. You can locate where, in the body, the grief is principally located. (It’s often the solar plexus). And you can wish your pain well, as you would to a friend in the metta bhavana practice. You can even place a hand on the place where the grief is manifesting and say something like “I love you, and I want you to be happy.”

Rilke’s statement, “Let everything happen to you: beauty and terror. Just keep going. No feeling is final.” is very apropos, but it might suggest to some people being overwhelmed by feelings. Allowing yourself to be overwhelmed is not what Rilke is suggesting, though, since he also advises us to “just keep going.” When we’re lost in our feelings we become passive and so we give up on the “going.” The feeling becomes the only thing we can know or see. When we “just keep going” we’re aware that we’re going through a process that will naturally end. The more we resist our feelings, the longer the process will take. The more we can accept them and have compassion for them, the more quickly they’ll pass.

“No feeling is final.” Every feeling we have ever had has arisen and passed away. It came from emptiness and returned to emptiness. This is true for whatever you’re feeling right now. That anxiety, that dread, that feeling of hopelessness and despair, that grief — it’ll pass. Just accept it, and give it your compassion, and help it on its way.

Bodhipaksa
Bodhipaksa has been meditating since 1982 and teaching since around 1989. He is a Buddhist practitioner and teacher, a member of the Triratna Buddhist Order, and a published author. He launched the Wildmind website on November 11, 2000. Bodhipaksa has published many guided meditation CDs, guided meditation MP3s, and books. He teaches in various meditation centers around the world. He is supported by donations from members of the Wildmind community. If you're interested in becoming a supporter and in getting access to more of Bodhipaksa's teachings, please click here to learn more about his meditation initiative.
emotion, feelings, grief, intention, self-compassion, vedana