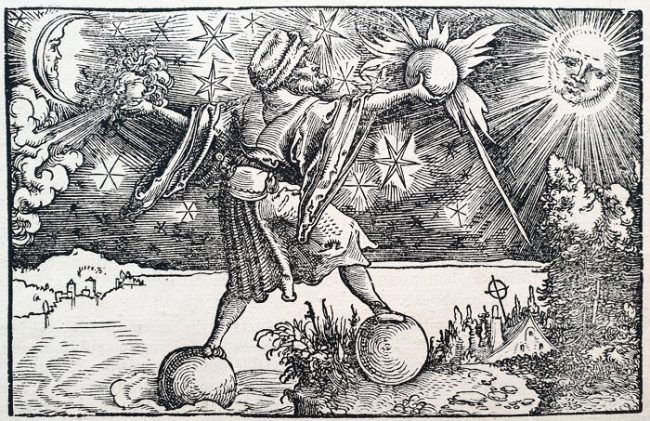 You might wonder what grammar and spirituality might have to do with each other. A lot, as it happens, but I’ll say more about that in the actual review. Right now I’d like to give a flavor of that connection by providing you with an example based on the book. It’s an example that starts off in the normal territory of grammar (which we often think of, I believe, as worthy but dull). But then it leads us into the territory of magic, and to a way of thinking about what we’re doing in meditation that has the potential to make our practice more vibrant and meaningful.

(Bear in mind that I’m condensing and simplifying, although hopefully not too grossly distorting, what Weinstein says.)

First the ordinary grammar: You’re probably familiar with the distinction between the use of the “active voice” and the “passive voice” in writing. The active voice is represented in a sentence such as, “I drove the car.” The “I” in the sentence is the doer—the one that actively drives. The car is the thing that “I” drove.

A passive-voice version of the same sentence would be “The car was driven.” Here there’s no active agent. Or at least the one who’s doing the driving is left unnamed and unexplained.

Because it neglects to mention who the “doer” is, passive voice is a construction favored by those who want to avoid taking responsibility. A politician says “Mistakes were made” because that construction leaves who actually made the mistakes (often themselves) unnamed. They give the impression that “responsibility has been taken” (another passive construction) but they themselves don’t take any responsibility. Similarly, when I point to a broken vase and ask my children what happened, they’ll usually say “It broke.” Perhaps my children are destined for careers in politics.

Weinstein points out that switching from using the passive to the active voice can be empowering, reminding us that we have agency. To take one of his examples, if someone asks you why you’ve been holding a phone to your ear without saying anything for a long time, you might say, “I’m being kept on hold.” This way of speaking (and thinking) reveals and reinforces a sense of helpless passivity. If you were to say something like “I’m waiting to talk to my bank” you’re framing yourself as an active agent—someone who is choosing to wait. It’s more likely, Weinstein points out, that using more active language will give you more of a sense of freedom—the freedom to hang up and call back later, for example. Using the active voice encourages us to take responsibility and to remind ourselves that we “remain the makers of our fate,” as Weinstein puts it.

Yet the passive voice, Weinstein also says, can express a form of “creative passivity” as well. The active voice can lead to us being effortful to such an extent that we get in our own way. Weinstein gives the example of his early attempts to sing being marred by having too much tension in his vocal apparatus. A skilled teacher later helped him to let go, so that his voice could flow, effortlessly, from him.

The active voice can also feed into our ego, while the passive voice can be expressive of modesty and of an awareness of interdependence. The woman who says, “I won the Oscar for best actress,” is suggesting that her talent and hard work alone were responsible for her success, Weinstein points out. On the other hand the woman who says “I was awarded the Oscar for best actress” is admitting that other factors are involved in this success. Luck can certainly be one of those factors (some actors are discovered while waiting tables—how fortunate for the actor that the director sat in that particular restaurant or cafe and not in the one down the road!). Perhaps people on the judging panel happen to know and like them. Perhaps other, better, performances weren’t brought to the judges’ attention. She has also been trained, coached, and advised by many people, who also contributed to her performance. The passive voice—”I was awarded the Oscar…”—can help us to recognize this complexity and also help move the “self” from the center of the story.

Additionally, the passive voice very accurately expresses how creation happens. Fiction writers talk about how their characters behave in ways that are unexpected to them and experience themselves as the passive recipients of their characters’ dramas. Painters feel inspiration flowing through them, and so on. The passive voice expresses the reality of what takes place when we create. (And not just when we create: my article on non-self, The boys in the basement, the empty room, and the plagiarist, explains how the sense we have that we own our actions is in fact an illusion.)

But what of love and magic? The title of this little essay promises to say something about those topics as well.

First, grammar and magic are related. There’s an old Scots word for a magical spell: a glammer. Glammer made its way into English as “glamour,” which is the spell cast on us by beauty. Glammer was originally an alteration of “grammar,” which is from the Greek grammatikē tekhnē, meaning “the art of letters.” Magic used signs, symbols, and letters to conjure up desired results. Grammar is from the same Greek root, and it does the same thing: letters and symbols are used in certain ways to transmit a desired meaning (a pattern of thought, an understanding) from one mind to another, in a form of telepathy. Although Weinstein doesn’t say this in his book, grammar is magic.

Next, Weinstein also talks about a form of sentence that is neither passive nor active (or is both), and which brings us into the realm of the magical. And that grammatical form is one that’s commonly used in meditation.

In a chapter subtitled “Blessing,” Weinstein calls this the “active-passive hybrid.” The formula for this hybrid, which is rare in English, is the one that “begins with the auxiliary subjunctive verb may.” For example, “May your spirits lift.”

Who is the one who takes action here? The speaker is not saying “I raise your spirits” or even “I hope your spirits lift.” It is some unnamed force that will do the lifting. So this may seem like a passive construction. But at the same time the speaker is making an invocation. The form of words suggests that they have the power to invoke and direct the forces that can affect how another person feels. And so it also seems active. Perhaps it’s both, or neither.

Insofar as I can tell, the blessing formula using may does several things at once.

Now this “blessing formula,” although I’ve never called it that, and so I thank Weinstein for the term, is common in lovingkindness and compassion meditation. We might use any of the following phrases in this type of practice:

Those of us who do this kind of meditation are so used to that particular form of words that we don’t even think about it. But perhaps thinking about it would enrich our practice?

So I’d like you to imagine, as you’re reciting phrases of that sort—phrases of blessing—that you are becoming a channel for unknown forces that are indeed capable of bringing about wellness, peace, freedom from suffering, and an all-pervasive attitude of kindness. These unknown forces may reside in the entire universe, or in the earth beneath you, the heavens above you, or deep inside you. But consider that in saying “May you be at peace” you are inviting them to flow through you.

In passive voice terms, love is flowing through you. But there is also an active component. You are willing or inviting the forces of love to arise. You are willingly becoming a conduit. But you are not a passive conduit. You are bestowing these blessings upon the world, or upon particular individuals.

How enriching this is, not to limply and half-heartedly be reciting phrases, but to open ourselves up to love, to be a conduit for it, allowing it to affect our entire world. You have receptivity but also agency. You have power but also the humility to know that the power isn’t really yours.

So I recommend that you let yourself (another passive-active construction we often use in meditation instruction) adopt this perspective: that in lovingkindness and compassion practice you are inviting blessings to well up inside of you, and that those blessings are then, through you, bestowing themselves upon the world.

Once you’re aware of grammar as magic, of grammar as glammer, your meditation can become magic rather than a mere formal exercise in training the mind.

Wildmind is a Community-Supported Meditation Initiative. It is supported by, at present, over 600 people who donate an amount every month and who receive numerous benefits in return. Click here to learn more about the meditation initiative.