Navigating the culture of outrage 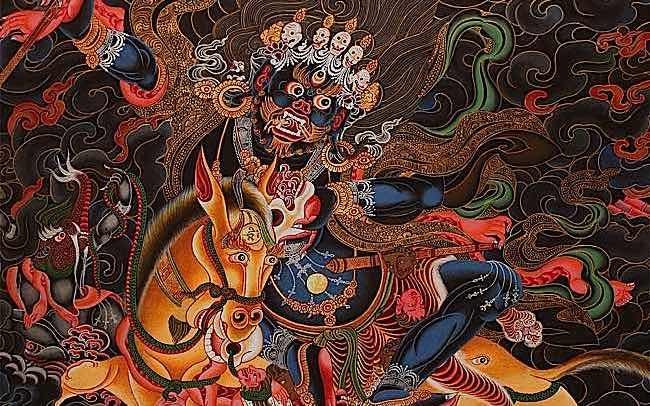 A little over 35 years ago I heard the Dalai Lama speaking in Edinburgh. Someone asked him, “You’ve talked a lot about love today and you’ve talked a lot about the dangers of anger, but isn’t anger useful? Doesn’t anger get stuff done?” And his answer was, I thought, very astute. He said, as best I can recall, “Yes, anger does get things done. Anger can make things happen very quickly. And that’s why you have to be very careful with it.”

The thing is, anger speeds things up. It’s like hitting the gas pedal in the car. And if we’re going to speed up it’s helpful for us to check that the vehicle is pointing in the right direction.

Psychologists have a similar ambivalence about outrage, which is similar to anger but can be (and in my opinion should be) distinct. Moral psychologists, who study how we judge what’s right and wrong, traditionally regard outrage as a bad thing because it disturbs our wellbeing and is potentially destructive. On the other hand intergroup psychologists (who study how different groups interact) often think of outrage as a good thing, because they’ve seen how it has brought people together to bring about positive change.

And nowadays some psychologists are starting to see outrage—and emotions in general—as being neither good nor bad. What’s important is what we do with our emotions. So it might be best to think of outrage and anger principally in terms of whether they’re effective or ineffective.

Is There a Distinction Between Anger and Outrage?

Outrage isn’t necessarily angry at all. My dictionary’s definition of “outrage” is that it means “to arouse fierce anger, shock, or indignation.” Note the word “or,” which indicates that outrage is not intrinsically angry. In fact I often experience outrage in terms of my conscience being shocked, with an accompanying passionate desire to right a wrong. Anger is not required.

Anger is similar to outrage, in that it’s a passionate desire to cut through some obstacle or to change something, but it’s often personal, and takes the form of hurtful words.

Outrage can easily bleed over into insults or other displays of anger, but those can and should be avoided, since they’re ineffective. Outrage needs careful management, which is why I’m writing this article. This distinction reflects my understanding, incidentally. You and I might understand these words differently.

The Good and Bad

Moral outrage, as intergroup psychologists have pointed out, has helped indeed us in many ways, for example with eliminating or reducing various injustices. Stimulating outrage can be very effective if you want to make the world a better place. If for example you’re promoting an environmental group, then including pictures of beautiful places is much less effective than showing pictures of, say, a polluted beach. Feelings of anger and outrage often motivate us far more than pleasant feelings do.

On the other hand, outrage can can be very destructive. For example it can turn into destructive anger and bullying, where online mobs hound people and destroy their lives, sometimes over quite minor things.

Buddhist journalist Robert Wright recently discussed this theme of how outrage can sometimes be effective and sometimes not, by examining two different cases. One of these was Jeanine Pirro on Fox News. She had made some anti-Muslim comments on air, essentially questioning whether a Muslim member of Congress could be a patriotic American. The other was “Russiagate”—concern about whether the Trump campaign had improperly colluded with the Russian government.

What Wright did was a kind of cost-benefit analysis: what would have happened if there was or wasn’t any substantial outrage? In Pirro’s case, in the absence of outrage she would have gotten away with saying what she had said, and the belief that a Muslim cannot be patriotic would have moved toward normalization. Instead, what happened was that, as a direct result of popular outrage, Pirro got suspended. Presumably she and other TV presenters will be more careful about making statements like that in the future. Outrage here brought about a (small) shift in our culture.

Wright also talked about “Russiagate,” and the almost two years of outrage that have accompanied it. Again, what difference does outrage make, Wright asks? Well, there was an investigation (actually several investigations) going on. If there’s no outrage, those investigations will continue to their various conclusions. What happens if there’s a highly outraged reaction? Well, exactly the same thing! The Mueller report comes to its conclusion (and presumably the report will eventually be released in its entirety). Various congressional investigations will continue. Our outrage in this particular case makes almost no difference.

In addition, outrage is exhausting. It’s draining. Outrage takes psychological and physical a toll on us, especially when it spills over into anger. And yet at the same time we can come to feel that we can’t live without it. It becomes a kind of addiction. On some level we enjoy getting outraged. It makes us feel that we’re on the right side. It helps us feel that we are bonding with others who have similar views. But when we’re continually in “outrage mode” it’s really very, very unhealthy for us. And it’s also hard to know when to stop, which is probably contributing to our outrage culture where thousands of people publicly sometimes shame people for minor offenses.

So those questions — Is my outrage proportionate? Is it useful? — can help us to keep the outrage that we will inevitable experience, from turning into angry mob behavior. It’s vital that we question ourselves in this way, otherwise we can end up being swept along in other people’s emotions. It’s wise for us to learn to be selective about what we’re going to be passionate about so that we don’t get exhausted.

Of course some people will say that we should steer clear of outrage altogether—that it’s an unskillful emotion. But if it’s possible, as Buddhism traditionally says, for us to eliminate anger altogether, then presumably we first of all have to learn to moderate our passionate energies, and to direct them wisely, and to be mindful about when and when not to use them.