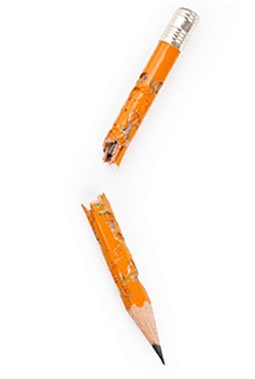 One of my clients — I’ll call him Mark — took up meditation to help with his lifelong anxiety. He was all too aware of his tendency to over-analyze and worry about everything. He’d been meditating on and off for two years, gone on retreats, read tons of dharma books, done everything he could think of.

But he felt like there was no progress at all. He told me that every sit still featured that same old frenzied monkey mind swinging from tree to tree. It was nothing but frustration.

I have to say, I empathize. I bet you’ve been in a similar place, too. We all take up meditation with some kind of goal in mind. And we really do put in our best efforts. But what do we do when it doesn’t work?

We’ve all been told since childhood that if we want something to happen, we have to MAKE it happen. This is true, up to a point.

But for Mark, this was creating the exact opposite of what he wanted. The harder he tried, the more it stirred up his mind. The more it emphasized how far he was from where he wanted to be. Which brought on more anxiety and self-criticism. The more he pushed himself, the more another part of him rebelled. He’d get into battles with himself.

For one, I thought his mindfulness practice was doing just fine. It was going so well that he was seeing himself – and his overactive mind – face to face, as it really was. Congratulations, I told him. Your meditation IS working for you. Just because you don’t like what you see doesn’t make it wrong.

When we’re dealing with lifelong habits and tendencies, taking up meditation won’t make them just go away. It’s not like a pill we take to get rid of the parts of ourselves that we don’t like. It’s more like a very accurate mirror. It reflects us back in great intimate detail, so we can see clearly and start working with ourselves better. This is when things can really start happening.

Sure it sounds unpleasant. But which would you prefer — to stick with the same old familiar habits that aren’t working, or venture into new territory that points to freedom from those habits?

And so how do we point toward freedom?

I think the answer is to give up. I’m serious.

I don’t mean give up meditation. I mean give up the fight. I suggested to Mark that he stop all the effort and obsessing. Just sit and be with what is. Everything changes in every moment. Just observe the organic ebb and flow.

What? How does that help?

Obviously we can’t change what’s already happened. Anxiety, frustration, worry – whatever is there is there, for better or worse. It does no good to get upset about it. All we can do is change the way we RESPOND to what’s there.

So rather than meeting it with more judgment and frenzy, we meet it with acceptance, calm, and kindness. We’re practicing being the sort of person we want to be, RIGHT NOW. We stop perpetuating the same old cycle. If we can’t muster a calm and kind response, even just taking a breath and acknowledging what’s happening is a change in the right direction. ANY tiny step in the direction of less frenzy is great. That’s all it takes.

Mark wondered how he’d know if he’s making any progress. It feels so … well … passive.

But we DO know that acorns grow upward toward the sun. If we keep our intentions pointed upward in the same way (not grasping or worrying, but just facing upward and keeping a open, positive attitude), progress is inevitable.

As the Buddha said,

“If one speaks or acts with a pure mind, happiness follows like a shadow that never departs.”

Note he said “happiness follows.” Not “we make happiness happen.”

With each small moment of awareness, it’s like we’re watering and fertilizing the seeds of peace in the soil of our consciousness. We can’t MAKE them sprout and bloom. But if we do our part, we can surrender the rest to a natural process that will always come through for us.

I’ve really grown to trust that this is the way things are.

Sunada Takagi
Sunada Takagi is on a mission to help people transform their lives through mindfulness. Her work includes leading classes in Mindfulness-Based Stress Reduction in the Boston area, and coaching individual clients from anywhere in the world via videoconference or phone. Read more at her site, Mindful Purpose Coaching. Sunada also teaches and leads retreats at the Boston Triratna Buddhist Sangha and Aryaloka Buddhist Center. Sunada was ordained into the Triratna Buddhist Order in 2004. This is where she received her name, which means "beautiful, excellent sounding." You can follow her at her Mindful Living Blog as well as on Facebook.
letting go, meditation for anxiety