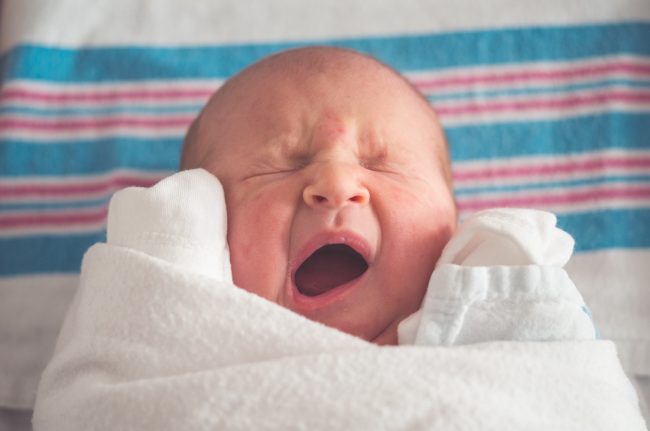 Meditation’s about “waking up” to reality, but can it help us get a good night’s sleep? Bodhipaksa indulges in some pillow-talk.

Like most people I’ve sometimes had periods when I’ve found it hard to sleep (or to get back to sleep). It’s not that it’s noisy or that my partner is tossing and turning, but simply that I’m wide awake with my mind both tired and over-active.

Over the years I’ve tried various things, like reading, getting up and making a cup of tea, etc, that have been useful in breaking into any unhelpful mental patterns that I may have. And often those things work well. Insomnia (in my case at least) generally involves being caught up in a loop of thinking that stirs up emotion, and that cycle of thinking in turn stirs up emotion which causes more thinking. That cycle needs to be interrupted for sleep to take place. Even getting up and making a cup of tea (a stimulant!) can be enough to interrupt the cycle and allow the natural sleep process to kick in. And I’ve found that reading provides an alternative thought-stream (I have the author’s words in my mind rather than my own thoughts) and can help lull me into unconsciousness.

But I’ve also found some meditative techniques that have never failed to work, and I mostly prefer to use these. The times when I’ve chosen not to use them are when I’ve been on a creative streak and I haven’t actually wanted to sleep because my preference has been to “go with the flow” and do the writing (or whatever) that’s been buzzing around in my mind.

The reason that I decided to turn to a more meditative approach is that sometimes wanting to get to sleep will actually keep you awake! What happens is that you lie there awake, but wanting to sleep. At some point you start to drift off, and some dream imagery may start to well up into the mind. Then the part of your mind that’s still awake gets all excited because it sees signs of sleep, and this excitement wakes you up again! This is classic craving, or grasping, in which your mind tries to grab hold of something it wants. But sleep by nature involves letting go, and so the act of grasping will prevent sleep from arising. This happens in meditation too, of course. When we try to recreate enjoyable meditative experiences we often find that we prevent them from occurring — the reason they occurred previously was that we’d stopped grasping and had simply relaxed into our experience.

There are four different meditative approaches that I’ve found to be useful in dealing with insomnia.

This is as simple as you can get. Basically, just meditate! But there are a few caveats. Not all meditative techniques will help you to sleep. Some will actually cause further stimulation and keep you awake.

So, lying in bed, keep your awareness focused on the sensations of the breath in your belly, observing the rise and fall of the abdominal muscles. It’s important to keep your awareness focused on the belly rather than any other part of the breathing process, because this is the most calming place to observe your breathing. The sensations in the chest, throat, and head are actively stimulating, and so observing the breath in those places would be counter-productive.

The other methods I use are based on an observation that there are three things that keep me awake: thinking that is comprised primarily of “inner chatter,” thinking that is composed mainly of vivid mental imagery, and physical arousal where there is restlessness in the body.

Sometimes we can’t sleep because we’re talking to ourselves so much — internally, of course. There may well be some inner imagery (see the technique below) but mainly we’re caught up in hearing inner discussions.

If you have a lot of inner self-talk, try making the voice or voices in your head become very s-l-o-o-o-w a-a-a-n-d d-e-e-e-e-e-p, like a vinyl record that’s been unplugged. The trick is to notice the stream of inner chatter and to take control of the flow, slowing it down. You may have to do this a few times, but you’ll notice that as the voices slow down you’ll almost immediately start to feel more sleepy.

Sometimes our stories are primarily visual. There will of course be an inner soundtrack that accompanies the movie we’re showing ourselves, but it’s the images we’re mainly caught up in and that are keeping us awake.

I’ve found that the most effective approach under these circumstances is to make the imagery go dark, and then to fade in some images of natural scenes. I prefer to visualize leaves on trees, moving slowly in a breeze. The slowness is important. It’s also important that the images be of something relatively unstimulating and restful, which is why nature images work. But a mundane scene, like rain dripping off of leaves, is more effective than inspiring mountain scenes, which are likely to keep you awake.

I often make the weather bad. As I mentioned, rain dripping off of leaves is effective. The fact that it’s raining means that the imagery is duller than usual, and the lack of stimulation is the key to getting back to sleep.

With the techniques of slowing down mental chatter or calling to mind calming (and even dull) imagery, what you’re doing is taking charge of your mind. Rather than letting an uncontrolled stream of images and dialog run through your mind, keeping you awake, you’re deciding what you’re going to think about.

Lastly, one of the things that can keep us awake is physical restlessness. This can happen to me when I’ve been exercising too late in the evening. Even though my mind is tired my body is very much awake. If you find that you have a lot of physical energy, then imagine that your body is becoming very heavy, and that you’re being pressed down into the mattress. I sometimes pretend to myself that gravity is variable, and that someone has turned the gravity dial up to “high.”

This uses the same principle as slowing down your inner chatter or making your mental imagery dark and restful. When you’re naturally tired the body feels heavy. When you reverse this process, imagining that the body is heavy, you become tired.

You may have to use all four methods. I use method one to start with, and then the others as required. It has always worked! Sometimes I’ve been lying there thinking, “Nope, it’s not going to work this time,” and then suddenly it’s time to get up and I realize that I’ve slept the whole night through.

Bodhipaksa
Bodhipaksa has been meditating since 1982 and teaching since around 1989. He is a Buddhist practitioner and teacher, a member of the Triratna Buddhist Order, and a published author. He launched the Wildmind website on November 11, 2000. Bodhipaksa has published many guided meditation CDs, guided meditation MP3s, and books. He teaches in various meditation centers around the world. He is supported by donations from members of the Wildmind community. If you're interested in becoming a supporter and in getting access to more of Bodhipaksa's teachings, please click here to learn more about his meditation initiative.
body awareness, insomnia, sleep