Not watching the news as a spiritual practice 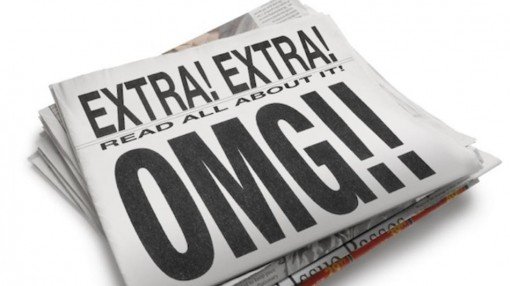 Yesterday morning, on Google+ (my social network of choice) I shared a newspaper article by novelist Rolf Dobelli, called News is bad for you – and giving up reading it will make you happier.

The lede of the article is “News is bad for your health. It leads to fear and aggression, and hinders your creativity and ability to think deeply. The solution? Stop consuming it altogether.” That’s the story in a nutshell.

Coincidentally, I’d just decided to go on a news fast. I’d been lamenting that I don’t have enough time to read books these days, and yet I commonly spend 20 to 30 minutes in the morning, and a similar amount of time dotted around the rest of the day, reading news articles and commentary. I tend to gravitate more to the commentary since this offers more of a analytical perspective — not just what the news is, but what it means.

Thinking about this, I realized that it’s not that I don’t have time to read books, but I’m choosing to do other things. So it seemed like it would be a good move to drop my news reading and to devote that time to more rewarding and productive activities. And so far that’s been great. I got half-way through a novel in the past week. And I’ve started reading On Intelligence, which Brendan wrote about a few days ago. (It’s a great article, by the way. Do read it.)

And I should say right here that I don’t have a television, and don’t watch news. The most I do is to read it. This is relevant, because not long after I posted the article by Dobelli, I heard the news that there had been a bombing at the Boston marathon. I got as far as skim-reading one article about this tragedy, and then remembered my news fast. The news was disturbing. Boston is close to home for me, and I probably know people who were running in the marathon.

The bombing comes four days into Wildmind’s 100 Days of Lovingkindness, which is a way of consciously focusing on love and compassion. So yesterday I did lovingkindness as I walked to work and as I walked home. I felt very buoyant in the morning, and just a little less so in the afternoon. But I felt fine. A little sobered by the news, but basically OK.

And then I started encountering people who had been watching the news on TV. I could recognize them. They looked collapsed, shrunken, defeated. They looked haunted. I was reminded of the reports I’d read that levels of PTSD after 9/11 were directly correlated to how many times people had watched the towers collapse. The same footage, over and over again.

I started to pick up some of this haunted feeling myself, just by seeing and talking to my neighbors. I did a meditation in the evening called the karuna bhavana (development of compassion) and it was curiously flat. I was cultivating compassion for those affected by the tragedy, and for those who perpetrated it (I want to see them brought to justice, but I refuse to hate them). But the meditation felt a bit lifeless. That’s OK, though. It’s just how it was. But it felt not so much like the event itself was rolling through me, but that the toxic media coverage was seeping into me. It was like second-hand smoking for the mind.

I talked to one neighbor about how in times past it might have taken days or weeks for news like this to have reached us. And when we did hear about it we might literally have heard it in the form of a story delivered orally, or perhaps we might have read about it in a newspaper report. But there would have been no images. Now people’s consciousness is on the front lines. I haven’t watched any of the footage, but I know some of it features the explosions themselves, and bloodied bodies. I find it’s enough for me to know that a tragedy happened. I don’t need to see the severed limbs. Our minds don’t respond well to being on the front line of tragedy, day after day after day.

The news gives us a false sense of power, as if watching it will somehow protect us from events. But I remember the first few times I went abroad in countries where I could basically scrape by in the language for day to day purposes, but didn’t have a chance of understanding the details of a news broadcast. I worried that I’d miss something big. But returning home after two weeks it was as if I’d never been away at all. I hadn’t really missed anything. Not anything that directly affected my day-to-day life.

And in fact Dobelli makes the point that the news disables us. It fills us with anxiety.

News is toxic to your body. It constantly triggers the limbic system. Panicky stories spur the release of cascades of glucocorticoid (cortisol). This deregulates your immune system and inhibits the release of growth hormones. In other words, your body finds itself in a state of chronic stress. High glucocorticoid levels cause impaired digestion, lack of growth (cell, hair, bone), nervousness and susceptibility to infections. The other potential side-effects include fear, aggression, tunnel-vision and desensitisation.

Dobelli uses the word “desensitization” and I think I see that. When I visit houses where the TV is always on, I’m shocked to see children (my children!) playing in the living room while a newsreader revels in the gory details of some murder-dismemberment. Would you talk to a five year old about such a thing? Why let a stranger do it? And yet this goes on in many, many households. I ask for the TV to be turned off.

I hear an objection: that I’m being overly detached by not watching or reading the news about a tragedy like this. You’ll have to take my word for it that I care. As I said above, until recently technology would have kept my awareness of such an event much more muted. Just because technology gives me an invitation to a ring-side seat at the carnage, I don’t see why I have to accept it. I choose not to attend, because I don’t want to “connect” in fear and horror. I’ll save my energies for being as loving and compassionate as I can, with the limited resources at my disposal.

And no, I’m not criticizing anyone who watches the news. I just invite you to consider that it is a choice: that you have a choice. I invite you to become aware of the toxic effect of watching TV news, and of the time-wasting effect even of reading it. The only way to do this, of course, is to stop, at least temporarily. Some people will panic at the very thought, which really makes my point for me.

Yesterday was a heckuva day to give up reading the news. But in a way it’s a good test. I’m going to continue testing out the hypothesis that news is bad for you, and that giving up reading it will make me happier. Just based on yesterdays events, I believe that’s true.

There is a big difference between “turning a blind eye” or not caring, and this approach in which you do not traumatize yourself through repeated watching of violent events, and anxiety-driven reporting. Not watching the mainstream news constantly does not equal being uninformed!