On becoming disconnected from oneself in meditation 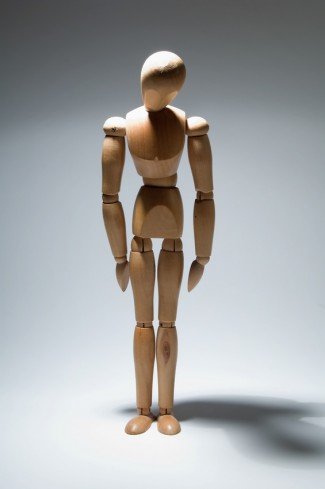 I often receive questions by email. Although I’ll sometimes reply directly to them, it strikes me that the best use of my time is to share my responses publicly, so that others might benefit.

Here’s the question, which came from someone who I’ll call Josh.

For a while now, I have been meditating and my body has remained tense – as I am usually quite tense – but my mind relaxes, but in a negative way; it is as if I begin to mentally and emotionally feel numbed out and lost. I would like to be able to meditate on the tension, on emotions, on really anything that’s going on within me, but I end up frustrated and confused because I feel that sense of numbed out and unable to reconnect. I wanted to ask if this is as at all common and if you had any suggestions on how to reconnect and deepen the practice regarding this issue.

Decades ago, when I was first starting to practice meditation, I’d occasionally hear warnings from my teachers about how certain approaches to practice could result in emotional “alienation.” The founder of the tradition in which I practice had come back to the UK from India, and came across (or heard about) a few individuals who had become disconnected from their own experience to the extent that they were “robotic.” One of the things they’d been doing, apparently, was “noting,” which means adding a silent mental note, describing what’s going on in one’s experience.

Noting in this way can be a valuable practice, helping us to be more mindful and clear. But in the case of these people, the mental experience of noting became a replacement for the actual physical experience that was being described. While saying “arm lifting, arm lifting” and “sipping tea, sipping tea,” the thoughts, rather than the actual physical experiences, had become the focus of attention. And having become disconnected from the body, emotional disconnection would follow. Apparently some people became hospitalized as a result of this emotional disconnection, which we now call “depersonalization.”

Despite having heard warnings about the danger of this, I never actually came across anyone who seemed to have suffered in this way. But in recent years (probably because on the internet you can find anything) I’ve heard several people say that this, or something very similar to it, has happened to them. The Brown University psychiatry researcher, Willoughby Britton, has started a project to document and study this and other troubling phenomena that may arise in meditation.

I don’t know if this depersonalization is exactly what’s happened with Josh. Most people who write to me about their meditation practice forget to mention what kind of meditation practice they’re actually doing, but probably he’s doing some form of mindfulness practice. He may not be doing “noting,” however.

But, mindfulness practice isn’t enough. The warnings I’ve referred to were in the context of emphasizing how important lovingkindness (metta), compassion, and other more emotion-based forms of meditation are. The Buddha himself taught a wide range or practices, and encouraged an all-round path of moral and emotional development.

The Triratna tradition in which I practice stresses the importance of balancing mindfulness practice with metta practice. I suggest to my students (as it was suggested to me) that practice consist of alternating metta meditation with mindfulness practice. One suggestion is to do these practices on alternate days, making sure that you don’t skip one of them because you find it more challenging. It may, however, be acceptable to focus on one practice more intensively if it’s genuinely needed. For example when you’re exceptionally distracted, you might focus more on mindfulness for a few days, or if you’re in a chronic bad mood or tend to be very critical you might want to do much more metta practice for a while—perhaps even for weeks or months.

There are other practices that are useful as well. Kalyana mitrata (spiritual friendship) is a valuable way to connect with others on an emotional as well as an intellectual level. Devotional practice can also awaken the heart. Physical exercise and the enjoyment of the arts are also ways that we can stay in touch with our emotions.

One thing to beware of is long periods of intensive practice that involve only mindfulness. Some people do fine with that, but if there’s a tendency to lose touch with the emotions, then it would be best not to be too “gung-ho” about practice, and to be gentle with oneself.

My advice to Josh would be to stop whatever practice he’s currently doing and to take up lovingkindness and compassion practice. I’d suggest focusing exclusively on those for at least six months. If possible he should connect with a sangha (a flesh and bones one rather than an online one) on a regular basis. A sangha that encourages discussion and friendship would be more valuable than one in which people merely sit together but don’t socialize or even communicate much. And the other things I’ve suggested—physical exercise and enjoyment of the arts—are something I’d also strongly encourage. Retreats focusing on lovingkindness and compassion might also be helpful.

Fortunately what Josh describes isn’t common. And I’m fairly sure that the approach I’ve described will be helpful. I’ve taught thousands of people to meditate and so far I’ve never heard of this kind of depersonalization happening to anyone I’ve known.