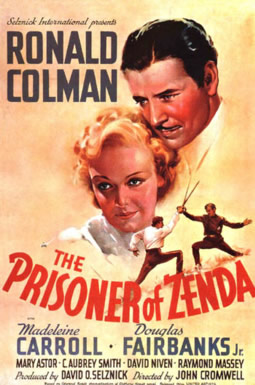 Over the years that Bodhipaksa has worked in prisons he’s observed that some of the inmates he works with are among the freest people he knows. So if freedom can be attained even in prison, what is freedom, and how can we find it?

Just about every week for the last six years I’ve met with inmates at the state prison for men in New Hampshire. I enjoy going there. In fact it’s the highlight of my week.

I’m used to the peculiarities of the place now. Sometimes the guards there can be unwelcoming, but mostly they’re now accepting. The room we meet in can be rescheduled at a moment’s notice, but you learn to roll with the punches. The succession of barred doors that lock you away from the outside world is something you get used to. The constant shaking of the floor in response to those same doors slamming shut every few seconds is something you just tune out. The place is drab, but I don’t go there for the décor anyway.

Some people are freaked out by the idea of spending time with convicted criminals, who in the case of “my guys” include murderers, rapists, and pedophiles. But one of the rules for prison volunteers is that we shouldn’t ask people what they’re inside for. Inevitably I do find out in many cases, but by that time I’ve usually gotten to know the man as a person, often a likable and intelligent one who shows every sign of being unhappy with his life and with a burning desire to become a better person. And that brings me onto what it is I most like about teaching at the prison.

I love, more than anything in the world, seeing people change, and seeing people working at trying to change themselves. For me, that’s the most inspiring thing I can imagine, witnessing people as they take responsibility for themselves, develop an “ethical sense of direction,” and strive to become more aware, more thoughtful, kinder, and more responsible beings. It’s a privilege to observe this happening.

These men have tough lives. Imagine being looked in one building for years on end — a building not much larger than a high school, and with about as many people in it. And many of those people they are forced to live with are poorly socialized, aggressive, and manipulative. And you’re stuck with them 24 hours a day. You have to share a room (designed for one person) with one of them. Or maybe you’re in a room (designed for four people) with another seven of them. And the people in charge have immense power and can make your life a misery. They can take away your property at any moment, search you at any time, treat you like a child or an imbecile. I found high school to be hell at times without all that other stuff, but at least I could go home in the evenings. I think prison would drive me mad.

And these guys have felt all that pressure of losing control, have realized that they’re living in a hell realm, and have come to seek an escape. So they learn to meditate and come to see that although conditions around you may be tough, you don’t have to react to them. They learn that there are inner choices you can make that change your relationship with the world and with yourself. They learn the dangers of letting the mind react: how anger and fear multiply their suffering. They learn that stepping back from and observing their experience creates a space in which calmness, compassion, and wisdom can arise. They find they can be happy and sane, even though the world around them is tormented and crazy.

It’s because the conditions they live in are so extreme that they find it so crucial to practice mindfulness and compassion. Perhaps this is why some Buddhist traditions say that there are more “Buddha seeds” (potential for enlightenment) in the Hell Realms than in any other place.

The interesting thing is that escaping from the worst aspects of prison is an internal process, and what it amounts to, as I’ve described it here, is escaping from your own mind’s habitual patterns of reaction. It’s having reactive, out-of-control minds that got all those men into prison in the first place. It’s the mind’s tendency to lash out, to become hooked on quick and easy pleasures, and to pursue gratification without regard to the welfare of others that resulted in imprisonment for all of these inmates. As the Buddha said, “Nothing can cause you as much harm as your own untamed mind.”

To that extent we’re all prisoners of our own habits, or our own untamed minds. We’re all prisoners of our habitual tendencies to pursue courses of action — in the outside world or in the mind — that cause us suffering. This enslavement to destructive habits is what Buddhism calls samsara. Samsara means “faring on,” and it’s not hard to see how we “fare on” driven by unhelpful or harmful habits. We all suffer from thoughts that we find hard or even impossible to tame. Sometimes it’s like being strapped to a wild horse.

We find ourselves compulsively feeling irritable and critical; or longing after things we can’t have, that will harm us, or simply won’t satisfy us; or worrying about things we can’t change, or even letting our anxiety paralyze us and stop us from engaging with the things we can change; or being led in circular thinking that confirms our poor opinion of ourselves. These patterns of thought are prisons that cause us daily and debilitating suffering, and that lead us to inflict suffering on others.

Sometimes when people hear of terms like samsara and nirvana (liberation from suffering) they think of them as being like different places. As if we’re going to escape from the difficulties of this world and go live somewhere nicer. But it’s not like that. Samsara is a way of relating to the world. Nirvana is a different — and healthier — way of relating to the world. So escaping from samsara doesn’t involve actually going anywhere — it means breaking out of habitual ways of seeing the world and of reacting to our experience with aversion and craving.

We’re all prisoners of samsara. And sometimes we just put up with it. We accept — or sometimes don’t fully notice — the background hum of suffering that grinds us down. And we accept — or again don’t fully notice — the suffering we’re causing others. Or we just don’t realize that there’s an alternative. Maybe the first thing we have to do before we can plan our escape is to realize that we’re in prison.

But there is an alternative to faring on. The alternative is to escape our unhelpful mental habits. We can learn to stand back from our emotional reactions. We can learn to create the mental space in which to find creative responses to the challenging situations we face in life. Rather than faring on in the old habitual ways, we can escape into the more spacious realms of mindfulness and compassion. We’ll probably still be in the same world of work and home life and leisure that we’re in at the moment (unless we chose to make changes in those things, which sometimes happens) but our attitudes will have changed. We’ll be freer from aversion and craving. Situations that would have sparked off anger or depression are now no big deal — opportunities for reflection, or humor, or connecting more deeply with another person.

We can escape from samsara at any moment. It might not last long — just a few moments or a few minutes — but long enough. Long enough to stop of doing, or saying, or thinking something that’s going to heap up the suffering even more. Some of the inmates I work with are among the freest people I know.

We can escape from samsara at any moment. And we don’t even need to go anywhere. We just have to stop reacting.

As well as teaching behind bars, Bodhipaksa also conducts classes at Aryaloka Buddhist Center in Newmarket, New Hampshire. He muses, rants, and shares random aspects of his life on his blog at bodhipaksa.com. You can follow Bodhipaksa’s Twitter feed at https://twitter.com/bodhipaksa or join him on Facebook.

I agree. :) Diamonds forms under extreme pressure! Wonderful to see people blossom and make the most of their circumstances…

Hi again Bodhipaksa
This is an inspiring article – love it. Reminds me of when I taught creative writing at an unemployment centre in Wakefield. Some of the people there had mental health and alcohol problems that made it very difficult for them to participate. They were in a hell realm and no mistake. But they kept coming. Writing became a lifeline for some of them and for others it was the only chance they had all week to talk meaningfully to other people. For me, it was tough and badly paid but it was also perhaps the first time I became conscious of working for reasons other than money.

p.s. I should add that I think there’s a connection between the practice of creative writing and the practice of meditation. Working from a cathartic, perhaps emotional first draft through to later, cooler, editing stages can give a sense of working with the chaos and the order of one’s own mind. Also a sense of something greater than the self. But perhaps I’m stretching the comparison too far! :)

There’s a fair amount been said about the creative writing / meditation connection. For example, there’s Natalie Goldberg’s books, “Wild Mind” and “Writing Down the Bones,” and the FWBO’s Ananda and Manjusvara run writing workshops under the name of “Wolf At the Door.” Manjusvara has also written a book called “Writing Your Way.”

That’s interesting. I’m familiar with Natalie Goldberg’s work but not Manjusvara’s. Will order his book. Thanks!

‘Freedom’, whatever it really is, seems to be so difficult to achieve, especially as it seems to be different things at different times. Reading your article, I was thinking that sometimes we can feel so affected by a negative, heavy atmosphere of a place, maybe somewhere you work, or unfortunately, even with family members, that it is such a challenge to keep your mind peaceful and very important – to act according to your true self, your true beliefs. But these ordinary situations seem so small compared to the reality in prison which you described. It must be so rewarding to be able to give people a chance to feel better, when they have so many thoughts ‘against’ them, from the society, themselves. We sometimes find it so hard to believe in real, deep changes. Your article shows it can be done.

I thought you might find this article in the NY Times Review of Books interesting, if you haven’t seen it already: