What Rikers Island taught me about meditation 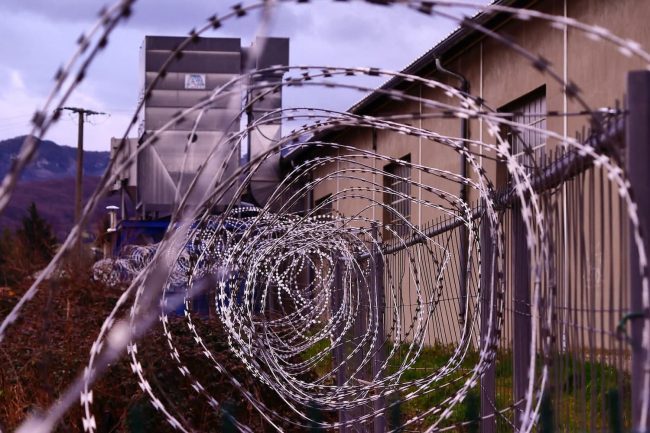 Prison can be a tough environment for those who work there as well as for inmates. Psychotherapist Steve Bell reflects on a few tough months spent in Rikers Island and realizes how much he learned.

I find myself on Rikers Island

For four months last year I worked with women detainees on Rikers Island in the Intense Treatment Unit, or ITU. Those four months were an adventure, but I won’t easily forget the trauma and abuse the women reported, and eventually the need to live a simpler life led me to give up working there.

The idea of the ITU was to try and apply the work of Marsha Linehan — who created Dialectical Behavioral Therapy (DBT) for people with borderline personality disorder (BPD) — to an incarcerated population. One of the core skill areas was mindfulness, and we began every skill group with a short meditation.

Some of the women were waiting for trial: there because they couldn’t pay the $500 bail before their trial for possession of drugs. A few were doing their sentences there or were detoxing before going upstate. If you’re sentenced to less than a year, you stay in Rikers instead of going upstate.

Most of the detainees on the intense treatment unit (ITU) did not initially buy into meditation and mindfulness. At times the women would mutter in frustration during meditation sessions as they tried to stay focuses in the face of the noises outside our group room. A few, more mentally disorganized, gave up, jiggled and sat there during the short meditation, not participating. Many initially thought meditation was weird but after a while took to it and could see the benefit.

Lovingkindness and mindfulness are one

I was there to teach mindfulness, but I learned a lot about mindfulness as well. The first thing I realized in teaching meditation was how important it is to bring metta, or loving-kindness, into the mindfulness of breathing practice. Usually I regard the practices as separate, and alternate them, but I came to see them as two sides of the same coin. When I made a suggestion like, “Kindly and gently bring yourself back to the breath,” I realized that lovingkindness had become integrated into my practice of the mindfulness of breathing meditation. One woman took this idea and used it to the maximum, seeing care and gentleness towards herself as an essential skill she’d never been taught. Kindness towards herself, at a very basic level, unlocked something within her. She came in to the program very upset, detoxing off drugs, and could not talk without crying. She left with more self-possession, more in control, more aware of herself, and with a new tool to fight her addictions.

Mindfulness isn’t “clearing thought” or “stopping distractions” but merely being aware what is going on, with whatever arises. If you’re patient and diligent, things settle and there will be more space, and you can become less distracted, more concentrated, and have more continuity of purpose; that is more long-term goal, the fruit of the practice.

The immediate goal in meditating is to just observe what arises as you try to follow the breath or connect with your metta. Afterwards you may feel more concentrated and mindful, but while meditating you might not. You might realize how distracted you are, and almost feel like meditation is making you more distracted. It’s not the meditation, though; that’s how you really are and you’re just not aware of it.

You may hope “distractions” go away when they are present, but that’s not always helpful. I worked to develop a curiosity about the contents of my mind, not being judgmental about what was going on in my experience. Seeing others’ frustration helped me to identify my own impatience and frustration.

Start where you are

When we watch our mind in meditation we can perhaps notice layers of judgment, impatience, and frustration about what is happening when we tune into ourselves. We can be mindful of that too. We have to know what is present before we look to change it. I heard someone say the essence of Pema Chödrön’s teaching is, “start where you really are,” and that expresses what I’m trying to describe. Only after we accept ourselves can we can begin to explore what tools we have for transforming ourselves, evaluate what works, and experiment with new ways of working with what is really going on. Learning that balance of acceptance and of exerting effort is a very important skill, not just in meditation.

If you see an express train coming, get out of the way

Another thing I had the privilege of learning while teaching female detainees is that it’s mettaful not to attempt the impossible in meditation. Sometimes I have thoughts that are like an express train; they have so much momentum that focusing on the breath isn’t even an option for a time. What’s the best thing you can do when an express train is coming through? Make sure you’re not standing on the tracks. Get out of the way. Let it go by. Don’t try to stop it. Watch it pass.

Meditation becomes less exhausting when I don’t try too hard, don’t try stop express trains, stop trying to do the impossible. There is a quality of metta in dropping the impossible project, accepting what you find, and opening up to new more subtle ways of working with your mind than unmindful and crude brute force.

You can even learn from your “distractions” – “Why am I having this daydream?” It’s important to not get too caught up in the investigation, but it’s also helpful to employ a sense of kindly curiosity.

Instead of doing something to get rid of difficult feelings, I observe them, honor and validate them, face and “metabolize” them. I met someone who thought doing that was masochistic, but I think distracting oneself, tuning out from your experience, can be masochistic because it’s more harmful in the long-term not to deal with difficult mental states.

The thing about accepting whatever arises is that often I’m not going to like what I find when I tune in. I might find a closet full of unwanted bric-a-brac: unwanted memories, racing thoughts, unpleasant emotions and memories, unresolved nagging questions I have avoided, etc. I stay with my experience, and watch how it evolves. Have you ever noticed that if you look at a cloud long enough it will subtly change shape?

I tune out for a reason. It’s a fundamental axiom of Dharma, and I think human nature, that we push away the unpleasant and pull towards us the pleasant. That includes the contents of our mind. There is a cost for denying our experience, a kind of violence towards ourselves.

In teaching meditation, I saw my own maneuvers to avoid my painful feeling reflected in what others were doing, and this helped me be aware of my own habitual tendencies. I worked to try and draw people out and put words to their experience, and listening to others’ accounts of meditation was fascinating and an opportunity to learn. I also saw the importance of articulating to others my experience.

Marsha Linehan points out that those who face their suffering mindfully learn from it. Being abused isn’t a predictor of how good a parent someone will be — it’s whether they have faced their traumas. Those who don’t look at the whole of their lives, even the unpleasant bits, do not learn from it. Meditation can be a way of facing our suffering and metabolizing it, making use of it. That’s the best thing you can do in a bad situation.

Suffering becomes a trigger for mindfulness

We can even make suffering into a trigger for mindfulness. Milarepa says a dog chases sticks that are thrown. The tiger turns and faces the stick thrower. I sometimes feel like that is what therapy and meditation have in common: Facing the stick thrower.

When people expressed what was really going on I saw the most spontaneous and genuine outpourings of support and empathy from others in the group — and these were tough women not prone to flights of spontaneous empathy. I found myself saying often, “I’d probably be dead if that happened to me,” when they recounted their traumas.

There’s something about talking simply and directly about the content of our minds that makes for a connection. It’s a model of communication, more accurate, less blaming, pure. Simply saying “I feel this way,” has the power of connection. When you say, “you did this,” someone can debate that. But our descriptions of our feelings isn’t really something to debate about.

And so by teaching meditation to these woman who were damaged and suffering, I saw more clearly how I try to avoid my experience, how I could work to start where I really am. I closed the distance between us, could see the circumstances that swept them into a more negative life, see myself not as so separate and not so different from them. By teaching others, I learned about myself; we learned together. I was proud to work to metabolize their suffering for a short time.

Steve Bell lives in New York City, and grew up mostly in Wisconsin. He has been a teacher and a psychotherapist. He has two grade school children, whom he has joint custody. He has been practicing within the Triratna Buddhist Community for more than ten years, and has a blog called Going For Refuge, about his spiritual journey.