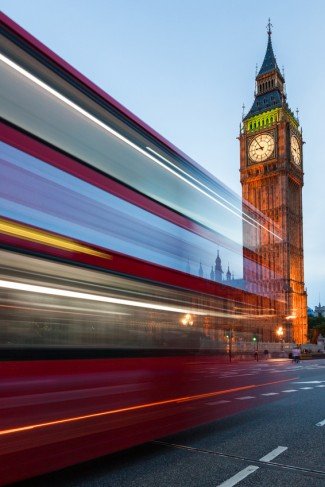 For several years, around the time I first learned to meditate, I lived in an apartment above Sauchiehall Street in Glasgow—one of the city’s main shopping streets. Sometimes it was acutely noisy, with newspaper hawkers advertising their wares, workmen digging up the roads, drunks singing as they staggered home from the pub, or couples having loud—and very public—fights. But even at the best of times there was a chronic, ongoing hum from the thousands of surrounding vehicles, and the quieter babble of pedestrians’ voices. This was something I had to get used to when I was meditating.

At first I would battle to shut out the noise, and try to force myself to focus inward on my breathing or on cultivating kindness (metta). Although sometimes I’d successfully tune out these distractions, this approach was generally very frustrating. Meditation became a competition between distracting sounds and the welcome relief of inner quiet. Eventually, though, I learned a better way to approach sounds, which was to see them not as distractions, but as part of the meditation practice.

At the beginning of my meditation practice I’d consciously pay attention to the world around me. I’d be aware of the space surrounding me, and I’d pay mindful attention to the sounds filling that space. Since my apartment was near the top of a hill that ran a good mile or so down to the river Clyde, there was plenty of scope for being aware of the physical space in my environment. And I found that the sounds I was hearing helped me to be even more aware of that space. The accelerating bus roaring its engine a few streets away, the squeal of a truck’s brakes, or the sound of a jet tearing through the sky as it passed overhead, would emphasize the scope of the world surrounding me.

Paying mindful attention to the sounds around me allowed me to accept them without resistance. No longer was there any sense of a battle. I didn’t need to choose between hearing noise and being mindful—I could do both at once.

One side effect of this was that being mindful of the space around me helped to radically calm the mind. Often it seemed that my inner chatter would almost entirely shut down. It seemed that my mind itself had become spacious, filling the world around me. It was as if my consciousness were reaching out to fill the streets and even the sky. This was very different from my normal state of mind, where my awareness would often be contracted around one particular sensation or thought, with no sense of spaciousness.

Although my inner self-talk became less frequent at times, it didn’t entirely stop. But when thoughts did arise, my relationship to them was different. With the sense that my mind was now expanded and spacious, thoughts now became more like objects I noticed as they passed by, and they were less like the fully immersive movie-like experiences I was used to.

It became possible, at times, to notice thoughts arising, passing, and vanishing. They became, in fact, like the sound of a passing vehicle, appearing, arising, and then fading away. I’d still have times when I’d become absorbed in a particularly compelling thought and be truly distracted, but being able to follow thoughts as if they were the sound of a passing car gave me a new way to relate to them.

I’d recommend that you try this in meditation, and even outside of meditation (why not right now?). Become aware of the sounds around you. Let your mind fill the space in front of you, to the sides, behind you, and above you. If you’re up high, then perhaps you can feel and hear the space below you as well. Let your effort be gentle. Perhaps you’ll find that you even have a sense of your mind resting in this spacious awareness. And within this space of your consciousness are internal sensations too: from the body and from the mind. Notice all of this.

Now, invite yourself to notice whatever the next thought is that arises. If you can stay in touch with the spacious breadth of your awareness, then you may well find that you can sense your thought not as a story you are immersed in, but as an object—like the sound of a passing airplane or car. Standing back from your thoughts in this way, you may find that you feel free of their emotional drama, and that you feel calmer and more joyful as a result.

Bodhipaksa
Bodhipaksa has been meditating since 1982 and teaching since around 1989. He is a Buddhist practitioner and teacher, a member of the Triratna Buddhist Order, and a published author. He launched the Wildmind website on November 11, 2000. Bodhipaksa has published many guided meditation CDs, guided meditation MP3s, and books. He teaches in various meditation centers around the world. He is supported by donations from members of the Wildmind community. If you're interested in becoming a supporter and in getting access to more of Bodhipaksa's teachings, please click here to learn more about his meditation initiative.
equanimity, mindfulness, noise, sound, thoughts in meditation