The art of ditching old friends, and of finding new ones 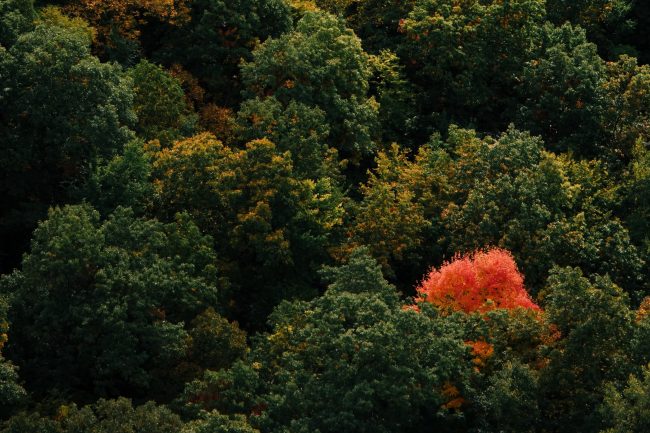 What do you do when you find you’ve changed — but your friends haven’t? Bodhipaksa recounts how he found himself growing apart from one set of friends, and closer to a new set who were more supportive of his spiritual quest.

I was at university when I started practicing Buddhism. I was surrounded by fellow students who were like me. We thought the height of happiness was to party, to drink, to trade insults, and to find someone to have sex with. I was at vet school, and most of us thought that meat-eating was natural and right, and that animals existed in order to be devoured. When I took up meditation I found myself changing. Over time I started to find myself more at home with the people who hung out at my local Buddhist center — people who were vegetarian, interested in philosophy and meaningful conversations, and people who valued tranquility as an opportunity to deepen self-awareness.

I started to find many (although not all) of the people that I used to hang out with at college to be rather negative and shallow. Their conversations often didn’t interest me. Since I hadn’t gone very deep in my practice, I was rather judgmental, and socially inept to boot. I experienced a lot of ill will towards people because they weren’t spiritual enough, which is rather richly ironic. This caused me a lot of pain, and probably didn’t make others happy either.

Thinking that we’re ‘spiritual’ while others aren’t is an ego trip.

But I was relatively lucky in that I made new friends in the Buddhist community, and had a gradual switch over from one set of friends to another. I experienced tensions between the two communities I was involved in, but at least I wasn’t isolated. A lot of people find themselves in a similar situation as they begin to practice. They start to find their work colleagues gossipy and trivial. They can find that family members resent the fact that they’re changing. How do we deal with this?

I think you have some valuable spiritual opportunities when we’re in this kind of situation. One opportunity is to practice patience with your old friends. It’s good to remember that at one time you did fit in with them, and at that time presumably you had much the same conversational style and interests as they still have. Thinking that we’re “spiritual” while others aren’t is an ego trip.

Another opportunity we have is to learn to be more skilled in communication. This can have a big effect on people. I had a friend in Scotland of whom I can honestly say that I never heard him criticizing anyone at any time. In fact if he heard me being critical then he would almost always present another point of view about the person or thing I was criticizing, which shifted the perspective and really brought me up short. And he did this in a very friendly way that gave me no cause for reactivity. He never pointed out, for example, that I was being critical — he just quietly came in with a more considered point of view. I’d suddenly realize that I had been unkind and one-sided in my speech.

We frequently overlook the positive, especially when we develop a habit of judging others.

And there’s an art as well in steering people into deeper levels of conversation. You can bring the topic back into focus when people are wandering off into other areas. You can ask questions to go deeper (basically being a good, active listener). You can challenge in a friendly way. If you’re challenging how the group as a whole communicates, then it’s far better to talk in terms of how “we” communicate rather than how “you” communicate. You can share something deeper from your own experience (although you have to be careful about this since it’s not helpful to offer up your soul to be trampled on). You have the opportunity to be, in short, a leader — the proverbial one-eyed man in the kingdom of the blind.

We can also practice “rejoicing in merits,” or “giving positive feedback”, as it’s more commonly known. We frequently overlook the positive, especially when we develop a habit of judging others. When we’ve decided that other people are “unspiritual” we can find ourselves focusing on what we consider to be their faults, and filtering out anything positive that they do. Our perceptions of others can be very selective. People are “stubborn” when they stick with a point of view we don’t agree with; they’re “committed” when they stick with a point of view we find favor with. People are “fickle” if they change their minds and disagree with us; they’re flexible when they change their minds and support our opinions. We need to learn to see the positive in others, and also to support its development. Tell someone she’s just done something that’s friendly, and she’s more likely to act in a friendly way in the future.

Tell someone she’s just done something that’s friendly, and she’s more likely to act in a friendly way in the future.

If, as sometimes happens, we find ourselves stuck with “old” friends but haven’t found a new community to practice with, we have an opportunity to seek out people who are more like-minded. We may have to take the initiative and to be more out-going, rather than hoping people will magically find us. If we make the first move, the magic may well happen. I had a lovely experience some years ago when I was speaking at a conference in Missoula. At lunch time someone sat beside me (because I looked friendly, he said). It turned out that he, like me, had recently moved to Missoula, he had lived in Scotland (my homeland), had an interest in the relationship between Buddhism and business (my master’s degree topic), and had like me run a retreat center. It was rather eerie, and of course we’ve been friends ever since. But I had to make the decision to go to the conference, and be open to meeting new people.

But there may be some of the people that you currently hang out with that you don’t want to maintain contacts with. That would be a very sensible thing to do. The Buddha was forever warning people to hang out with friends who would actually support and encourage what is best in you rather than undermine it. If people have a very negative effect on you, despite your best efforts, those are relationships you may want to put behind you. At the same time there’s no point in isolating yourself. You need to find a balance.

Bodhipaksa
Bodhipaksa has been meditating since 1982 and teaching since around 1989. He is a Buddhist practitioner and teacher, a member of the Triratna Buddhist Order, and a published author. He launched the Wildmind website on November 11, 2000. Bodhipaksa has published many guided meditation CDs, guided meditation MP3s, and books. He teaches in various meditation centers around the world. He is supported by donations from members of the Wildmind community. If you're interested in becoming a supporter and in getting access to more of Bodhipaksa's teachings, please click here to learn more about his meditation initiative.
community, friendship, individuality, kalyana mitrata, spiritual friendship