The art of friendship 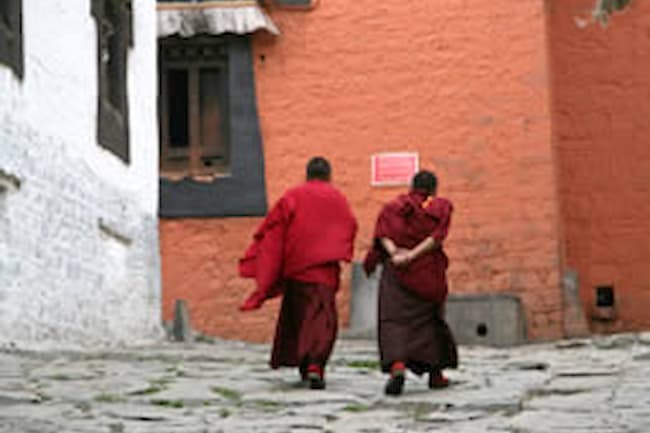 Spiritual friendship comes highly praised in Buddhist practice. But why are spiritual friends considered to be so crucial? What are the qualities of a spiritual friend? And do we have to leave our existing friends behind? Guest blogger Justin Whitaker investigates.

“But due to the fragility and perishability of human things, we should always be on the search for someone to love and by whom to be loved; indeed if affection and kindliness are lost from our life, we lose all that gives it charm…”

The first thing to note in finding and cultivating admirable friendships is that we don’t have to dump our old set of friends and replace them with so-called “spiritual” people. Our current friendships, even with people who have no affiliation with Buddhism, can serve as fertile ground for admirable friendship. In the very short Mitta Sutta, or discourse on friends, the Buddha tells his monks to seek out friends with seven qualities: “He gives what is hard to give. He does what is hard to do. He endures what is hard to endure. He reveals his secrets to you. He keeps your secrets. When misfortunes strike, he doesn’t abandon you. When you’re down & out, he doesn’t look down on you. A friend endowed with these seven qualities is worth associating with.” Notice there is no mention of being well-versed in the dharma, mastery of meditation, or possessing great wisdom. Friendship, the Buddha knew, is far more foundational, far more simple.

I once sat before a great teacher and asked him, “why then do we feel extraordinary synchronicity around certain people [supposedly our spiritual friends] and then not with others?” “Delusion!” he exclaimed. Once we get the idea that so-and-so is a spiritual person and so-and-so is not, we are on the wrong path. Seek out the simpler qualities in others such as their service, kindness, discretion, fortitude, and generosity. In some esoteric Buddhist texts it is said that the Buddha may appear to us as a stone, as a dog, as a beggar, and so on, so that we should always be alert to the teachings that may come from such “ordinary” beings and objects. Similarly, admirable friendships may arise from a wide variety of situations. Meditating on DÃ…Âgen’s verses on the mountains and rivers of Eastern China, one can feel the sense of genuine friendship that this great master developed with the land.

Finding these qualities in the world brings us naturally to practice, to a sense of presence and awareness. Similarly, in good friendships these qualities are at the forefront. For example, if you were to get a raise in your job, a good friend would share in your joy, while an ordinary friend might reactively leap to comparisons and judgments: “Why didn’t I ever get a raise? Maybe the company is going to fail,” etc. That admirable friend might also kindly impart the teachings of impermanence, “don’t get attached to that job or promotion” and non-self, “a lot of people helped you along they way, haven’t they?” But the tenor is such that you are brought to a deepened sense of calm, connection, and joy, free of clinging, free of worry.

Pema Chödrön puts it well when she writes, “The support that we give each other as practitioners is not the usual kind of samsaric support in which we all join the same team and complain about someone else. It’s more that you’re on your own, completely alone, but it’s helpful to know that there are forty other people who are also going through this all by themselves. That’s very supportive and encouraging. Fundamentally, even though other people can give you support, you do it yourself, and that’s how you grow up in this process, rather than becoming more dependent.”

Through this it appears that Buddhist views of friendship comprise a form of Virtue Ethics. The central theme is one’s personal development, the cultivation of skillful qualities and the abandoning of unskillful ones. But it is not forgotten that each of us is deeply interconnected and this is no more apparent than in our friendships. If our friendships are not in alignment with our practice, that practice will be ever more difficult to sustain. Quite often I have seen others and myself forgetting this, diving head-first into meditation and philosophical studies, only to see our practice crumble in the midst of unhealthy relationships.

So let friendship be a central part of your practice. Meditate on the relationships in your life to see how they bring you toward or away from awareness, toward or away from skillful and unskillful mental states and activities. As you become more aware of the friendships in your life that are indeed admirable, these relationships will naturally grow and deepen, while ordinary friendships will either fall away — the Buddha is also quite clear that solitude is far preferable to being in the company of those disinterested in cultivating positive qualities — or these friendships will begin to change for the better. The process is what western philosophers would call a dialectic, from the meditation cushion to the world, and from the world to the meditation cushion, a process of interrelationship and building toward awakening.

Justin Whitakerhttps://www.patheos.com/blogs/americanbuddhist/
Justin Whitaker holds a Masters degree in Buddhist Studies from Bristol University, England and is currently a Ph.D. student in Buddhist Ethics at the University of London. He has practiced in several Buddhist traditions including the Western Buddhist Order in Missoula, Montana and Bristol, England. He currently lives in Bristol, where he is writing up his thesis, meditates from time to time, runs, and drinks good coffee. His personal blog is American Buddhist @ Patheos.
friendship, kalyana mitrata, Pema Chodron