The Centrality of Impermanence 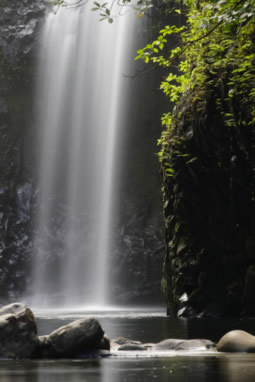 In Buddhism, impermanence is one of the three “marks” of existence, along with dukkha and anattā, or unsatisfactoriness and no-self. Together, these three marks form the core of a Buddhist conception of reality. Understanding this reality is often described as tantamount to awakening.

Indeed, in Vipassanā meditation we are taught to note, or to simply direct the mind to “see” these three marks in all of our experience. To fully see these marks in a way that is unshakable, in a way that you simply cannot forget, such that your every experience of the world resonates: “anicca, anattā, dukkha” is to be awakened. This is no easy task of course, requiring perhaps lifetimes of effort. But this insight alone is enough to cut the roots of ignorance that tie us to cycle after cycle of repeated suffering.

As if to emphasize the centrality of insight into the three marks, the Buddhist Jātakas (birth-stories) describe numerous beings who gained awakening through the realization of these three marks without hearing any teachings from a sammā-sambuddha, or fully and perfectly awakened one. These beings became known as pacceka-buddhas, or solitary awakened ones, because they neither followed another Buddha’s teachings nor taught others what they had discovered. So even from the early Buddhist texts we are taught that one can become awakened without following any “Buddhist” path per se, by simply gaining insight into the three marks of existence.

With insight into impermanence the very foundations of our suffering crumble

So why is impermanence in particular so important? Because, as Ñanamoli Bhikkhu points out in his Buddhist Dictionary, ”It is from this all-embracing fact of impermanence that the other two universal characteristics, suffering dukkha and no-self anattā, are derived.” This may be helpful because so much is said and written by contemporary Buddhists about dukkha and anattā in isolation from the more fundamental fact of anicca. And many discussions on these topics, including my own at times, quickly spin off into abstraction, technical details, and heady philosophy.

And yet in the actual practice of meditation the “mark” that is most easily experienced is that of impermanence. With a stilled mind everything is experienced rising and falling. All is impermanent, from the pain in one’s knee: dancing, throbbing, pulsing, fading – to thoughts and ideas: arising as if from the clear sky and fading again into it without a trace, leaving behind pure clarity (or just more thoughts!). Watching this flow, the apparent “solidity” underlying our typical samsāric experience begins to crumble. If you’re anything like me, that solidity comes back a few minutes after most meditations, but experience of anicca is now undeniable.

With insight into impermanence the very foundations of our suffering and sense of a permanent, unchanging self crumble. Obviously, if all is flow and change, then this goes for our “self” too. Our suffering is a result of thirsting after and clinging to bits of the world that we wrongly believe will give us lasting happiness. Realizing anicca, our grip on all of this is loosened. This was described to me once by the young daughter of one of my friends in grad school. “We learn to hold that which we love not like this,” she said, holding out a closed fist in front of her, “but like this,” and she turned her hand over, slowly extending her fingers.

To work at stilling the mind to directly perceive anicca is to traverse a path to openness, acceptance, and a welcoming attitude toward life.

This work may be done in many ways. Calming meditation, such as mindfulness of breathing certainly forms the most widely taught foundation. Further techniques are numerous and are best pursued with the assistance of a teacher. The best known route in the West is the “path of wisdom,” which directs the student’s stilled mind directly at anicca. However, this path is not for everyone. Buddhaghosa, in his Visuddhimagga, describes how the “path of faith” works in Buddhism, drawing the practitioner by the heart, not so much the head, into direct confrontation with the changing nature of all experience. Peter Harvey discusses the rise of the early “Cult of Relics” in stating that, “Buddha-relics can be seen to remind devotees both of the impermanence of the Buddha and his entry to the deathless (nirvāṇa); they are a presence that reminds them of the absent Buddha…”

Thus we see that it might not be such an exaggeration to call insight into anicca the central goal of Buddhist practice, whether it is through the path of wisdom or the path of faith. We can trace the route back from suffering, through clinging and our mistaken notions of a permanent, unchanging self and lasting happiness in things of this world, to this one fundamental aspect of experience as it truly is. When we truly “get” impermanence, the cycle of ignorance and what follows begins to unravel. We might say that this insight dissolves the very linchpin of samsāra.

Justin Whitakerhttps://www.patheos.com/blogs/americanbuddhist/
Justin Whitaker holds a Masters degree in Buddhist Studies from Bristol University, England and is currently a Ph.D. student in Buddhist Ethics at the University of London. He has practiced in several Buddhist traditions including the Western Buddhist Order in Missoula, Montana and Bristol, England. He currently lives in Bristol, where he is writing up his thesis, meditates from time to time, runs, and drinks good coffee. His personal blog is American Buddhist @ Patheos.
anicca (impermanence), insight, vipassana, Visuddhimagga