The Mind, the Brain and God – Part II 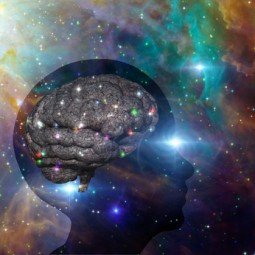 In Part I we discussed the meaning of the words mind, brain and God and saw how the mind and the brain are interdependent.

In this segment we’ll go into the popular arguments for and against God and further into the link between the mind and the brain.

Lately, numerous authors have tried to rebut beliefs in God (e.g., The God Delusion, by Richard Dawkins), while others have tried to rebut the rebuttals (e.g., Answering the New Atheism: Dismantling Dawkins’ Case against God). The intensity of these debates is often startling; people commonly talk past each other, arguing at different levels; and the “evidence” marshaled for one view or another is often hollow. (A delightful exception is the dialogue between Andrew Sullivan and Sam Harris.)

For example, it’s an error to conflate religion and God. Whether religions are wonderful or horrible or both is not evidence for or against the existence of God. Critiques of religion (e.g., the Crusades, fundamentalism) are not disproofs of God. It’s also an error to think that biological evolution is evidence for the nonexistence of God. Just because a creation story developed thousands of years ago turns out to be inaccurate does not mean that God does not exist. Evolution does not need to be attacked in order to have faith in God.

Then there are so-called proofs of the existence of God within the material universe (e.g., burning bushes, miracles, visions, psychic phenomena). But that “evidence” must be experienced via the brain and mind. Therefore, in principle, that experience could simply be produced by the mind/brain alone, without divine intervention. (You could assert that God is known by some transcendental faculty outside of materiality, but then you’d still have to explain how the knowing achieved by that transcendental faculty is communicated to the material brain, so you are back to the original problem, that the ordinary brain could be making up information purportedly derived from a transcendental source.) So you can’t prove the existence of the transcendental through material evidence.

On the other hand, since any God by definition extends beyond the frame of materiality, nothing in the material universe can disprove its existence. You could endlessly rebut apparent evidence for the existence of God, but those rebuttals can not in themselves demonstrate that God is a fiction. At most, they can only eliminate a piece of apparent evidence, but in terms of ultimate conclusions, so what? As scientists say, the absence of evidence is not evidence of absence. Further, a God outside the frame of materiality (particularly a playful one) could amuse herself by fostering rebuttals of seeming evidence for her existence in order to bug some people and test the faith of others: who knows? Most anything could be possible for a transcendental being, ground, something-or-other.

Bottom-line: You can’t prove or disprove the existence of God. So the fundamentally scientific attitude is to acknowledge the possibility of God, and then move on to working within the frame of science, which is plenty fertile as is, without resorting to God.

Let’s explore an illustration of how these issues often play out in the media.

Is the Mind “Just” the Brain?

Recently a friend sent me an article on the National Public Radio (NPR) website, titled “Study Narrows Gap between Mind and Brain,” about some new research. The investigators had found that suppressing neural activity in a part of the brain (on the right side, near where the temporal and parietal lobes come together) changed the way that subjects made moral judgments: they became less able to take the intentions of others into account.

The study itself is interesting, and takes its place in a growing body of research on the neuropsychology of moral reasoning and behavior. But the article about it on the NPR site contains comments from a scholar from a leading university that are worth examining. He is initially quoted as saying: “Moral judgment is just a brain process.” Hmm. What does the “just” mean? He could have said something like, “Moral judgment involves processes in the brain,” but instead he seemed to assert that the psychological subtleties of ethics, altruism, hypocrisy, and integrity, are just epiphenomena of the brain. Whether this is exactly what he meant or not, let’s consider this idea in its own right: that our thoughts and feelings, longings and fears, and subtle moral or spiritual intimations are “just” the movements of the meat, to put it bluntly,between the ears. This is a common notion these days, but there are numerous problems with it.

First, neural processes certainly do underlie mental processes. For example, as the study showed, normal right temporal-parietal function underlies reflections about the intentions of others in moral reasoning. But those neural activities are in the service of mental ones. That’s their point. We evolved neural structures and processes in order to further psychological adaptations that conferred reproductive advantages, which is the engine of biological evolution. Mind is not an epiphenomenon of brain: mind is the function of the brain, its reason for existence.

Second, mental processes pattern neural structure. Morality-related information – in other words, mental activity – has shaped the brain of each person since early childhood. As Dan Siegel puts it, the mind uses the brain to make the mind. In a basic sense, it would be just as accurate to say that “the brain is just the mind writ in neural tissues.”

Third, the neural substrates of conscious mental activity are continually changing in their physical details (e.g., neurons involved in a substrate, connections among them, and neurochemical flows). This means that the thought “2 + 2 = 4” on Monday maps to a different neural substrate than it does on Tuesday; in fact, that math fact would have a different substrate if you re-thought it only a few seconds later on Monday! Similarly, reflections on the Golden Rule on Monday will have a different neural substrate than on Tuesday. Consequently, it is the meaning of the thought that is fundamental, not its neural substrate. Taking this a step further, the ideas that two and two are four, or that we should treat others as we would like them to treat us, can be represented in many sorts of physical substrates, including marks on a page, patterns of sound waves, and magnetic charges on a computer hard drive. Here, too, it is the information, the meaning, that is the key matter, and the physical substrate, whether brain or something else, recedes in significance.

Fourth, and most fundamentally, the mind and the brain co-dependently arise. It’s kind of
silly to make one causally senior to the other. Psychology shapes neurology shapes psychology shapes neurology, and so on. These two are distinct – immaterial information is not material neural tissues – but they are also interdependent and cannot be understood apart from each other. There is indeed a dualism between mind and matter, but they also form one coherent system. When people try to de-link mind and brain, and then argue that one rather than the other is primary – The mind is really just the brain at work! or The brain is really just the mind at work! – there is usually some sort of agenda going on: typically either an attempt to argue a strongly materialist, even atheist view, or to argue a fundamentalist spiritual view. But arguments about the primacy of either mind or brain are just not productive: all they produce is smoke and heat, but no light.

In the last part of this series we’ll discuss neural correlates and morality and summarize this discussion.

As I explained in a comment to this author’s earlier post, he thinks he has dissolved the mind-body problem but has not, as he cannot explain why we experience certain conscious experiences (and why others should or should not experience those particular experiences). Nobody can currently explain this, so noone is close to explaining consciousness in material terms. There’s clearly correlations and a causal link, but no full understanding.

I take an idealist view, that consciousness is primary and matter – the external world – comes after. This is the Yogachara, mind-only, Buddhist view. The Dharmakaya is before everything, but limited being in samsara experience an apparently real world. In this apparently real world external things affect us when they affect our bodies but they are not all we are. Through meditation we can rise above our bodies and reach the Dharmakaya.