The science of lovingkindness 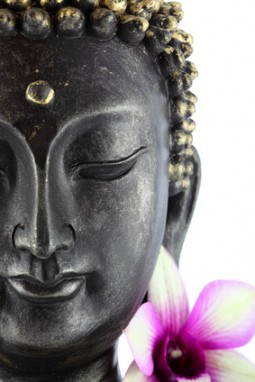 Right at the very beginning of my meditation practice I was introduced to both mindfulness of breathing and the development of lovingkindness meditation. It was explained to me that both of these practices were equally important, that they were complementary, and that alternating these practices prevented imbalance in our approach. It was stressed, in fact, that sometimes lovingkindness practice is more important than mindfulness practice — especially for people who have a tendency toward being angry or over-critical.

I’ve never had cause to doubt any of that advice.

There are many meditators, however, who only practice mindfulness meditation, and often lovingkindness practice is seen as second-best. Generally in western Buddhist practice, there is a heavy emphasis on particular forms of mindfulness meditation. And no doubt because of this arguably narrow emphasis, that’s the form of Buddhist meditation that’s been most commonly studied in the burgeoning research on the effects of meditative practice.

But beside mindfulness there are traditionally many forms of meditation practice, with one common list — the kammaṭṭhānas (literally “places of work”) including no less than forty forms of meditation. And in the Buddhist scriptures generally, there is a heavy emphasis on lovingkindness (mettā) meditation, especially as part of the four brahmavihāras, or sublime abodes.

Lovingkindness, fortunately, is becoming better known, and researchers are now studying the effects of practicing that form of meditation, showing that they positively affect health and well-being.

Here are a few highlights:

In some of these studies, the benefits were revealed after only twelve hours of meditation. Hopefully future studies will reveal yet more about the power of lovingkindness and compassion meditation.

If you’re interested in exploring lovingkindness practice in more depth, we have an extensive, free, self-paced guide, which includes audio guided meditations.