This one small shift can help you be more at peace 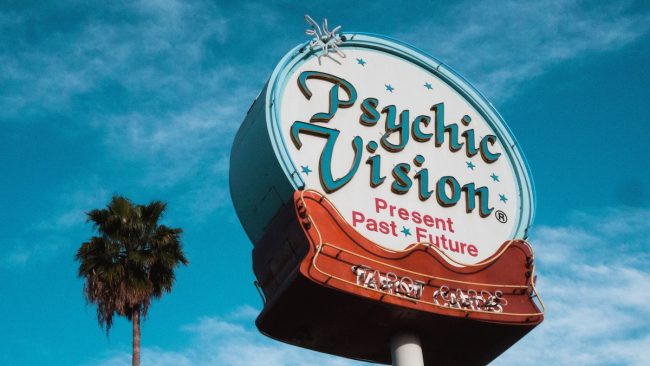 Often when we see change we act like it’s a big surprise that the universe has been hiding from us. “Who’s that old person looking at me from the mirror?” we ask. We see new gray hairs or wrinkles and treat this like it’s a personal failing. It’s as if we think we could have stopped this natural process of change if only we’d tried harder.

Sometimes we don’t even see change. Psychologists have been studying the phenomenon of “change blindness” for many years. In one of my favorite experiments, people who volunteered for a psychological study were asked to report to a certain office. As they checked in at the reception area, the receptionist said he needed to give them an information packet. He’d then duck down behind the counter, stand up, and hand it to them.

What the overwhelming majority of participants failed to notice was that the person who stood up was not the same person they had been talking to just a moment before. An accomplice had been hiding behind the counter, and immediately after the first receptionist had ducked down, a second person would stand up. The two people had different heights, different facial features, and were dressed differently. Yet very few study participants noticed the these changes. Our minds simply aren’t good at noticing change, even when that change is, you would think, obvious.

We also tend to see others as fixed and unchanging, and yet appreciating their impermanence can help us be more patient with and forgiving toward them. The following exercise might help you to experience this directly.

Think about someone you tend to get into conflict with. This may even be someone you’re intimate with. Perhaps they have some habit that irritates you or hurts your feelings. (Right now I’m thinking of a colleague who sometimes sighs and rolls her eyes when I express my opinions, as if she thinks I’m naive, unintelligent, or tiresome in some way. I don’t enjoy being treated in this way, and just remembering these things is painful.) Visualize the person who upsets you, and whatever it is they do that upsets you. Notice what feelings arise in the body, and observe them as mindfully as you can.

Now, imagine that on one side of this person you see them as a baby, maybe just under a year old. The baby is able to sit up but not to walk or even to talk, beyond cute babbling. And on the other side you see them as an extremely old person, perhaps in their late 90s. They’re frail, and barely clinging to life. Now you have three images of this person you get annoyed by. You see them as a baby, as they are now, and in extreme old age. And with that image in mind, call to mind once again that annoying thing they do that bothers you. Now see how you feel.

Most often as people who do this exercise experience either greater compassion for the other person, or a sense of sadness. They find that that annoying habit just isn’t that annoying, once they see it in the context of an entire human life. These responses of sadness or compassion arise because we’re appreciating the fleeting nature of human life.

This awareness of impermanence can help us let go of resentment and other forms of reactivity. We see that in the context of our short time together on this planet it’s simply not important.

Applying this in my life…

I’ve found this approach useful in my daily life with my children. Sometimes, like all children, they are difficult to deal with. When they were young they went through tantrums, and now, as they’re approaching their teens, their behavior is sometimes challenging in different ways. In the midst of a difficult interaction with them I try to see them not just as they are now, but as they were when they were adorable babies, and as I imagine they will be as mature, confident, and well-rounded adults.

When I see them in this way I see that their current selves and current behaviors are nothing more than a passing phase. My role as their father then becomes being compassionately present with them as they move toward adulthood. The more I  bear this in mind, the more relaxed and kind I am with my children.

You might want to try this way of seeing people you have difficulty with. Try playing with this at times you’re not actively in conflict with them. This practice makes it more likely you’ll relate to them compassionately when difficulties do happen to flare up.

This simple shift in perception brings us calm, peace, and compassion.

Bodhipaksa
Bodhipaksa has been meditating since 1982 and teaching since around 1989. He is a Buddhist practitioner and teacher, a member of the Triratna Buddhist Order, and a published author. He launched the Wildmind website on November 11, 2000. Bodhipaksa has published many guided meditation CDs, guided meditation MP3s, and books. He teaches in various meditation centers around the world. He is supported by donations from members of the Wildmind community. If you're interested in becoming a supporter and in getting access to more of Bodhipaksa's teachings, please click here to learn more about his meditation initiative.
anicca (impermanence), change, meditation and compassion