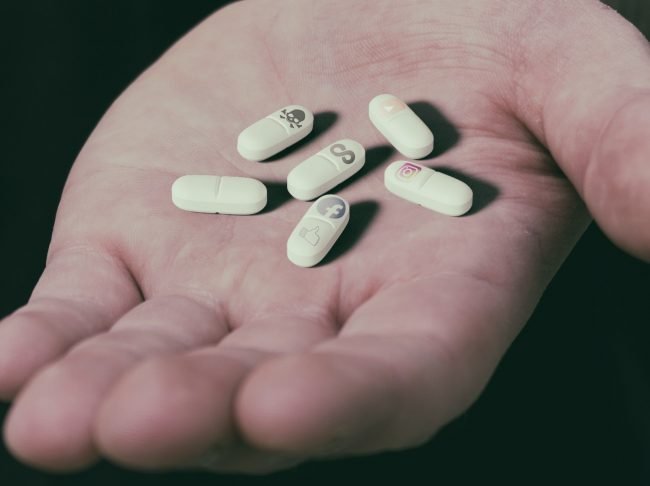 In late 2019 I recorded a series of talks for “Tricycle” magazine. These discussed how tools from the Buddhist tradition can help us to overcome social media addiction and internet addiction. The talks didn’t appear online until January of the following year but in the meantime I thought I’d turn my notes into a series of articles. There are six in total — this introduction plus one article for each of the five tools.


I’ve expanded a little on what I said in those talks. Because of course as soon as you give a talk you realize all the things you could have said but didn’t!

My name is Bodhipaksa, and I am an addict

I put my hand up as being a social media addict. Because of the way I teach, I spend a lot of time online. And because of that I’ve had to deal with getting sucked into social media. Like most people I carry a so-called “phone” around with me, although it’s a device that I hardly ever use for making phone calls on. Instead it’s a kind of glass portal that leads to a world of endless distraction.

So, spending a lot of time online, and carrying around a device that allowed me to do that any time I wanted, I’d often find myself spending way too much time on the internet. My work would suffer, and sometimes I’d stay up too late, reading fascinating articles, usually about science and psychology. What I was reading was good, but I just couldn’t stop, and I’d end up depriving myself of sleep.

Sometimes there were “bonus” problems—for example when I’d get involved in online disputes. Those would not only give rise to anger, but would sometimes leave me feeling quite anxious, so that my heart would pound when I was logging in to my social media accounts. Or I’d find that I would crave attention. I found myself logging in, anxious about whether my posts had been “liked” or shared. All of these are, of course, forms of suffering.

I don’t much like suffering, so the question naturally arose for me, “How can my Buddhist practice help me with addiction to online activities?”

I’m going to share some of the tools I’ve found useful, in case you have similar patterns of getting hooked online.

At the time I wrote these six articles, I had mostly got the better of my addictions, although I struggled sometimes with spending too much time on Twitter, which had a bad effect on my mental states. I’m happy to say that as I continued to practice the techniques you’ll learn about here, I managed to disengage from Twitter as well.

What Is Social Media Addiction?

First, though, what do I mean by social media addiction? I don’t mean simply enjoying using social media. I mean addiction in the sense of the compulsive use of social media despite it having harmful consequences for ourselves and others. Compulsion means that we feel out of control: have great difficulty stopping ourselves. Compulsion means that the thought of quitting may lead to powerfully unpleasant feelings. Usually compulsion leads to shame, and we become dishonest about just how addicted we are.

About the Social Media Sutra

The Buddha of course didn’t say anything about the internet or social media. But he did have a lot to say about dealing with and overcoming compelling patterns of thought and behavior. There’s one discourse, or sutta, in particular that I think gives a good overview of the richness of the tools that he offered us. It’s the Vitakkasanthana Sutta, which I would translate as the “Discourse on Quieting Thinking.”

“Thinking” here doesn’t mean just the inner sound of us talking to ourselves, or even imagined imagery. Thinking includes the urges that are entangled with those thoughts. In fact, sometimes you’ll act on an urge without having any verbal thought at all. You just find yourself picking up your phone and opening a social media app. There isn’t necessarily any inner talk accompanying those actions. But the urge that makes you pick up your phone is, in Buddhist terms, a “thought.”

So, fundamentally, this discourse is about letting go of unhelpful urges, or unhelpful habits.

Most people understand the Vitakkasanthana to be talking about quieting unhelpful urges in the context of meditation, but the discourse itself doesn’t mention meditation, and the principles it outlines can be used in any context in our lives, including when we’re on social media. In a way you could think of the Vitakkasanthana Sutta as the Social Media Sutra.

The discourse offers five tools. The sutta itself suggests that you start with the first one. If that doesn’t work you give the next one a try, and so on.

To give you an overview of the five tools:

For each tool there’s an illustration. Some of those are engaging and instructive, although some others aren’t so immediately helpful.

The five approaches above provide us with an impressive collection of tools for overcoming addictive behaviors, as well as the anger, anxiety, and so on that accompany them. I’ll be going through each in turn, telling you what the Buddha said (including the illustrations he gave), and making the tools practical.

That’s it for today. I hope you’ll enjoy this series of blog posts.

Click here to read about the first tool, Pivoting Toward the Skillful.

Notice any addictive patterns of behavior around your social media use. What suffering does it lead to? In what ways does your compulsion manifest?  Is giving up social media something you can experiment with, even for a day or two? If you can’t do that, notice what’s preventing you. What is your experience like if you do give up social media for a short period? Do you experience joy? Relief? Craving? Anxiety?

Bodhipaksa
Bodhipaksa has been meditating since 1982 and teaching since around 1989. He is a Buddhist practitioner and teacher, a member of the Triratna Buddhist Order, and a published author. He launched the Wildmind website on November 11, 2000. Bodhipaksa has published many guided meditation CDs, guided meditation MP3s, and books. He teaches in various meditation centers around the world. He is supported by donations from members of the Wildmind community. If you're interested in becoming a supporter and in getting access to more of Bodhipaksa's teachings, please click here to learn more about his meditation initiative.
internet addiction, mindfulness and addiction, social media, social media sutra, The Buddha, thinking in meditation, thinking obsessively