The top ten myths about meditation 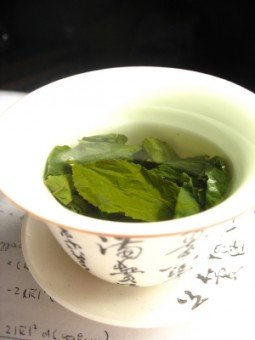 Even though meditation is now widely used in sports, medicine, psychiatry, and of course as part of the spiritual practice of millions of people around the world, there are still many misconceptions in circulation about what meditation actually is.

To say that some people’s conception of meditation is “Think of warm puppies, and let your mind go limp” is an exaggeration, but not much of one. Perhaps because meditation has found a home in stress management classes around the world, many people think that “letting your tensions dissolve away” is the be-all and end-all of a meditation practice. But while it’s important to let go of unnecessary effort while meditating, meditation is still a practice — that is, it involves effort. Sure, we start by letting go of tensions in the body, but that’s only the start.

Hypnosis, when used in therapy, involves a patient being guided into having experiences that he or she would have difficulty in attaining unaided — experiences as varied as being content without a cigarette in hand and remembering forgotten events from childhood. Self-hypnosis does the same thing, but the practitioner uses a remembered script or visualization to, say, increase relaxation or to experience greater confidence. There’s actually some overlap between hypnosis and meditation (although some meditation teachers, being suspicious of hypnosis, would deny this). In both disciplines we start with inducing a state of relaxation and then proceed to doing some kind of inner work. In hypnosis and in some forms of meditation that inner work involves visualization or the use of repeated phrases. But many forms of meditation (for example, Zen “just sitting” or Theravadin mindfulness meditation) make no use of such tools. The overlap between hypnosis and meditation is only partial.

Myth #8. There are technological shortcuts

“I want to relax, and I want to do it now!” is the approach taken by many goal-oriented Westerners. And that makes them suckers for promises of quick-fix technological approaches to meditating. The web is full of products that promise you that you’ll meditate like a Zen monk at the touch of a button. Just stick your headphones on and hit play, and let the magical audio technology do the rest! But like myth #10, this overlooks the fact that meditation involves effort. Sure, if you stop running around being stressed for half an hour and listen to some blandly pleasant music you’ll find you’re more relaxed. Why wouldn’t you be? But it’s a mistake to confuse this with real meditation. The “Zen monk” in these ads would surely be puzzled to think that someone listening to a CD for a few minutes had attained the depths of mindfulness and compassion that come from thousands of hours of sitting on a cushion watching your breath.

Myth #7. Transcendental Meditation is the most common kind of meditation

“Oh, so is it Transcendental meditation you do?” I’ve lost count of the number of times I’ve been asked that question when people have found out I’m a meditation teacher. Just about everyone has heard of Transcendental Meditation because of famous practitioners like the Beatles and because of controversies about TM being taught in U.S. schools, but TM is very much a minority pursuit — probably because it’s so darned expensive to learn (and the question of where those millions of dollars go is still open). The most common form of meditation in the West is Mindfulness or Insight meditation, which comes from Theradavin Buddhism of South and Southeast Asia. Zen meditation and Tibetan meditation (which often involves visualization) isn’t far behind.

Myth #6. You have to sit in lotus position

In the Asian countries where Buddhist meditation developed people generally sit on the floor and have flexible hips. It’s natural for them to sit cross-legged, and so they sit in a variety of cross-legged postures in order to meditate, the lotus position being one of the most common and stable postures. In the West we sit in chairs from an early age and have stiffer hips. It’s therefore a rare Westerner who can sit in the lotus position to meditate — at least with any degree of comfort. In actual fact it’s possible to sit comfortably to meditate on a chair, a meditation stool, kneeling, or even lying down (although you’ll have trouble staying awake). The most important thing is that you find a posture that’s comfortable for you — and that you don’t beat yourself up about not being able to twist your legs like a pretzel.

Myth #5. In meditation you sit there saying “OM”

Myth #4. Meditation is a religious activity

A lot of people (usually Christians) have told me that they think Buddhist practice is “foreign” because it comes from an Eastern context. Hmm, where does Christianity come from again? Oh yes, the Middle East. But as with Myth #4 (“Meditation is a religious activity”) there’s nothing inherently Eastern, Southern, or Northern about counting your breath or wishing people well. Some Tibetan practices do involve visualizing rather bizarre (to Western eyes) figures, and mantra meditation usually involves repeating Sanskrit words or phrases — but those constitute a minority of meditation practices. Oh, all right, it’s a large minority — but what’s wrong with a little exoticism?

To some people, meditation is “running away from problems,” “navel gazing,” “lotus eating,” or “disregarding the world.” Actually, running around being busy and never having time to experience yourself deeply is escapism. When you meditate you’re brought face-to-face in a very direct way with your own anger, delusion, craving, pain, and selfishness. There’s nothing to do in meditation but to experience and work with these things. Also, some forms of meditation — such as lovingkindness and compassion meditation — involve us working at transforming our relationship with the world by cultivating love and empathy for others. Perhaps that’s why so many meditators are involved in social work, psychotherapy, nursing, bereavement counseling, prison work, etc.

Myth #1 Meditation is about letting your mind go blank

Here it is, the all-time number one meditation myth — that meditation is about “making your mind go blank.” Sure, in meditation we aim to reduce the amount of thinking that goes on. Sure, just sit there for a few minutes watching all those pointless and even downright unhelpful thoughts bubbling up nonstop in the mind and you’d start to think that a blank mind would be preferable! But what would it be like to have a blank mind? Would you even be awake? Would you have any consciousness at all? Would you be able to know that your mind was blank? The confusion arises because we identify so much with our verbal thoughts (our inner self-talk) that we think that that’s all our experience is. And if we reduce or even stop our thinking (and that can happen) we assume that the mind must be blank. But a blank mind simply isn’t possible.

No, in meditation we aim to develop mindfulness — that’s mind-full-ness. When we’re mindful the mind is very much not blank. Rather, we’re aware of physical sensations, emotions, thoughts — and of how all those things interact with each other. The mind is so full of our present-moment experience that there’s less room for it to be full of useless thoughts, and instead we’re aware of the incredible richness of our experience — a richness that we overlook entirely when we spend our whole lives lost in thinking.

Bodhipaksa
Bodhipaksa has been meditating since 1982 and teaching since around 1989. He is a Buddhist practitioner and teacher, a member of the Triratna Buddhist Order, and a published author. He launched the Wildmind website on November 11, 2000. Bodhipaksa has published many guided meditation CDs, guided meditation MP3s, and books. He teaches in various meditation centers around the world. He is supported by donations from members of the Wildmind community. If you're interested in becoming a supporter and in getting access to more of Bodhipaksa's teachings, please click here to learn more about his meditation initiative.
meditation myths