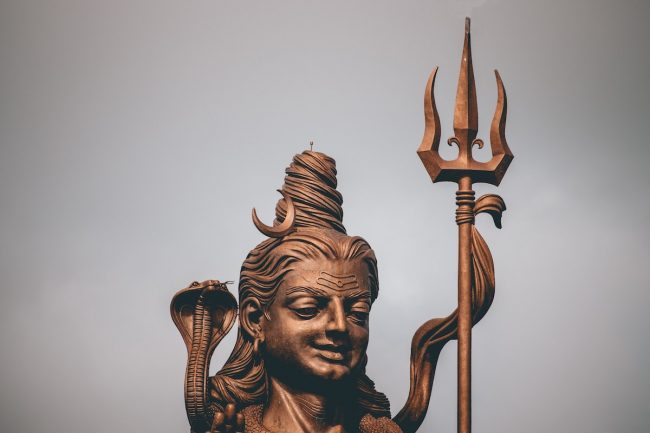 From time to time one of the teachings from the Buddhist tradition will niggle at me for one reason or another. Often it’s because my mind, on some level, is dissatisfied with the traditional interpretation.

Even some of the most common teachings of Buddhism, like the four foundations of mindfulness or the twelve links of dependent origination have sometimes struck me as being a bit off, and I’ve ended up reinterpreting them in a way that makes more sense to me.

This recently happened with a teaching on “Three forms of suffering (dukkha)” The traditional interpretations struck me as being a bit random, and I could feel that niggle deep in the belly.

Here’s one interpretation of this teaching (edited for length):

Suffering or Pain (dukkha-dukkhatā). Ordinary suffering, as defined by the English word, is one form of dukkha. This includes physical, emotional and mental pain.

The last form of suffering is often described as “the suffering of conditioned existence,” meaning that unenlightened life is inherently unsatisfactory.

I wasn’t sure at first what was bothering me about this teaching, but eventually I realized that it was repetitive. The third category of suffering encompasses the other two. Impermanence or change (this isn’t change as such but change in the sense of “reversal of fortune”) is just an example of “conditioned states.” So is ordinary suffering.

I dislike this untidiness.

Also adding to my unease is the fact that the author I’ve quoted above has done something that’s common when there’s some uncertainty about the meaning of a Buddhist formula; she’s changed the order of the terms. In the scriptures the order is always dukkha-dukkhatā (oridinary pain), sankhāra-dukkhatā (“conditioned states”), and then vipariṇāma-dukkhatā (the pain of reversal of fortune). The about.com author has flipped the last two terms, presumably since “conditioned states” is the most general term, referring to some supposed “universal” kind of suffering. Actually, it’s not strictly speaking her that’s switched the order around; she’s just following a tradition of earlier teachers who have done the same thing.

As it happened, this teaching of three forms of suffering and another teaching on dukkha kind of collided one day in my mind. In the Sallasutta (Discourse on the Arrow) the Buddha talked about two “arrows” of suffering: our initial pain and the pain we give rise to in response to that by resisting, whining, and wishing things were otherwise.

As the Buddha put it:

The first of these forms of pain is unavoidable. The second is not. So as they say, “pain is inevitable, suffering is optional.”

But the same passage talks about how clinging to pleasure can be another response to the first arrow, and how this too leads to suffering:

So it seems to me that we have here three forms of suffering.

To give an example of these three forms of dukkha: I feel lonely right now because my wife and kids are away for the weekend on a family visit. The loneliness is “dukkha-dukkhatā.” It’s what we would call “mental” pain, but it’s experienced as heart-ache and a sense of emptiness in the pit of my belly, so it’s really what the Buddha is talking about as “physical”.

But then I find myself moping around, telling myself how sucky my life is, or perhaps telling myself I should be more “detached.” Either way I suffer again. This is fabricated suffering, or sankhāra-dukkhatā.

Alternatively, I might try to suppress my loneliness by eating too much potato salad (confession: this is exactly what I did!). And while I’m spooning the potato salad into my mouth, I experience pleasure. (It’s really delicious — flavored with shallots.) But the potato salad comes to an end, and I’m still feeling lonely. That’s the suffering that comes when our avoidance mechanisms reach the end of their course: vipariṇāma-dukkhatā.

There’s one fairly well-known discourse that illustrates these three forms of suffering using examples, much as The discourse is the Cūḷadukkhakkhandhasutta, or “The Shorter Discourse on the Mass of Suffering.” In this sutta the Buddha teaches his fellow countryman, Mahānāma the Sakyan, about the importance of finding skillful alternatives (in the form of meditative happiness) to the pleasures of the senses. And at one point he explains who suffering arises from sensual pleasures.

That gentleman might try hard, strive, and make an effort, but fail to earn any money. If this happens, they sorrow and pine and lament, beating their breast and falling into confusion, saying: ‘Oh, my hard work is wasted. My efforts are fruitless!’ This too is a drawback of sensual pleasures apparent in this very life, a mass of suffering caused by sensual pleasures.

That gentleman might try hard, strive, and make an effort, and succeed in earning money. But they experience pain and sadness when they try to protect it, thinking: ‘How can I prevent my wealth from being taken by rulers or bandits, consumed by fire, swept away by flood, or taken by unloved heirs?’ And even though they protect it and ward it, rulers or bandits take it, or fire consumes it, or flood sweeps it away, or unloved heirs take it. They sorrow and pine and lament, beating their breast and falling into confusion: ‘What used to be mine is gone.’ This too is a drawback of sensual pleasures apparent in this very life, a mass of suffering caused by sensual pleasures.

The first of these paragraphs corresponds to dukkha-dukkhatā. It’s the inevitable suffering that a businessperson, looking for happiness through there work, would experience. It’s very simple things like being too hot, being too cold, being bitten by insects, and so on. This is the first arrow.

The second paragraph corresponds to sankhāra-dukkhatā. Here the businessperson is seeking wealth through their work, but sometimes that’s not going to arise. And the result is the self-pity that was described as being the second arrow.

The third paragraph corresponds to vipariṇāma-dukkhatā. Even if the businessperson is successful in gaining wealth, there will be fear involved, because they might lose it. And if they lose their money through a reversal of fortune, any pleasure they’d had would be replaced by suffering. This is the suffering of reversal.

These teachings in the parable of the two arrows and the three forms of suffering from the Sallasutta and the Cūḷadukkhakkhandhasutta match up perfectly. The terms are in the same order in both teachings. The redundancy of having the pain of “conditioned states” as well as two specific kind of painful conditioned states is removed. And we are able to take sankhāra to have its very basic sense of “constructed” rather than taking it to refer to the entirety of the phenomenal universe, which makes the whole teaching more practical and down-to-earth.

It’s a minor realignment of the teachings rather than any kind of deep insight, but it’s good to get rid of these niggles.

There’s a lesson in here about how our exposure to commentarial literature (including contemporary books and websites) can make it hard for us to appreciate what the Buddha taught. Most of us first learn about Buddhism from books about Buddhism, which are often based on other books about Buddhism (and so on, and so on). We believe that there are three forms of suffering, with the third being “the suffering inherent in conditioned existence.” That’s not what the Buddha taught, but because we’ve been indoctrinated we either don’t look at his teachings or we fit what we see into what has become a preconception.

Note how this phenomenon of the commentaries blinding us also happens with the teaching of the “two arrows.” Dozens of books explain these, but neglect to mention the third form of suffering. And so even if we read the sutta we’ll likely not pay as much attention to the third kind of suffering as we do to the other two.

Finally, I find it a relief, in this instance, to get rid of the rather slippery teaching of “the conditioned.” This term makes me very uncomfortable because people use it as if it refers to a kind of metaphysical realm which is opposed to another metaphysical realm called “the unconditioned.” If the Buddha, in the Sallasutta was not speaking metaphysically, but was simply saying “there is suffering that we fabricate for ourselves,” then I wonder in how many other places we’re misinterpreting the terms “conditioned” and “unconditioned” (which are really “fabricated” and “unfabricated”? Maybe in other places those terms simply mean “something is created” or “something is not created”? Maybe those teachings too are not metaphysical?

Bodhipaksa
Bodhipaksa has been meditating since 1982 and teaching since around 1989. He is a Buddhist practitioner and teacher, a member of the Triratna Buddhist Order, and a published author. He launched the Wildmind website on November 11, 2000. Bodhipaksa has published many guided meditation CDs, guided meditation MP3s, and books. He teaches in various meditation centers around the world. He is supported by donations from members of the Wildmind community. If you're interested in becoming a supporter and in getting access to more of Bodhipaksa's teachings, please click here to learn more about his meditation initiative.
Buddhism, dukkha (suffering)
Menu