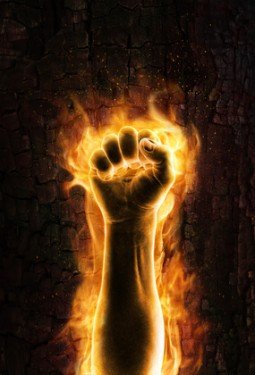 Goodwill and ill will are about intention: the will is for good or ill. These intentions are expressed through action and inaction, word and deed, and-especially-thoughts. How do you feel when you sense another person taking potshots at you in her mind? What does it feel like to take potshots of your own? Ill will plays a lot of mini-movies in the simulator, those little grumbling stories about other people. Remember: while the movie is running, your neurons are wiring together.

Ill will tries to justify itself. In the moment, the rationalizations sound plausible, like the whisperings of Wormtongue in The Lord of the Rings. Only later do we realize how we have tricked ourselves.

And often our attempts at payback just get in the way of balls already ricocheting back toward the person who sent them flying in the first place.

As I wrote in last week’s JOT, Ill will creates negative, vicious cycles. But that means that good will can create positive cycles. Plus good will cultivates wholesome qualities in you.

Be Aware of the Priming
Be mindful of factors that stimulate your sympathetic nervous system – such as stress, pain, worry, or hunger – and thus prime you for ill will. Try to defuse this priming early on: eat dinner before talking, take a shower, read something inspiring, or talk with a friend.

Regard Ill Will as an Affliction
Approach your own ill will as an affliction upon yourself so that you’ll be motivated to drop it. Ill will feels bad and has negative health consequences; for example, regular hostility increases the risk of cardiovascular disease. Your ill will always harms you, but often it has no effect on the other person; as they say in twelve-step programs: Resentment is when I take poison and wait for you to die.

Investigate the Triggers
Inspect the underlying trigger of your ill will, such as a sense of threat or alarm. Look at it realistically. Are you exaggerating what happened in any way? Are you focusing on a single negative thing amidst a dozen good ones?


Study Ill Will
Take a day and really examine even the least bit of ill will you experience. See what causes it and what its effects are.

Settle Into Awareness
Settle into awareness, observing ill will but not identifying with it, watching it arise and disappear like any other experience.

Accept the Wound
Life includes getting wounded. Accept as a fact that people will sometimes mistreat you, whether accidentally or deliberately. Of course, this doesn’t mean enabling others to harm you, or failing to assert yourself. You’re just accepting the facts on the ground. Feel the hurt, the anger, the fear, but let them flow through you. Ill will can become a way to avoid facing your deep feelings and pain.

Relax the Sense of Self
Relax the sense of self. Experiment with letting go of the idea that there was actually an “I” or “me” who was affronted or wounded.

Have Faith in Justice
Have faith that others will pay their own price one day for what they’ve done. You don’t have to be the justice system.

Don’t Teach Lessons in Anger
Realize that some people won’t get the lesson no matter how much you try. So why create problems for yourself in a pointless effort to teach them?

Forgive
Forgiveness doesn’t mean changing your view that wrongs have been done. But it does mean letting go of the emotional charge around feeling wronged. The greatest beneficiary of your forgiveness is usually you.

What great advice – and so relevant for me today!

Yes, I will use the techniques to make my living more natural instead of a struggle.