Transforming hurt and anger through self-compassion 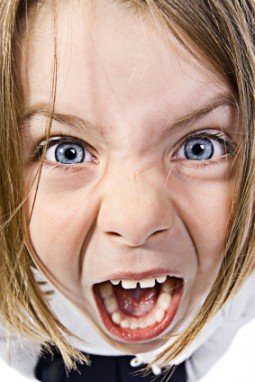 The practice of self-compassion is a powerful tool for transforming our lives, freeing us from emotional ruts and unleashing a more joyful and creative approach to life.

Anger can erupt at any time, especially in our crowded and fast-paced world. We’ve probably all had experiences like getting into a “flame war” in a discussion forum, or having a heated email exchange with a friend, or have found ourselves driving dangerously after being cut off, or becoming enraged while going round in circles in some company’s automated telephone menu.

When properly handled, anger can be a useful and even a necessary emotion. Anger can help us get through to other people when there’s a sense of urgency that they fail to appreciate. It gives us energy. It can help defend us. But anger can easily run out of control and turn into a raging fire that harms ourselves and others. And repeated anger can turn into long-term hatreds that poison our lives.

So how do we deal with anger? Sometimes, in our efforts to prevent anger from getting out of hand, we negate ourselves and repress our rage, becoming martyrs. While that may seem to prevent conflict with others, it’s deeply harmful to us. In effect our anger goes inwards. Instead of hurting others, we hurt ourselves. So denial and repression don’t seem to work.

So the question is, how can we honor ourselves and our feelings without letting anger take us over? In my work as a meditation coach, I teach an approach to lovingkindness that helps us to recognize where anger comes from, and that prevents it arising in the first place—or prevents it getting out of hand if it does. And it’s an approach that doesn’t involve suppression or “being nice.” It’s an approach based on the Buddhist understanding of psychology, which draws a distinction between feelings and emotions.

Feelings are, in this view, fairly basic responses, experienced in the body, that tell us whether a particular thing we perceive is pleasant, unpleasant, or neutral. As soon as we perceive anything, we have a feeling about it. Take a look around you at the moment and allow you eyes to roam around the room, allowing your gaze to rest on a succession of objects. As you do this, notice any feelings that arise. You might want to particularly pay attention to the area of the solar plexus, just below the breastbone. Some of the things I notice right now are accompanied by pleasant feelings: a colorful screensaver on a computer monitor on the other side of the room, a picture of some flowers, a woodcut print I picked up in Ethiopia, and a wooden statue of the Buddha. Some are accompanied by unpleasant sensations: a pile of paper by the shredder, a stack of mail, and a measuring tape that I forgot to put away, lying on the desk. In fact I almost have to force my gaze onto these objects, because I resist paying attention to them. A few of the things my eyes rest on are accompanied by neutral feelings: the wall, the beige curtains, some DVDs on a shelf. I just have no interest in them.

Feelings, in this specific sense of the word, are our personal responses and aren’t inherent in the objects we encounter. Another person, for example, might experience strongly unpleasant feelings looking at my Buddha statue, or feel a pleasant sense of anticipation to see what movies I have in my collection, or might find the stack of papers pleasant because they enjoy organizing!

And the feelings we experience can change, depending on the context. There are times when just seeing or thinking about a partner or family member brings a rush of joy, and other times that it’s quite the opposite. Feelings are not inherent in objects. They come from us.

And we’re always “projecting” these feelings onto the world around us. Atop of the world of simple perceptions, we overlay our feelings, which tell us what we value at any given time. Our feelings are filters that stand between us and the world, and which tell us what we value in any particular moment—what we value both positively (“this could benefit me”), or negatively (“this could be a threat”), or what we see as having no value to us because it’s not relevant to our needs for happiness and security.

So far we’ve only discussed feelings. What about emotions? Emotions are much more complex. They arise as responses to feelings, and suggest to us how we should act in response to those feelings. Emotions generally lead to action, and in fact the word “emotion” comes from a root meaning “to move.” Emotions are what move us to engage. For example, imagine you see a close friend passing on the other side of the street. You’ll probably experience a feeling of pleasure, which we’d call joy. On the basis of that joyful feeling arises an emotion—say a longing to connect with them. And that emotion translates into action—it moves us to act—so that you might give them a shout and a smile and a wave. Or we see someone who we don’t like being rewarded in some way, and that feels unpleasant. And we may experience the emotion of anger, or resentment. And that might cause us to speak in a derogatory way.

Feelings are often fleeting, and can easily be drowned out by the powerful emotions that spring from them. Here’s a common experience: we’re driving along the road, and someone cuts us off, coming way too close for comfort. Immediately a tight knot of fear (a feeling) appears, but then our emotions kick in and we’re suddenly angry. Really angry! And thoughts gush forth of all the things we’d like to do to that inconsiderate so-and-so. And we may stay angry for quite some time, because the fear and anger are unpleasant, and once they exist they find reasons to perpetuate themselves, by recalling, for example, other times we were scared and angry.

So before the surge of anger arises, there is a brief moment of painful fear, anxiety, or hurt that arises in response to events around us. Often we don’t acknowledge or notice those feelings. In some cases we don’t even want to notice them. Say we’re been taught that feeling hurt is a sign of weakness; we don’t want to acknowledge our vulnerability, and so we skip quickly on to the anger, because then we can have fantasies in which we reestablish our sense of power and control—for example we imagine we’re yelling at the person we’re angry with.

Whatever the situation, when anger arises there’s a great risk that we’ll do something we regret. We might say something that’s going to come back and bite us, or we might damage a relationship, or break something, or even hit someone. And anger in itself is on the whole a painful state to be in.

But what would happen if we got better at recognizing those often-fleeting feelings? What if we just stayed with our feelings, rather than letting them trigger the emotional response of anger?

Catching our anger before it starts

Taking our awareness ‘beneath’ our anger and fully acknowledging our pain can be a potent way to transform our anger.

With our pain held in the compassionate embrace of mindfulness and lovingkindness, we are able to let the the hurt pass naturally, without it triggering a cycle of anger.

There are two primary skills needed in order to relate to our pain in this way.

Second is lovingkindness, which is the ability to relate in a non-judgmental, caring way to ourselves and others. Lovingkindness allows us to experience pain and to simply allow it to be. It allows us to value pain as a normal part of being human, rather than as a sign of failure. It allows us to get close to our pain without being overwhelmed by it.

So let’s revisit an example we used earlier. This time we’re driving along, and someone cuts us off. A fleeting moment of fear appears in the solar plexus, and we notice this. Recognizing that we’re in pain, we acknowledge our hurt and embrace it with lovingkindness. We treat it just as we would a hurt child; we hold it in a loving embrace. And anger simply doesn’t appear. The pain that’s arisen will pass in a few moments or in a few minutes, because once the initial perception of danger has passed, there’s nothing to support the fear.

What’s happened in doing this is that we’ve created a degree of freedom from our usual mental habits. Our mindfulness has created a “gap” between feeling and emotion, so that anger simply doesn’t arise. And in the mental space we’ve created, lovingkindness and compassion for ourselves naturally manifest. We may even find that this compassion automatically extends to others, including the person who cut us off. We’ve created a whole different experience for ourselves simply by paying attention to our fleeting feelings.

Even if anger does arise, we can usually “backtrack.” We can look for the pain underneath the anger, and switch our focus to that, once again embracing our hurt in a field of lovingkindness. And often any anger that’s arisen will just evaporate.

By honoring our pain and by responding to it with compassion, we are able to let go of our anger and to extend our compassion to those around us – including those who prompted our pain. Not caught up in the flames of anger and hatred, we manifest a warm, loving, aware space from which to respond to others, and unleash our creativity, finding intuitive responses to situations that we previously found maddening, whether it is listening to others’ unskillful communication, being cut off in traffic, dealing with unruly children, or coping with things not going the way we want them. Anger becomes a choice and not a compulsion – just one strategy among others that we can employ in responding to our world.

Bodhipaksa
Bodhipaksa has been meditating since 1982 and teaching since around 1989. He is a Buddhist practitioner and teacher, a member of the Triratna Buddhist Order, and a published author. He launched the Wildmind website on November 11, 2000. Bodhipaksa has published many guided meditation CDs, guided meditation MP3s, and books. He teaches in various meditation centers around the world. He is supported by donations from members of the Wildmind community. If you're interested in becoming a supporter and in getting access to more of Bodhipaksa's teachings, please click here to learn more about his meditation initiative.
anger, emotions, hurt, meditation and compassion, self-compassion, vedana